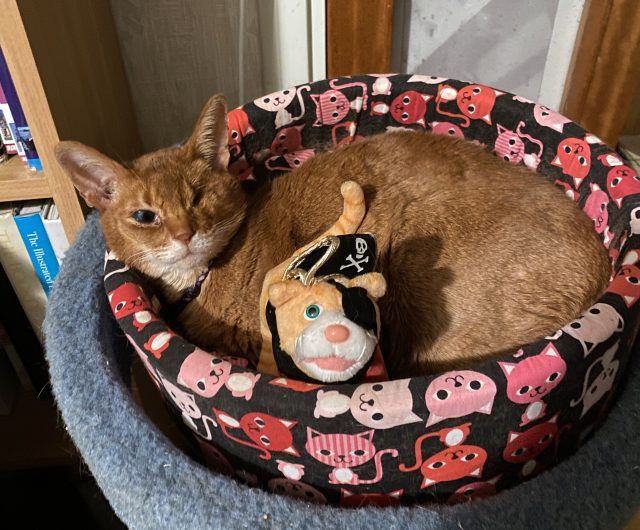 Last Monday, we rented a car and went to Tibro, Tidan, Toreboda and Hjo, four towns nearby Skövde that have an awesome used book store, a fantastic antique store, a retro 50’s diner and a huge toy store. 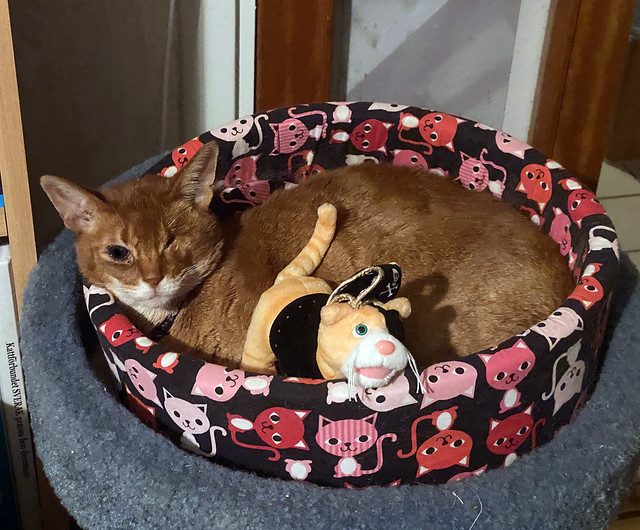 It was at the toy store in Tibro that I found a small plushie pirate in the form of a small ginger cat. 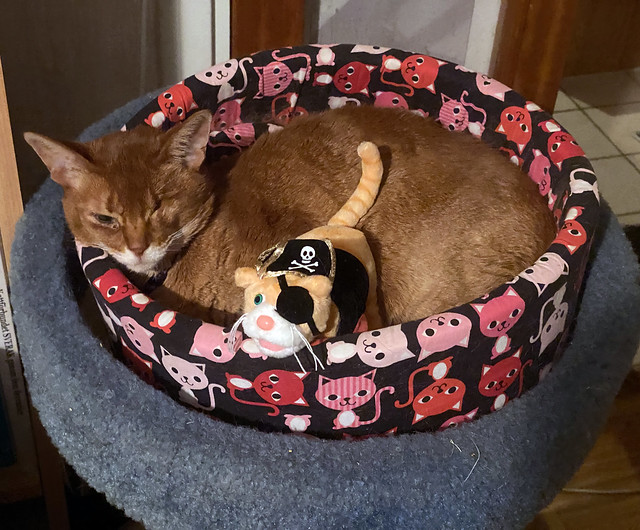 Of course, it instantly reminded me of a certain Aby I know who has been known to be a pirate at times. 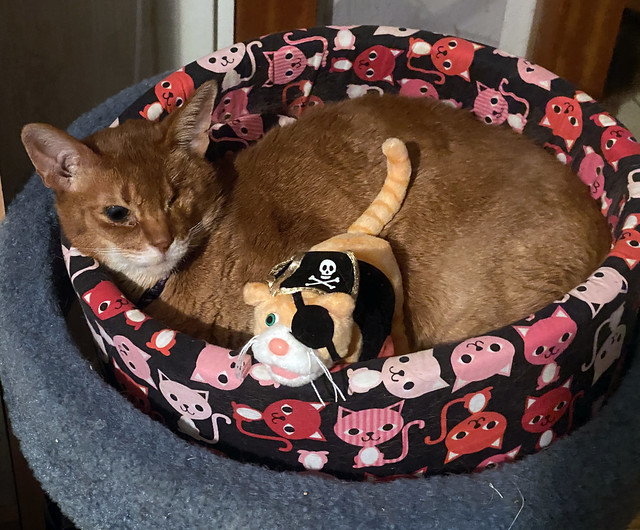 Turns out, this little dude is Oscar the Ginger Cat from an early 2000’s kids’ show called Merlin the Magical Puppy, which I have never heard of until now. 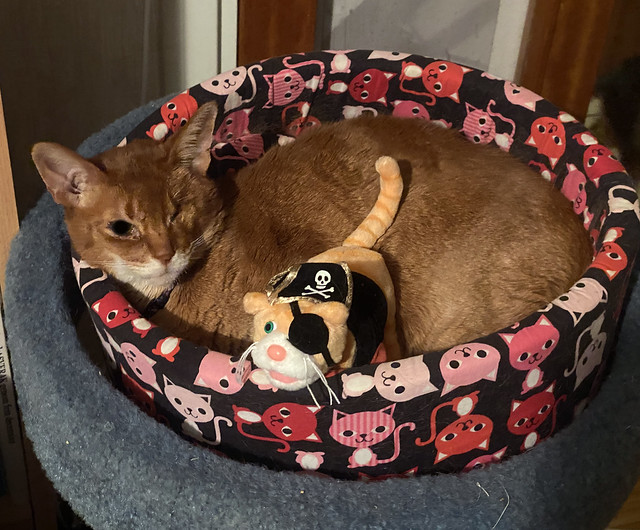 Okay, so it’s fairly random that, in a small town in Southwestern Sweden, I find a stuffed toy cat from a BBC kids’ show that ran from 2001-2003 that looks rather like my one-eyed Abyssinian…but that’s pretty much my life. Plus, there’s that little toothless mouth!