Last week I finally got a bike of my own! 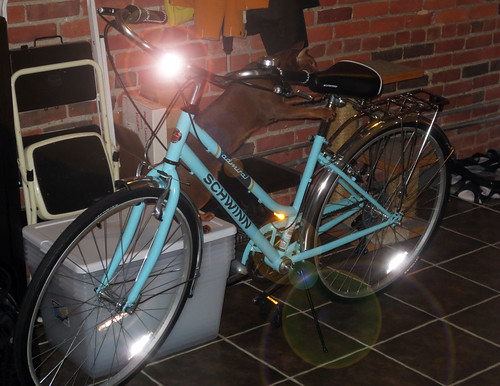 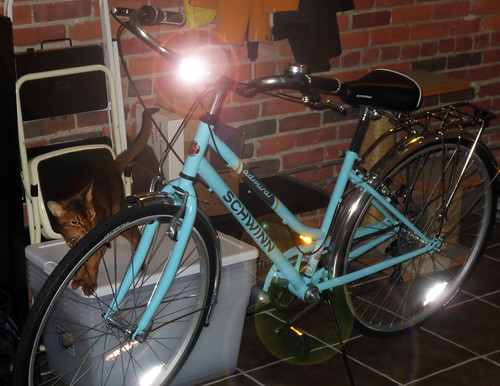 I’ve pretty much had bikes my whole life; my first was a little purple 1970 Schwinn HollyWood. Then I got my “big girl bike,” a 1974 Schwinn Breeze in “Opaque Blue.” My sister got that one (and she still has it!) and I got my mom’s Campus Green Breeze when my sister outgrew the HollyWood. The Breeze was a very heavy bike, so when I was college, I got my Bianchi. He was a men’s bike (and therefore a boy) and I named him “Nivalis” because he was white. Oh, I loved that bike…but I sold him in the mid-90’s. I’ve been bikeless since (except for a brief period in 2002)…until Hubway started up in Boston. That was convenient, for a while…until it became so popular it became hard to find bikes to ride and open spaces to park them. 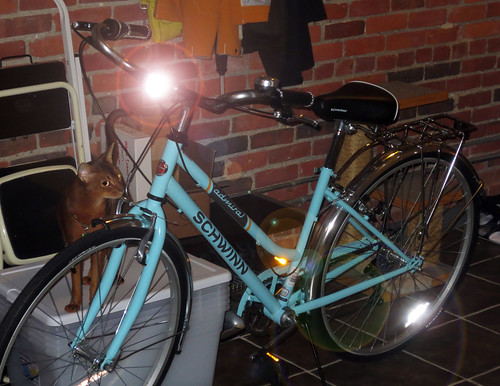 So I finally got my own bike. Another Schwinn, almost the same colour as my Breeze. Her name is Nähri (Finnish for jay). 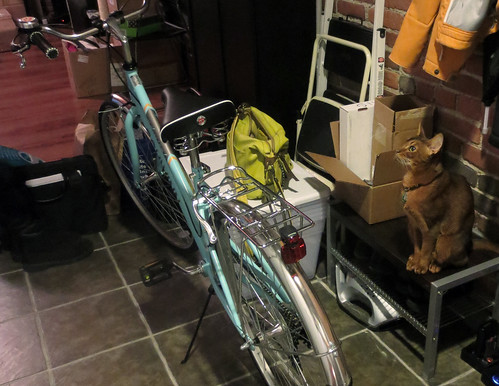 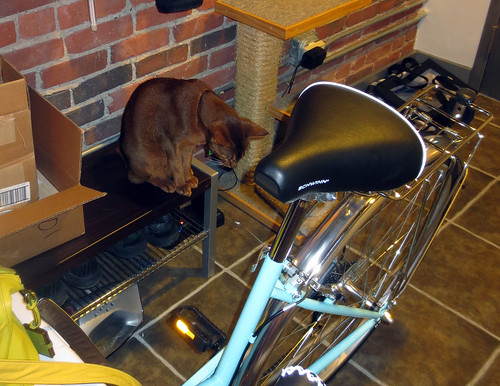 Of course, Jacoby was right there to check out the new arrival. 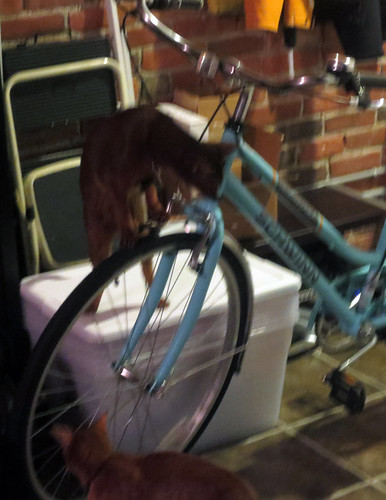 (Oh, how I wish this photo had been in focus!) 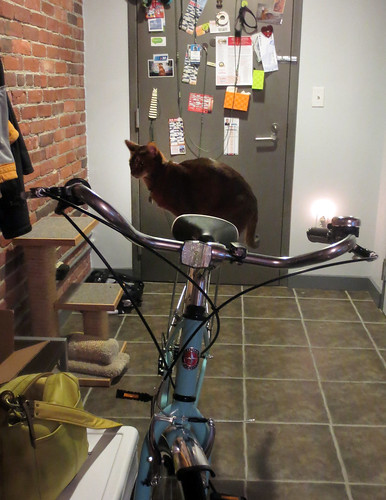 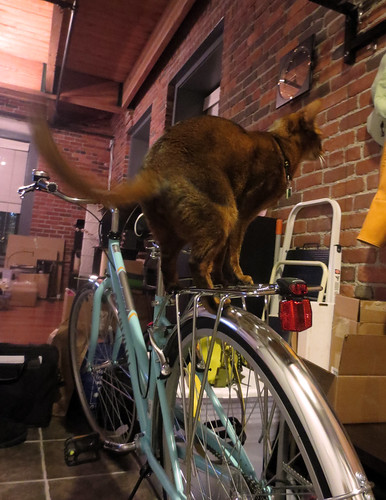 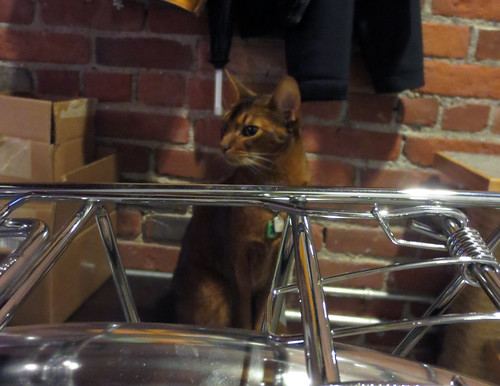 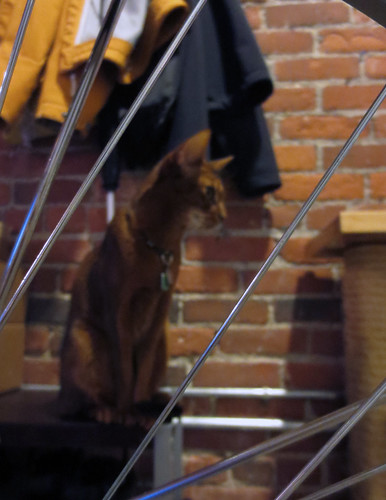 Abyssinians seem to innately understand the intricacies of human engineering.

Like drawers. To humans, drawers are fairly simple and straightforward.

But to a short being with no thumbs, drawers are wonderfully complex and mystical.

And while they may grasp the concept of how a drawer works, the ability to leverage that knowledge and actually open the drawer is quite another thing all together.

The recycle bin in our building yields some wonderful treasures. Recently, my husband found a discarded plastic dump truck. He thought it was cute and he thought we could keep cat toys in it.

It works quite well as a kitty toy box, as a matter of fact. Although I don’t think Angel likes us to put all the toys in one place.

It’s so hard to find the one you want when they’re all put away neatly!

And then half the time, it turns out that the one toy you really want isn’t even in the bin…

I’ve been thinking about Gun-Hee a lot lately, which isn’t that surprising considering the anniversary of his death just passed.

These photos were taken just before his first birthday. I had gotten some balloons at a work function and brought them home to see what he’d think of them.

The didn’t think much of the balloons themselves…but he was fascinated with the curly ribbons that the balloons were tethered by.

Compared to Jacoby, Gun-Hee was much more of a jumper. Gun-Hee could jump almost as high as the ceiling with a good leap. It was amazing to watch. Compared to his brother, Jake’s kind of a klutz.

Jacoby seems to have a more intense interest in the “shopping cart” than the other cats, Angel included.

He’s not at all bashful about getting right up on the cart and into the bags.

Jake is a very thorough investigator.

Needless to say, we don’t let him get this “up close and personal” when we come home from shopping at Petco!

We don’t tend to go grocery shopping often, so when we do, we buy a lot of groceries. Our building has carts for residents to use to get things up the elevator and to our units.

This, as you might expect, is very exciting to the Abys.

As soon as the cart is brought in, Jacoby and Angel are right there, ready to investigate.

Even though it’s a trolly full of bags, they know there’s food in there.

Angel’s examination is more methodical. Jake’s idea of investigation is to chew as many of the bags as he can before I catch him and make him stop.

They are such helpful cats, aren’t they? Of course, they don’t help put anything away…