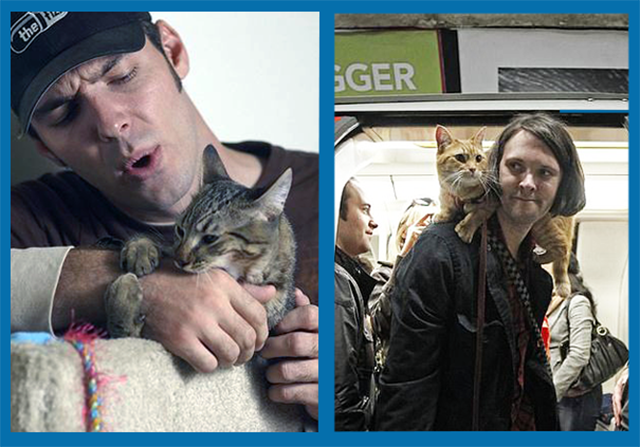 Sad news. Two of the world’s most famous cats have died this week. Sparta the Mean Kitty and Bob the Street Cat have died.

But on Sunday, 11 June, Sparta apparently had a saddle thrombosis and his back end was paralysed. Sobbing, Cory posted a short video to let Sparta’s fans know what was happening before he rushed to the vet. Sadly, there was nothing that could be done, and he had to be euthanised.

After Sparta was gone, Cory posted his last video on his Mean Kitty channel. He described what had happened, and thanked his followers. Sparta went from Southern California to Alaska to Oklahoma with Cory and his family. Over the span of 13 years, we followed the life of a man and his cat.

Then, today, Hodder & Stoughton and James Bowen announced the death of Bob the cat on 15 June at the age of at least 14 years on their Facebook page.

I’m sure most of you know about Bob from his books and movie. A busker living rough in Covent Garden selling newspapers meets a cat who decided that he wanted to adopt that human.

James Bowen says “Bob saved my life. It’s as simple as that. He gave me so much more than companionship. With him at my side, I found a direction and purpose that I’d been missing. The success we achieved together through our books and films was miraculous. He’s met thousands of people, touched millions of lives. There’s never been a cat like him. And never will again. I feel like the light has gone out in my life. I will never forget him.” And oh, how I understand how he feels…Jacoby wasn’t as famous as Bob…but I feel his light going out in his life sentiment.

May StarClan light your path, and you find good hunting, swift running, and shelter when you sleep, Sparta and Bob. You will be missed.

Sad news. Tardar Sauce, known worldwide as Grumpy Cat and possibly the most famous cat on the planet, died on Tuesday from complications from a urinary tract infection. She was seven years old.

She was an inspiration to all cats who wanted to become a meme, and if it wasn’t for her, Boston may never have had Strollercat. I was pleasantly surprised by her Lifetime show, Grumpy Cat’s Worst Christmas Ever and I love the Grumpy Cat Weather App. I can’t believe she died so young.

I drew her, once, in a cartoon about the “Aby smile.” She was surprisingly difficult ti draw! 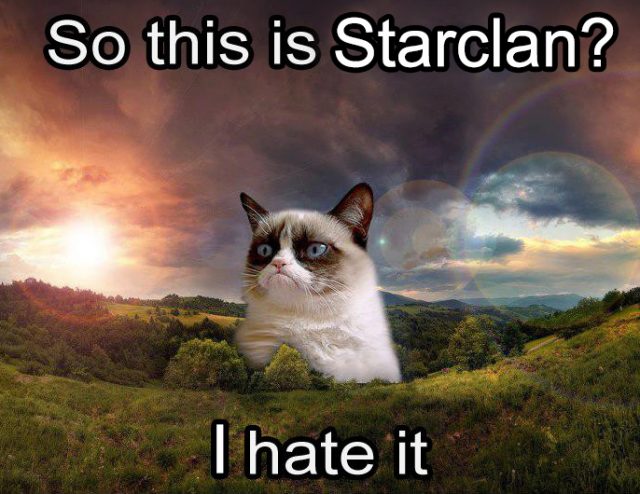 May StarClan light your path, and you find good hunting, swift running, and shelter when you sleep, Tardar.