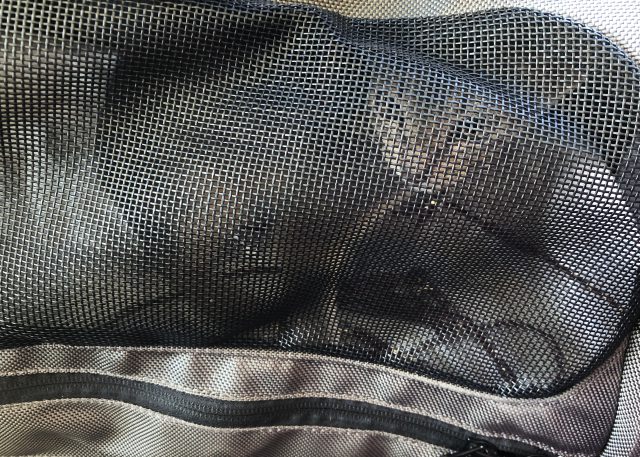 As I said yesterday, Lorelai has a small case of the sniffles. She had a goopy eye, but I gave her some Tobremycin drops, and it cleared right up, but she is still sneezing. 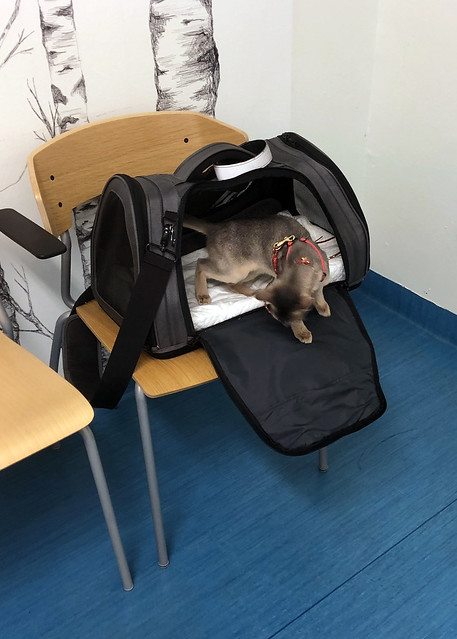 So we went out to Skultorp to visit Min Vetrinär. 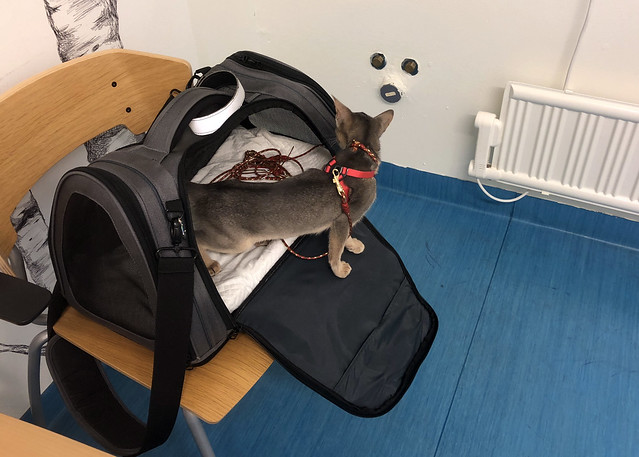 It took a few moments, but Rory embraced the vet’s examination room. 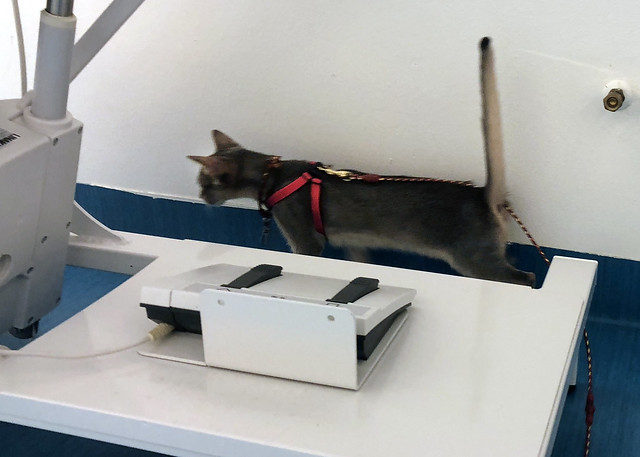 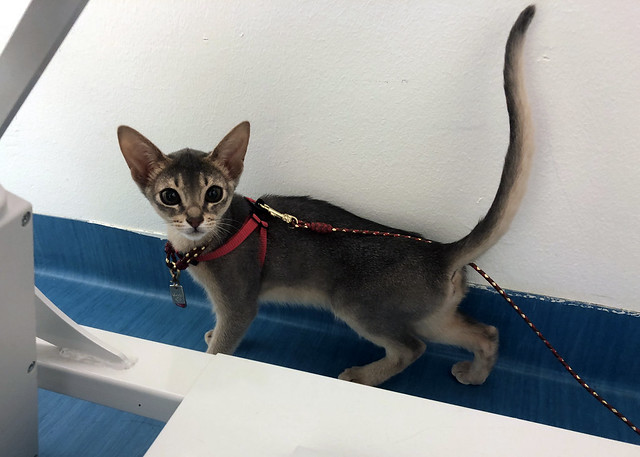 She was very happy to explore the exam room. 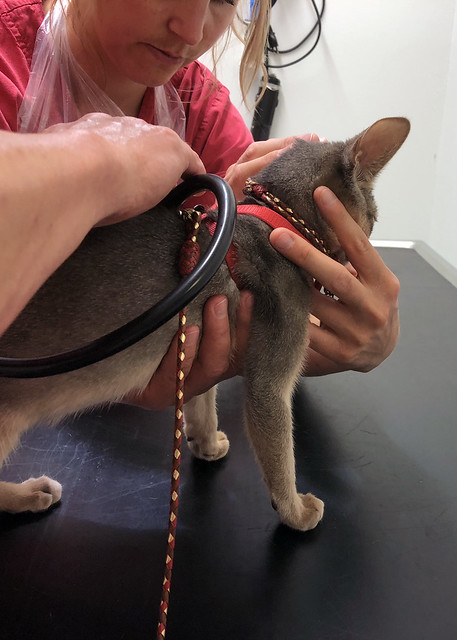 Even when the vet and her assistant were checking her over and taking samples from both her eyes, her nose and the back of her throat, she was still her usual happy self. 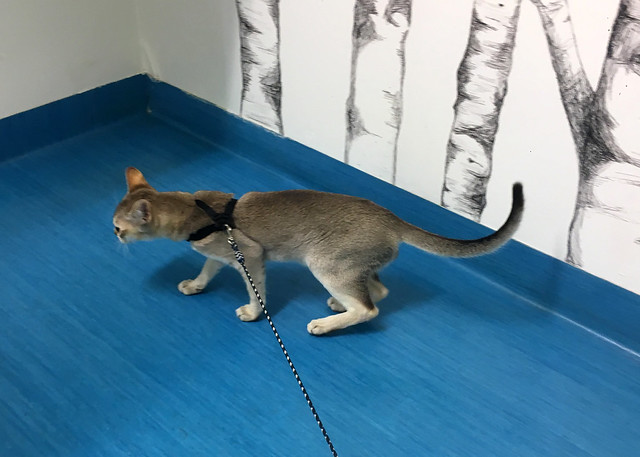 This visit was a bit bittersweet as we were in a room we haven’t been in since I took Logan there September last year. 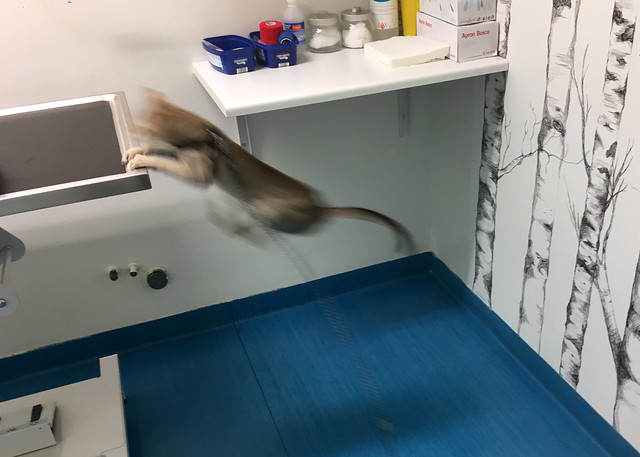 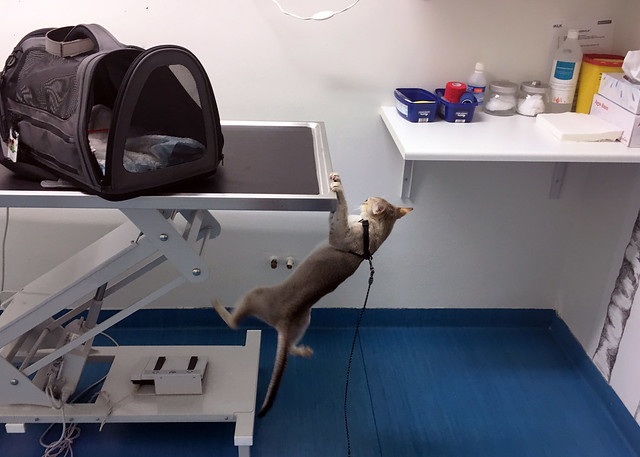 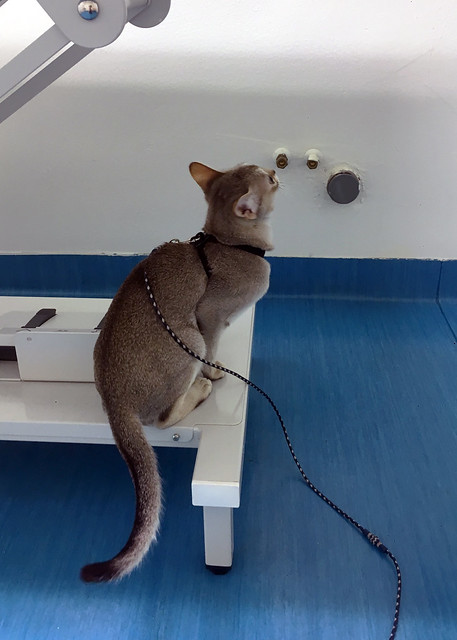 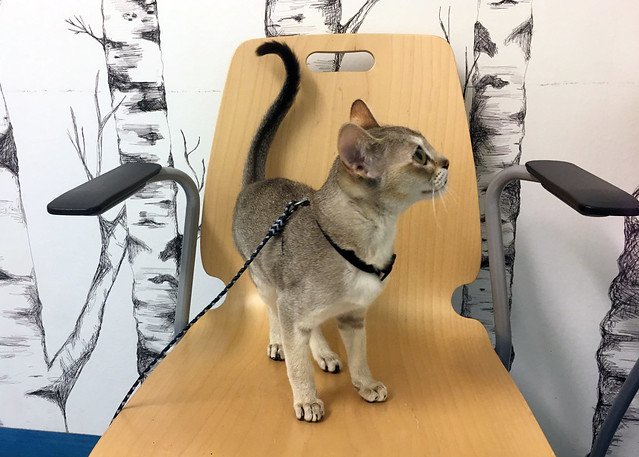 Not gonna lie, it was hard watching Rory move around the room I had last been in with Logan. 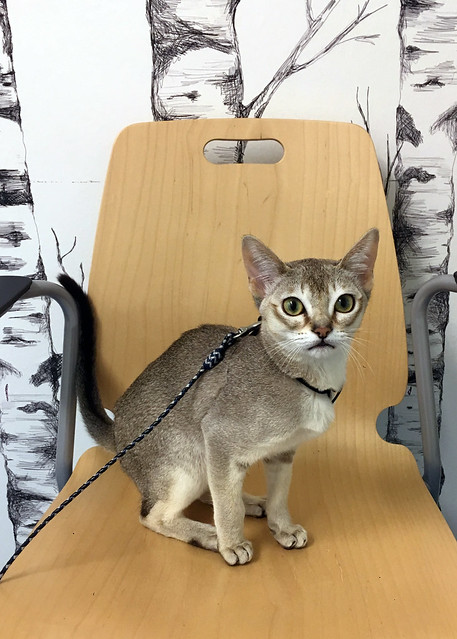 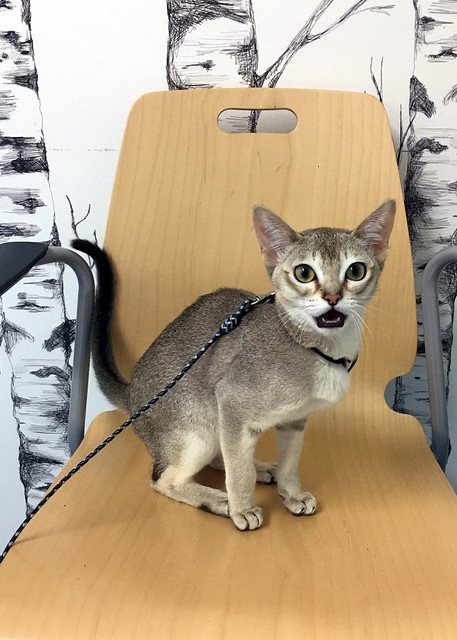 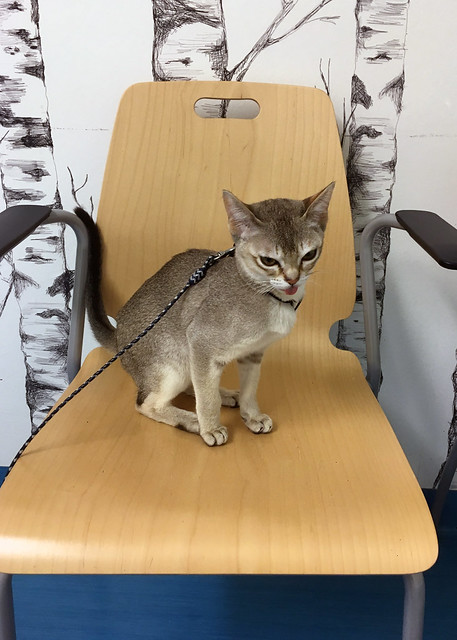 I miss him so much…

Just in time for Angel’s birthday, look at this article that the Winn Foundation posted this morning: Treatment of feline ocular herpesvirus infection.

The Winn Foundation selects several feline research projects to fund, and this year the Feline Herpesvirus study was one of those selected.

According to the Winn Foundation’s post: Feline herpesvirus-1 (FHV-1) typically causes respiratory disease in cats. However, chronic infections can cause severe eye disease that may lead to blindness. Currently there is no effective treatment for these chronic cases. Previous Winn funding has helped the investigators design a therapeutic agent – small interfering RNAs (siRNAs) – which use the cell’s own machinery to inhibit viral replication through the targeting of essential herpesvirus genes. The investigators have developed a nanoparticle delivery vehicle composed of chitosan, a nontoxic substance, to package these siRNAs for delivery into cells. The goal of this study is to develop a hydrogel, similar to a soft contact lens, for delivery of the nanoparticles. The hydrogel can be placed directly into the cat’s eye, allowing for successful drug uptake. This method will also provide extended continuous delivery of the FHV-1 specific siRNAs into the cells of the cornea. This study will potentially lead to development of a product suitable for use in cats’ eyes for the treatment of FHV-1 infections.

This would be a tremendous breakthrough for cats like Angel. I give her L-Lysine treats and L-Lysine powder in her food everyday, but her remaining eye is still very runny and goopy; it’s been shown that ingesting L-Lysine with food isn’t the best way to get it into a cat’s system, but she won’t eat the gels or let me give her L-Lysine pills. However, it sounds like this is even better than L-Lysine, since it actually acts as an antagonist to the Feline Herpesvirus rather than just blocking it. And the fact that it goes directly into her eye, which is the source of the problem, makes it that much more attractive.

Let’s hope that this treatment works, and gets onto the market ASAP!

I’d been noticing that Gun-Hee’s ears were really waxy. More so than any other cat I’ve ever had, apart from kittens with earmites…and I seriously doubted that Gun-Hee had earmites.

And when I say “waxy,” I mean really waxy. I would get four Q-Tips – both ends! – full of dark-brown, viscous wax every day. Now, when Gun-Hee was a tiny kitten, he had an upper respiratory illness, and it is thought that he has Feline Herpes Virus. Harri had this, too; it’s just always in the body (like the human version) and it flares up because of stress (Harri would get a “cold” everytime he got his vaccines). The last time Harri had a flare-up, I asked the vet if Kylie, then very young, should be kept apart from him. The vet told me that if she wasn’t sick already, she’s most likely developed an immunity, the same as Patrick (who has never had a “cold” in 10 years) and Tessie most likely have.

I did a little reading and wondered if he might have a Feline Herpes Virus-related ear problem (in which case it would likely be chronic and I’d be told to give him L-Lysine, which he’s already taking on a daily basis. But if his ear problems weren’t Herpes-related…then what? My reading indicated it might very well be a yeast or bacterial infection.

So last Saturday, I took Gun-Hee into the vet to have his ears looked at. And, well…I was right. It wasn’t Herpes-related, and it was probably a bacterial or yeast infection (or a combination of the two). He was prescribed Tresaderm, four drops in each ear twice a day for 10 days.

Today is day five, and the improvement is remarkable. I can tell it’s working…Gun-Hee won’t hold still for the eardrops as nicely as he did on Saturday and Sunday. By yesterday, he knew that my shaking the bottle was his cue to run away and hide…

He’ll have to go back in for a follow-up, probably when Kylie goes for her annual in August. But it’s nice to be able to do a little research (both online and in books) and come up with pretty much the reason why something is happening.