This upcoming weekend is NEMO’s seventh annual show! You may remember that I did a drawing of Marlin playing craps, because the theme of the show this year is “Lucky 7’s” with a Vegas theme. 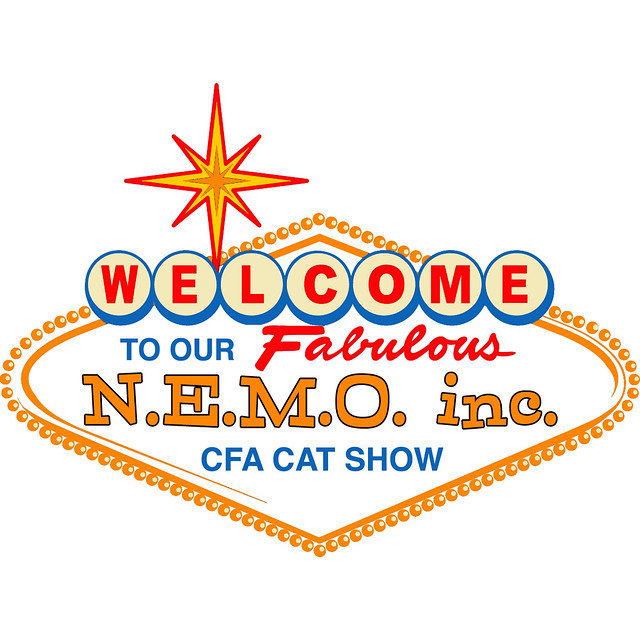 I also made this spoof of the infamous Vegas sign for the club to use as incidental art. I don’t know if they used it, but it was fun to make. 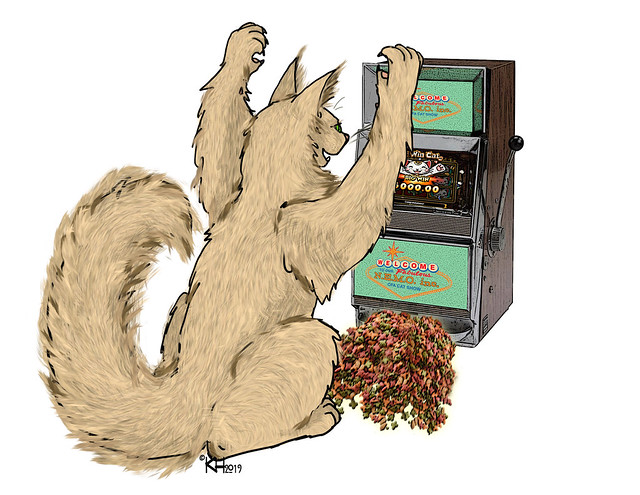 For the cover of the program, Iris and I brainstormed other Vegas gambling motifs, and I came up with Marlin winning cat food from a slot machine. And, even better, I was able to incorporate my Vegas NEMO sign. I’m pretty proud of how it turned out; Iris said she thought it was one of my best! I wonder what the theme will be next year?

Logan is entered in a cat show this weekend in Örebro, a town about 146 km northeast of Skövde. I will do more in-depth posts about the FIFe shows that Jacoby and Logan have gone to, but for now, here are a few snaps of Logan’s budding show career. 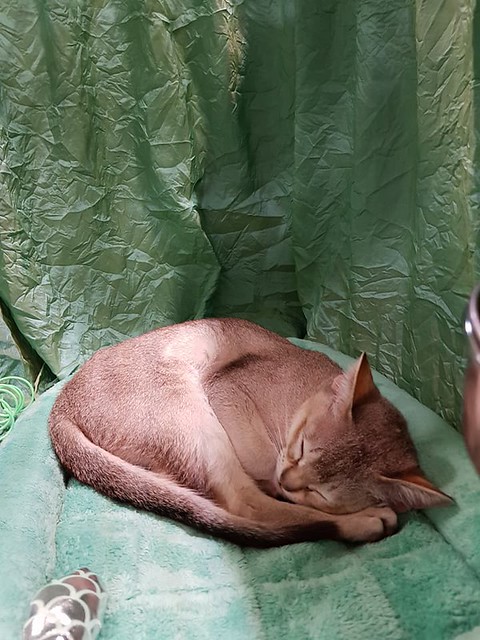 Here is Logan at his very first show in Stockholm, back in August. He was just five months old, entered in the Kitten class (4-7 months old), of course. You can see how stressed out he was by the experience.

At his second show, in Västra Frölunda (near Göteborg), he got to see his sister Iris again!

That was a lot of fun.

Then in November, he went to his first and only show as a Junior (7-10 months old), and it was also his first international show. We took the ferry from Stockholm to Helsinki.

He also got his first Nomination! It’s kind of like going to the finals. It’s hard to explain.

At this show, though, we happened to meet a lovely Maine Coon…who was around the same age as Logan! Yes. These guys were both showing in the Junior class. This is what the largest breed of cat and the smallest breed of cat look like next to each other. 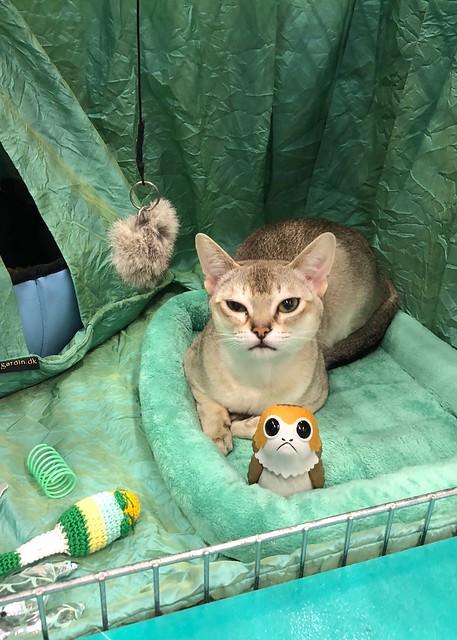 This weekend’s show is Logan’s first as an Open, which means now he starts earning points towards his Championship, Grand Championship and beyond! 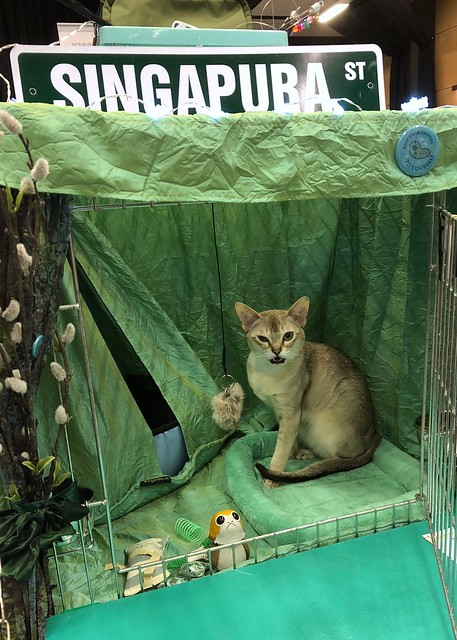 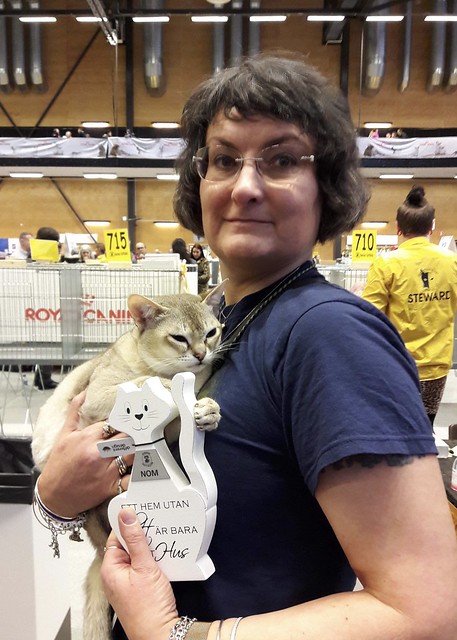 At the end of the day, Logan was not named Best in Show by the panel of judges, losing to an International Champion black-spotted Bengal. To put that into perspective, Jake is an International Premier, the alter version of the same level; basically rookie Logan went up against a cat like Jake. But he beat two British Shorthairs to get there (one of which was a lilac International Grand Champion, so a level higher than Jake), so as a representative of the newest breed in FIFe, that is not at all bad.