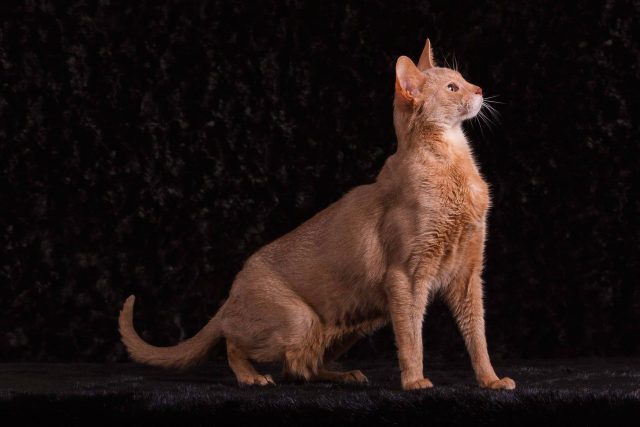 Sad news from my friend Kim…her fawn boy, Reggie, died yesterday. He had several tumours in his organs and a polyp in his nostril. He was only 13½. 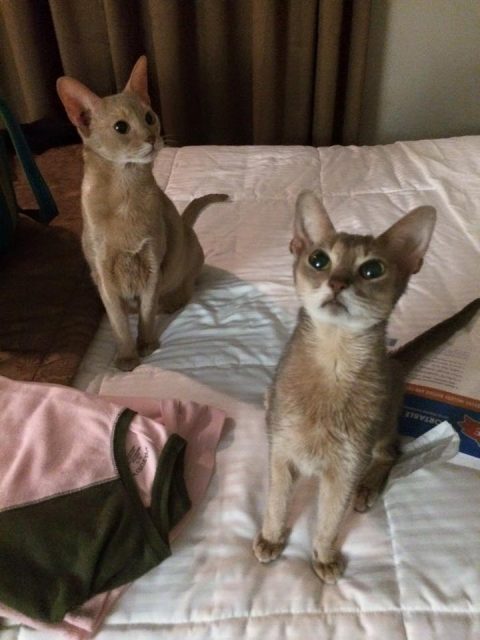 Kim adopted Reggie and his sister Cheri when they were 10 years old after their human went into an assisted living facility. She got them from Northeast Aby (and Somali) Rescue (NEAR) just before Christmas, 2015. Sadly, Cheri died from the same multiple tumours in multiple organs only a couple of months after Kim adopted them. 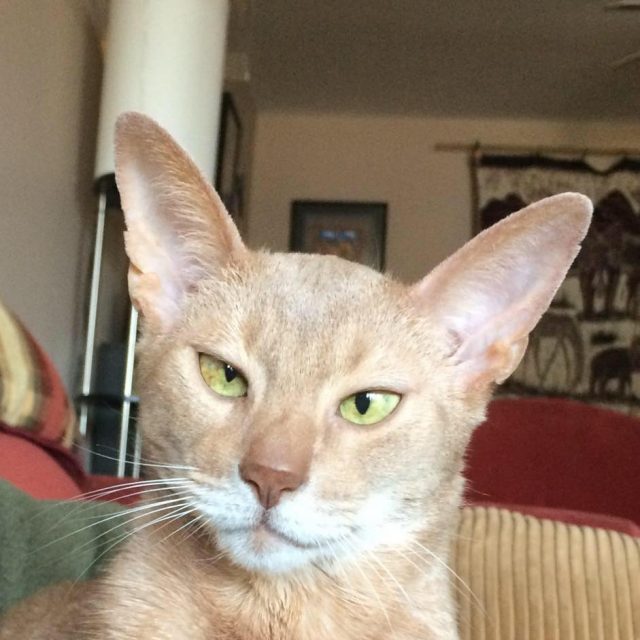 Here is Reggie last October on his last birthday (which was celebrated late because Jacoby’s Uncle Clancy had just died. He was so adorably crosseyed, and a drooling, purring cuddler. I’ll miss seeing his photos. My heart has joined the Thousand, for my friend has stopped running today. Sleep well in Tuonela, lovely Reggie.