Whilst Sweden celebrates two weeks later, today is Mother’s day in North America. To celebrate, here is everyone with their mother. First we have Alfred with his brother Bertil with their mother, S*Truly Cosmic Nailah. 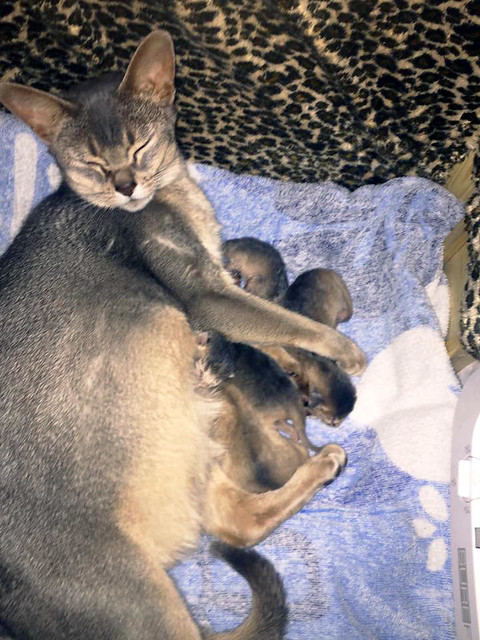 Here we have Lorelai with her brothers and sister and their mother, S*Primuz-Zezam Kajza. 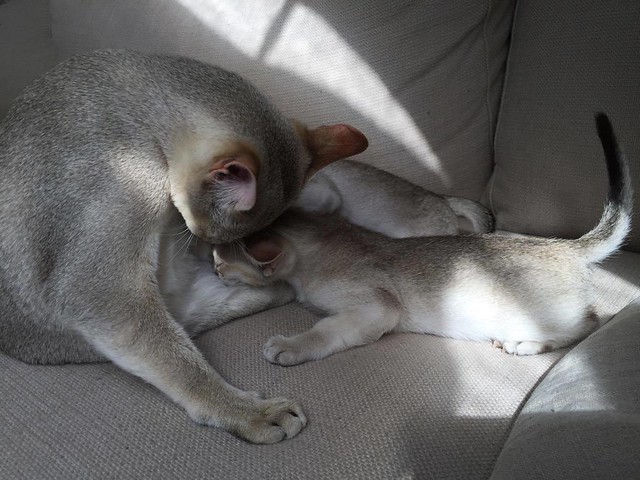 Here is Logan with his Boston-born mum, Sopan Naina-of-Melur. 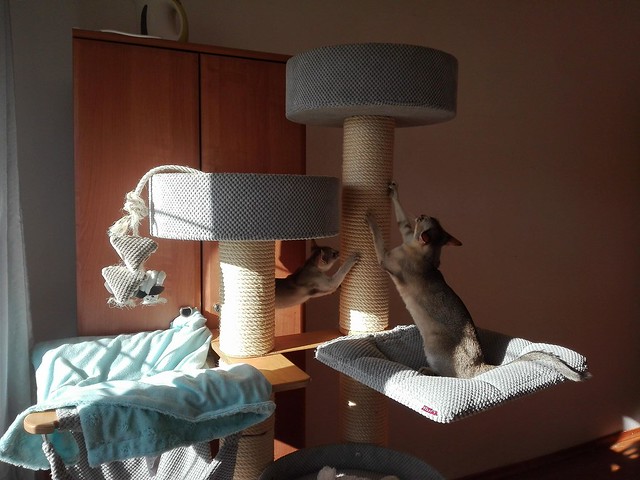 Here is Izaak being taught to scratch properly by his mum in Poland, Angelina Minimali*PL. 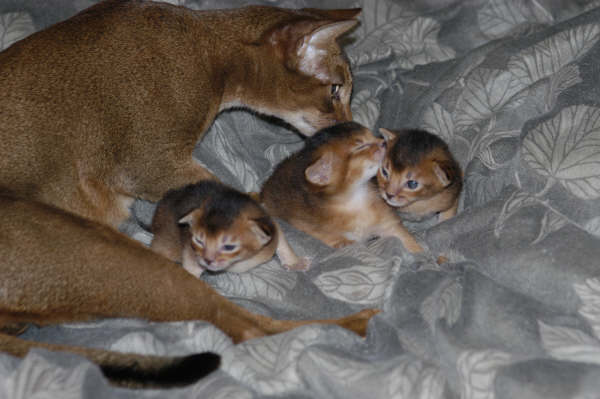 Jacoby, his sister and brother, and their mother, Instincts Catalina of Pellburn. 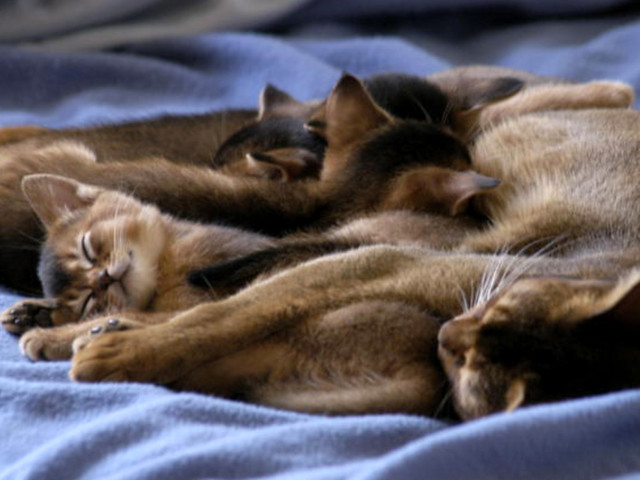 And finally, one of my favourite family photos of all time…Gun-Hee with his brother and sisters and their mom, Marica’s Bright Amber of Pellburn. I am grateful to the breeders who took all the above photos except the one of Freddy and his mum…it means so much to be able to see them with their littermates when you can’t always see them all together in person. I wish I had a kitten photo of Angel…with her mother or without. But at least I think I know who Angel’s mother is, so that’s something.

This may be the only time on record that I state publicly that I wish I lived closer to New Mexico.

Super sad story alert! “I have [been on this list] since Oct 2004 when I rescued my two wonderful Abys, TinyTim (a fawn) and BobCat (a ruddy/usual). They were littermates dropped off at a local shelter. My two little boys have become so much of my life. They are 8 years old, now.

I resently found out I have be relocating for my job, a 25+ hour trip with three flights, one lasting over 15 hours. My boys don’t like traveling in the car and I am worried they will not do well on this trip.

They have become so much a part of my life, but I am single and have to work. Is there anyone interested in adopting them and giving them a new home that keeps them together?

Stupid work, always getting in the way of real life! I’m guessing she’s moving out of the country, because I cannot think of anyplace in North America that requires three planes…and one leg lasting 15 hours!? Yikes. At least, I hope it’s that far away. Could you imagine changing planes three times and being on a 15 hour flight…and NOT leaving the continent? I mean, my flight to Tokyo via Chicago only took two planes and about 13 hours…and a lot of airlines won’t let you take two cats in the same carrier in cargo (the only way a single person can take two cats on a flight that I know of), and that was pre-9/11 (1998) and even then I had to cry on the phone because I flew in August (it was an overnight flight, so not hot).

If you can take in two lovely, neutered Aby boys, Contact Nancy Martin

11 months ago today, Ch. Instincts Santa Catalina of Pellburn gave birth to three kittens, the last offspring of Gr. Ch. Pellburn Scarface Cat Pacino. Scar died in a tragic accident about a month before the kittens were born; in fact, when he died, it wasn’t known that Catalina was pregnant yet.

I haven’t seen Jake’s littermates, but if they’re anything like him, they’ve come a long way from this:

I don’t know who is who in this photo (taken by Sherry Pellerin), but I like to think that it’s Jake in the middle.