There may be a vaccine to prevent FIP in the future. Researchers at Kansas State University, together with a medicinal chemist at Wichita University and Dr. Neils Pedersen at UC Davis, have been working on an FIP vaccine, and last week it was announced that they had licensed their compound GC376 to Anivive Lifesciences, which is a major step towards developing the compound into a commercial vaccine available to veterinarians.

Remember, though, that getting the compound to a pharmaceutical developer is just the first step. Clinical trials need to be run, and then the vaccine needs to be approved by the FDA before it will be available for sale. That will probably take a few years. But still…we may very well see a vaccine in our lifetimes that will prevent FIP in our feline companions!

(Photo from the Daily Mail)

It’s not often you find a news story about a Singapura, but back in 2013 a Singa kitten in London named Bruce Lee managed to dial 999 and summon the police.

Next they’ll be wanting their own iPhones.

Björn was interviewed by the Göteborgs-Posten last Thursday bay a reporter doing a piece about Migrationsverket and the “love migration process” and people like us who either have a partner trying to move to be with them or who are that partner, and an article was published in last Saturday’s paper (that’s the big paper of the week there, Saturday instead of Sunday, so you have two days to read it all).

This was the main photo they used on the web version of the story and in the newspaper itself. 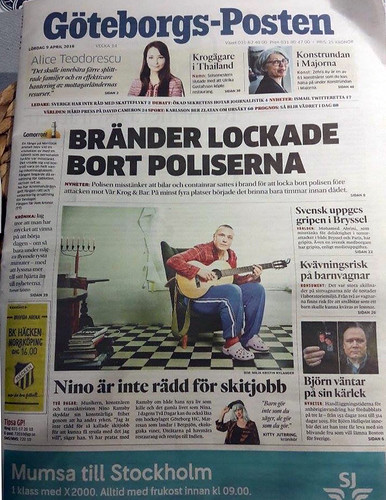 This is the front of the newspaper… 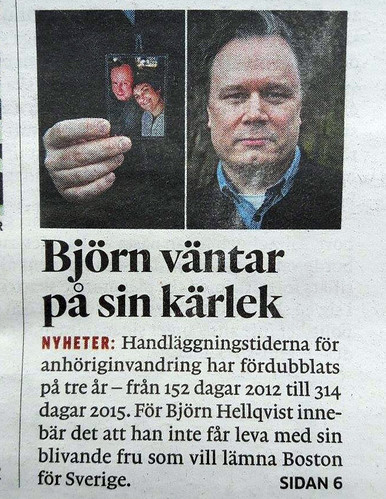 Look who made it to page 1! 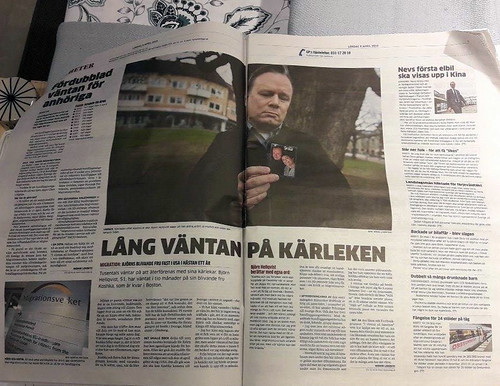 This is the spread on pages 6 & 7 with sidebars about other aspects of Migrationsverket and Swedes waiting for their partners. 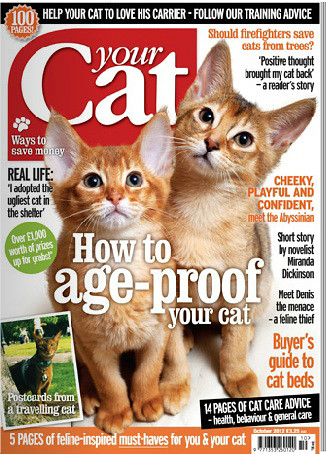 Interestingly, this isn’t the first time someone I know has been featured on the front of a major publication. 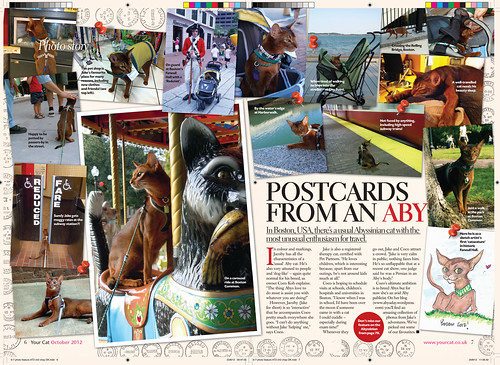 Not only that…he also had a spread on pages 6 & 7! Björn and Jacoby…media superstars! 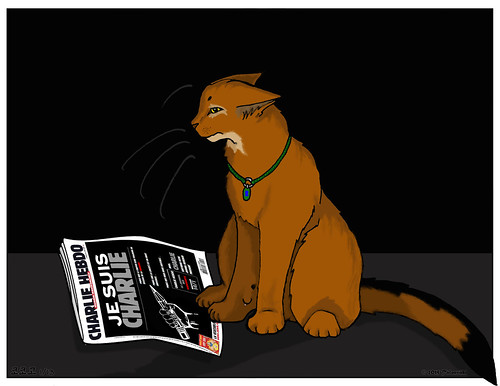 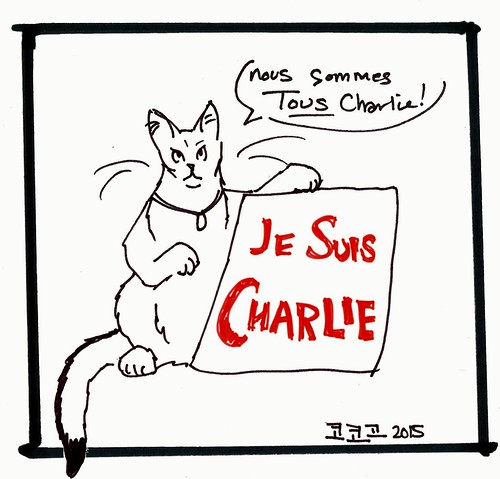 The Westchester Cat Show was held last weekend in White Plains, NY. Every year at this show, the Westchester Feline Club honours a “Cat of the Year.” As you may recall, Jacoby was last year’s honouree

Jake and I weren’t able to go to the show this year, but I did want to share with you who the WFC selected as their Cat of the Year. It’s not one cat, but 25.

Back in April, Yonkers Department of Public Works employees discovered 25 dead cats hanging in plastic bags from tree branches and bodies of several other cats on the ground in a park along the Hudson River. Some of the cats had been dead for quite some time, but necropsies on three of them revealed that they had succumbed to blunt force trauma to the head. This is the worst animal cruelty incident in the history of Westchester County.

The Westchester Feline Club chose to honour the innocent “Yonkers 25” and bring light to a new awareness of the magnitude and effect of animal cruelty in local communities. I think Scarlett would be pleased that these murdered cats and kittens were remembered in her name. And now, thanks to Westchester, they will never be forgotten.

This crime was discovered, as I said earlier, on 24 April of this year, but no arrests were made until just three days ago, when, on 18 November, a Yonkers man was arrested and charged with three misdemeanor counts of violating environmental conservation law related to his alleged disposal of a kitten and two cats, which were among those discovered in the woods. He’s also facing two counts of animal cruelty. He faces up to one year in jail, a $500 fine or three years probation on the animal cruelty charges. The other charge can carry a sentence of six months behind bars.

That may not seem a fitting punishment for his (alleged) crimes…but in a way, it’s a miracle they finally caught this man at all! I wonder if the Westchester Feline Club’s award and subsequent publicity had anything to do with his apprehension?