Especially when it’s your cat.

Sunday at the show, after Izaak had been judged and we were waiting for the Nominations, Lorelai was called up for her Nomination at the same time. So Björn had Rory and I had Zak. Then I dropped my phone and it came out of its case. I needed two hands to put it back in, so I handed Zak over to Björn. Then Zak started to cough up a hairball.

I raced over to the Secretary’s table and grabbed a piece of scratch paper, and got Zak to puke on it. Björn was right next to us, so I asked him to grab Zak whilst I dealt with the barf. In the time between me letting him go and Björn grabbing him… 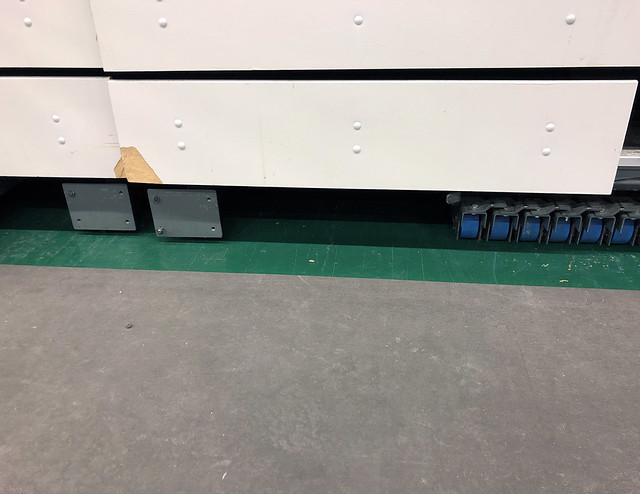 …he decided this space under the folded-up bleachers (the show hall’s day job is a basketball arena). And he. Would not. Come. OUT. When he doesn’t want to be caught, he is a master. They announced that a cat was loose and to close all the doors, but I was like, “Yeah, no. The doors are the least of our worries!” He’s roaming around underneath the bleachers, and he’s up for Nomination like NOW 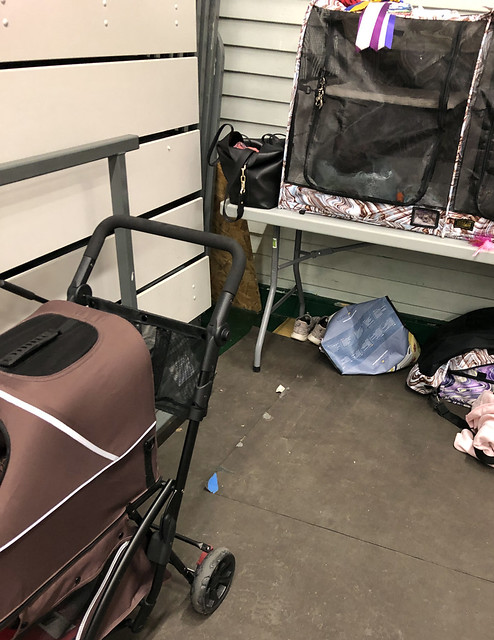 Finally, a woman with Siamese working the Secretary’s table called to me. She saw Zak in the corner, near her stroller. They asked me if I had any food that would lure him out. I said, “No…he won’t eat anything but raw and chicken necks. Does anyone have a raw chicken neck?” Yeah, nobody did. I had grabbed Chirpy Mouse and Zak’s favourite wand toy (a fishing lure blue crab I picked up in Baltimore), so we tried those. Chirpy Mouse had no effect, but Blue Crab got his attention. I almost grabbed him…but then he backed away. He wandered around a little more, and then came back to that corner, and, with the help of Blue Crab, I was able to grab him. The judge he was up for Nomination with, Glenn Sjöbom, asked me if I was okay and patted me on the back, telling me not to worry and not feel like I needed to rush. When he actually got nominated, I held him up, and, during the applause, I said to him, “You. Do. NOT. Deserve. This!”

I repeated that when he was declared Best In Show.

I don’t have any photos of the actual events…I was too busy trying to catch the little asshole.

But here’s the punchline to the whole escapade: Just after it happened my friend Kinsey posted on Facebook that Zak’s brother, Paolo had escaped that morning and led her on a merry chase around the neighbourhood before she managed to catch him again. He wears a tracker on his collar that she can track on her mobile.

One of her friends commented that it could only happen to Kinsey, and I chimed in, “Nope, not just Kinsey. Today at the cat show, Izaak, Paolo and Keiko’s younger brother, escaped and went exploring under the bleachers!”. To which Kinsey explained, “Must be in their genes. Paolo did that at a cat show once and I was on my hands and knees under the benches trying to get him.” 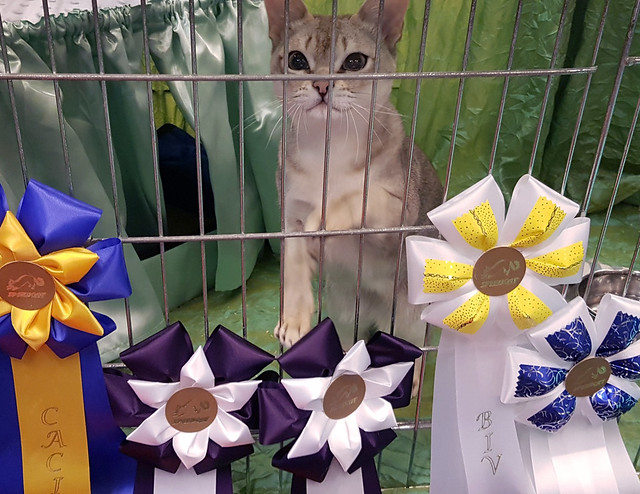 They ARE full brothers, perhaps not littermate brothers, but brothers nonetheless. Kinsey’s always posting about Paolo’s adventures…and by the smug, “sorry, not sorry” look on Zak’s face, I suspect I will be, too.