You may remember my post last Thursday, I mentioned that, before we even knew Logan was sick, we had arranged to get another Aby kitten. What happened was, at the Scandinavian Winners show, I was across the aisle from an Aby breeder from Uppsala, and she had a very cute sign on top of her cage saying she had kittens available. So I took one of her little slips of paper, which said that not only did she have kittens…but they were blue kittens!

I showed the paper to Björn, and unlike most normal, sane husbands, he did NOT say, “Are you freaking kidding me? Another cat!? No more cats without a divorce!” but instead said, “Are they show quality? And…maybe a girl kitten? She could be a show friend for Logan, and I could show her while you show Logan…”

So yeah. That happened. And then we found out Logan was sick…but tomorrow we are collecting Lorelai (Rory for short).

Now, everybody say it with me, “FIP is NOT contagious“…but I still want to be as careful as possible. So I’ve been cleaning the house, cat beds, toys, everything with Virkon. If you aren’t familiar with this miracle potion, you should be. It has no smell. You can spray it, dip things into it, mist it over the population (for example, in chicken coops). You can put it in a steam floor cleaner. You can use it as a pre-wash in the laundry. You can even use it as a shampoo on animals and livestock! So I have gotten the place as clean as I can so at least I know I did everything I possibly could. 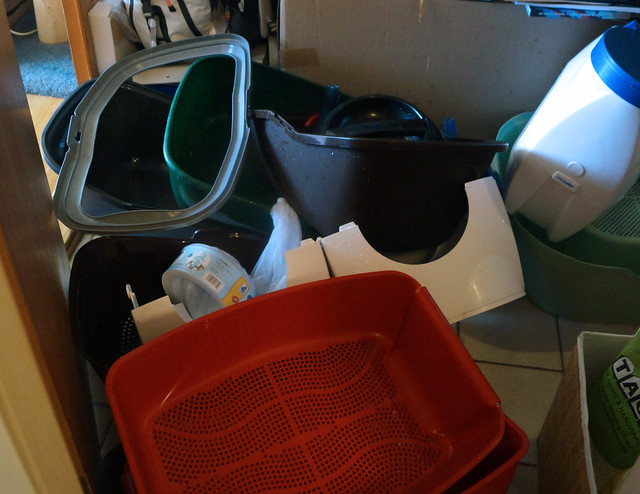 I also scrubbed and sanitised all the litter boxes and Litter Lockers and put in all fresh litter (That’s them all piled up outside the bathroom, where I hosed them down in our tub using the shower massage). Since moving to Sweden, we’ve gone to Pee Wee pine pellet litter (and the special boxes that go with it) in five of our six boxes. The other box contains Majstor a clumping, corn-based litter. When we got rid of clay for once and for all, Pyret refused to use the pellets, so this was a compromise she accepted. After she died, at least one cat was still using it, so we kept it on, and now I guess we’ll just keep on using at least one box of it just in case.

Both of them are brilliant, though: light, inexpensive, virtually dust-free, and almost odourless! 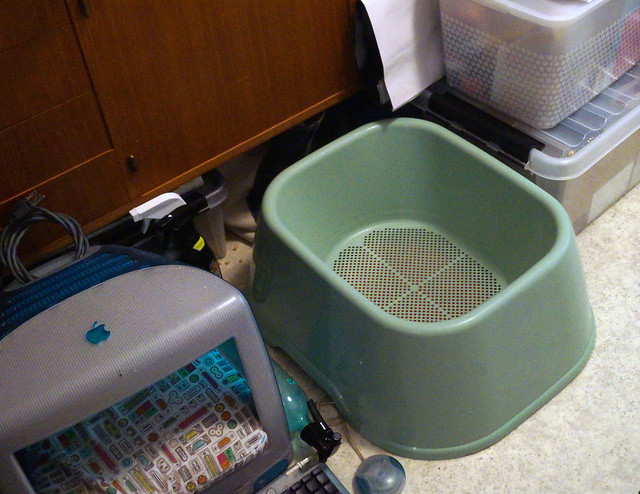 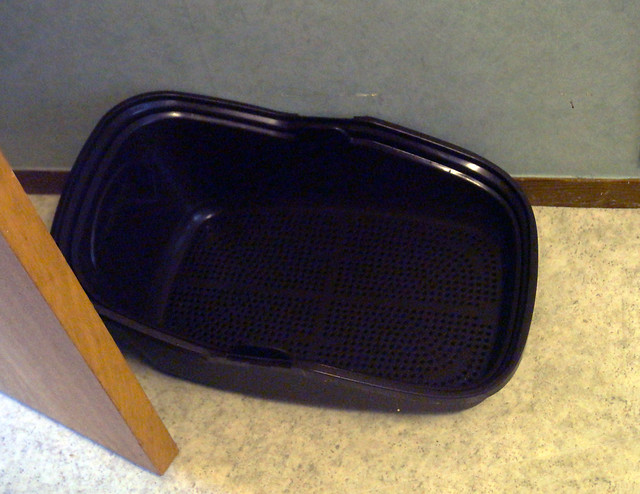 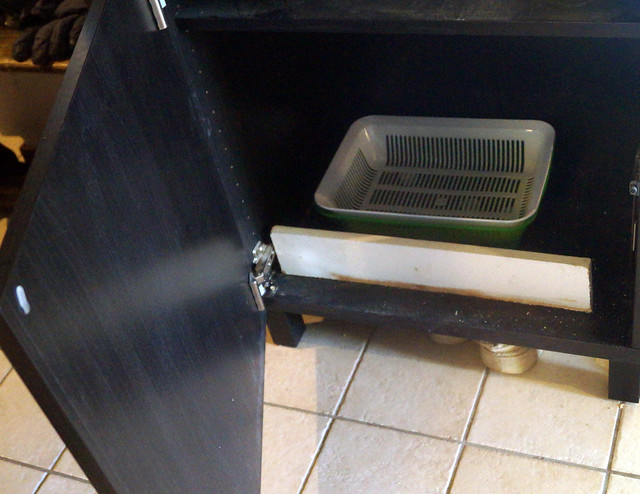 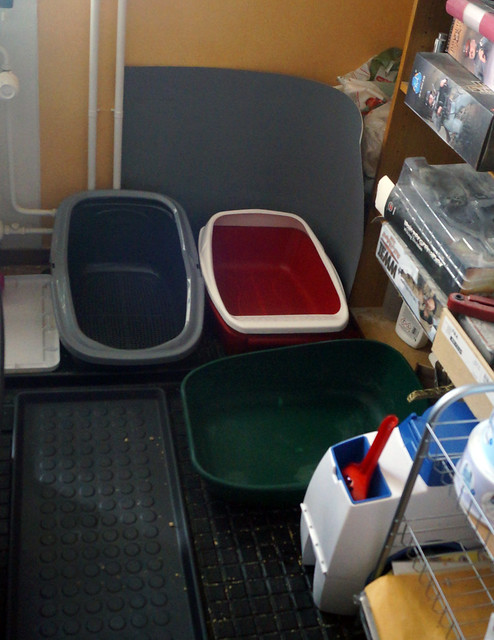 Here are all the shiny, clean boxes back in their places and waiting for fresh, unsullied litter. 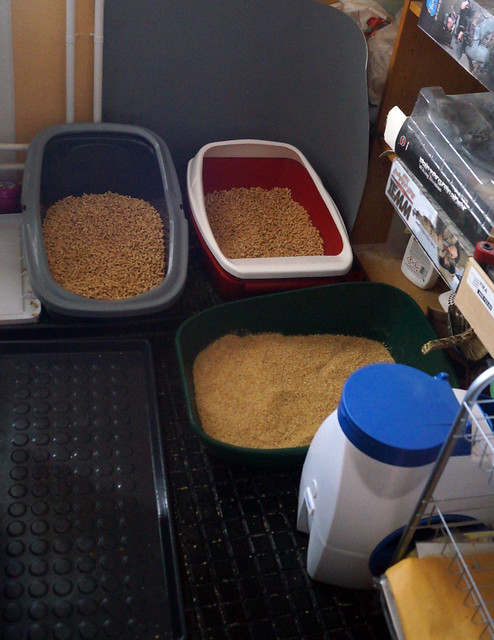 And here they are all filled up!

Another thing I like to do when adding a new family member is to bathe the newcomer, not only to reduce introduction of any germs unfamiliar to our household from the kitten’s home, but to make the newcomer smell less different.. But this time around, I thought not of bathing just Rory…but of bathing the resident cats here as well. Afterall, germs, and smells, can go both ways. Jacoby, Alfred and Logan all got baths shortly after they came home, and so shall Rory when she comes home tomorrow. Besides, Jake, Freddy and Angel haven’t had baths for a while, so they were due. 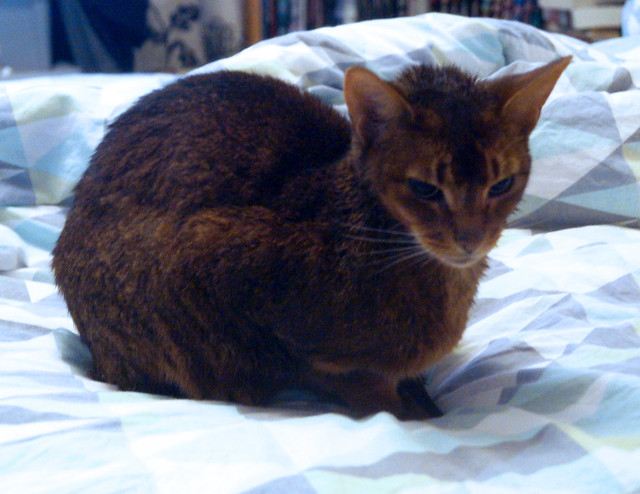 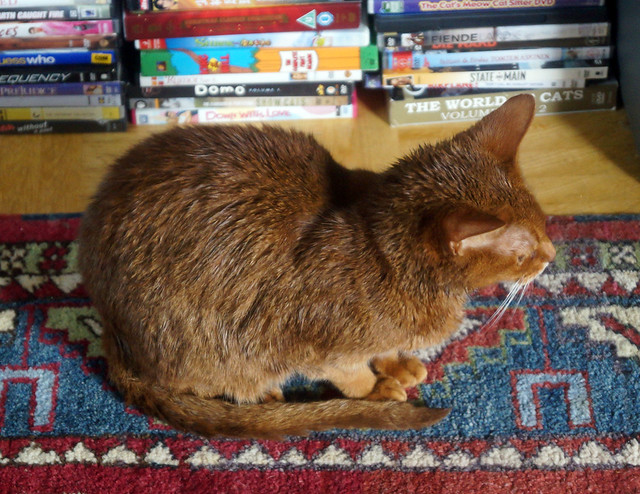 Enjoy some photos of wet pussies. 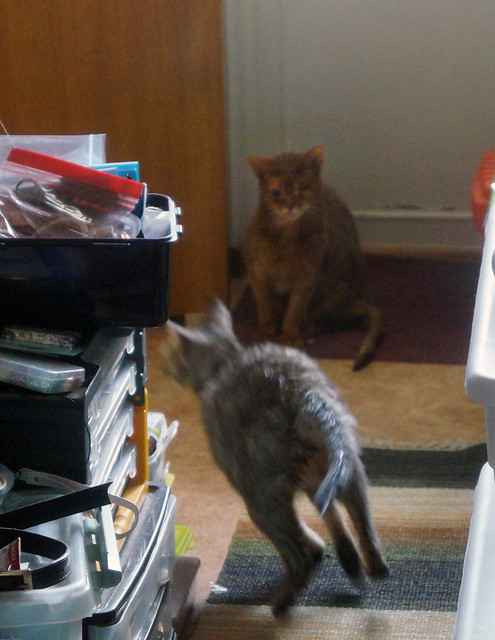 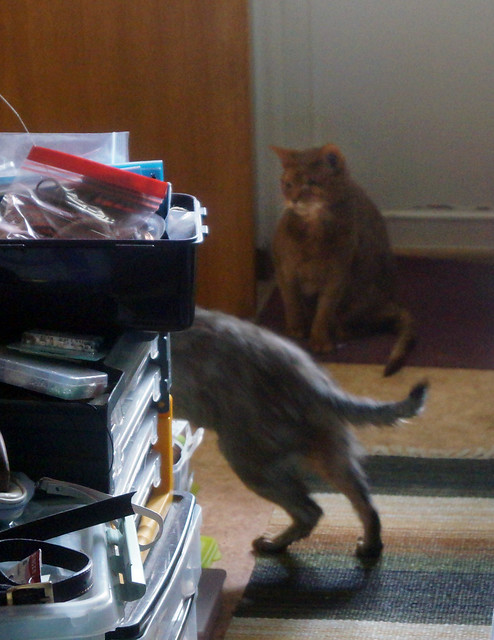 (Not exactly sure what was going on here…) 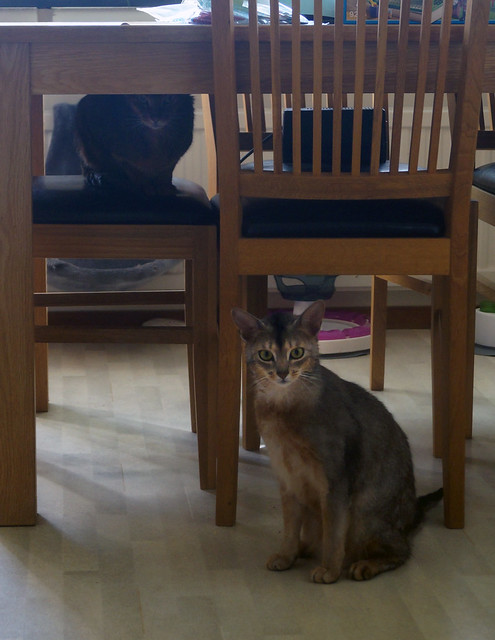 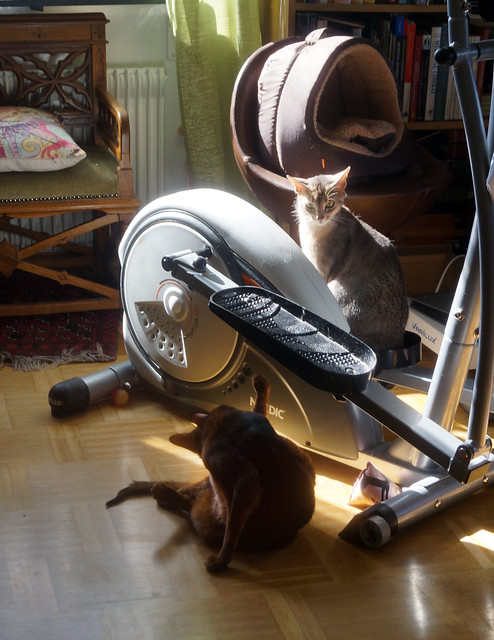 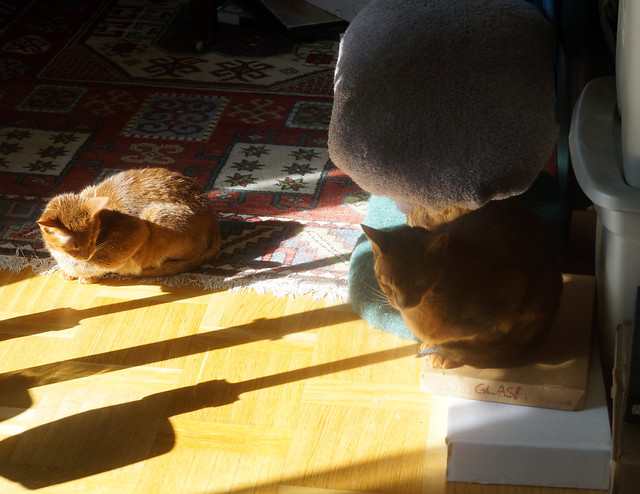