The other day, Björn and I watched a movie I bought ages ago to have enough to get free shipping and then completely forgot about: Une Vie de Chat – A Cat in Paris. It’s a French film about a cat named Nico who leads a double life: Cat burglar’s partner by night, little girl’s adored companion by day. 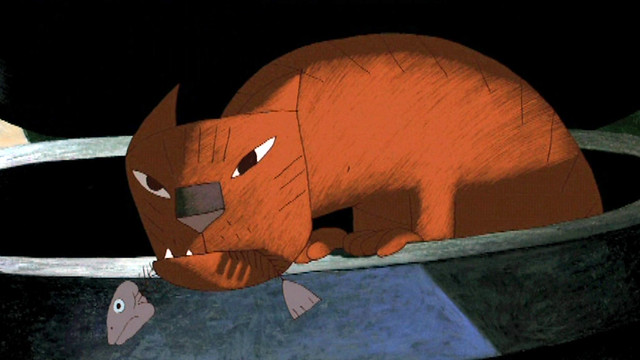 It’s a marvelous movie, with suspense, intrigue, pathos and humour. But what struck me most was this one cat during the opening credits. 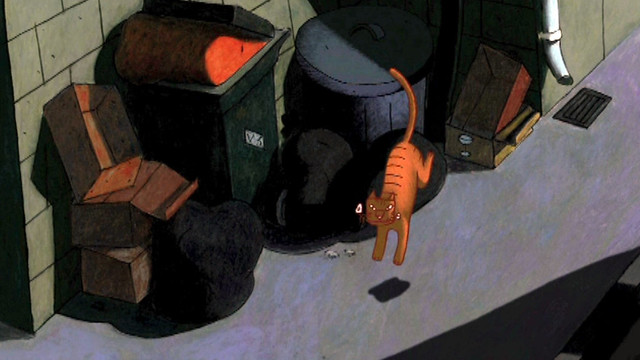 Kind of looks like an Abyssinian, don’t you think? At least the colour is spot on. 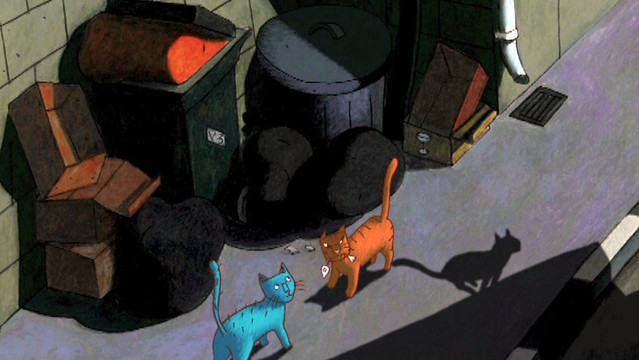 Whilst the plot definitely holds your interest…it’s the art that really captivates. It looks like hand-drawn colour pencil drawings, and the way it’s done, the colouring is constantly moving. It’s kind of mesmerising. We watched the dubbed version, and the English voices are a nice mix of British and American; it’s better than most dubbing jobs. If you can find it, it’s a great cat-themed film, showing that cats can be loyal and love their humans.