We brought Dashiell home in mid-August, and we took him outside as much as we could before the weather turned too cold and the afternoons got too dark. 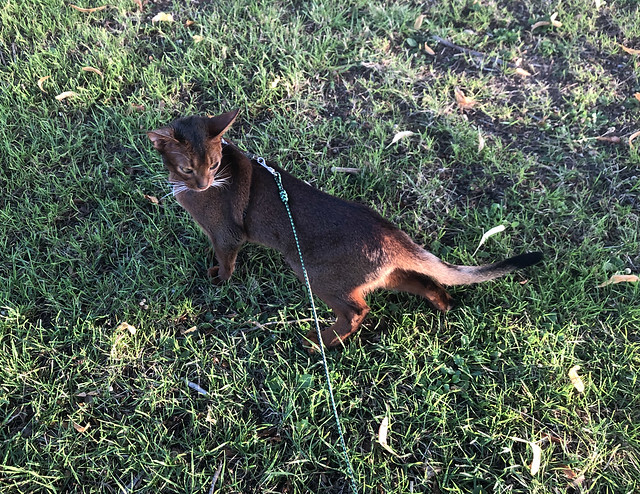 At first, of course, we started him out on a leash. 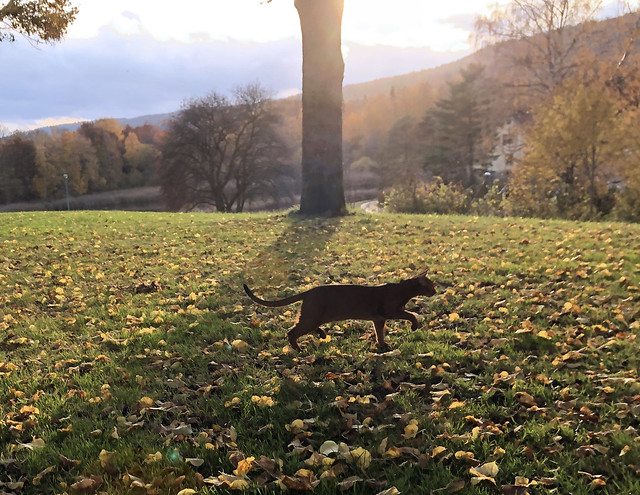 He soon learned to go outside without one. 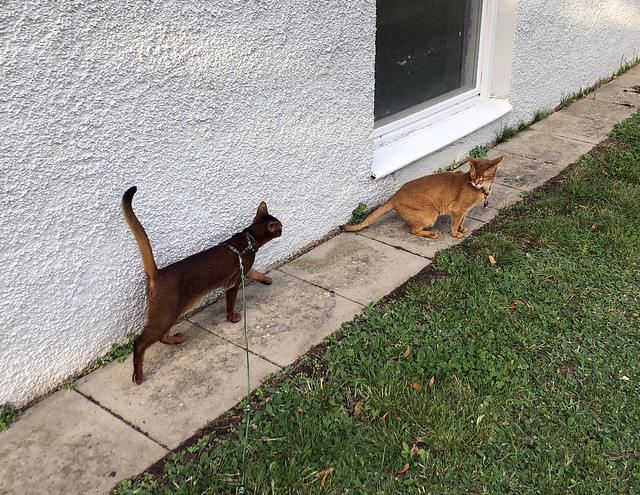 But it was so cute to see him interact with Angel outside. 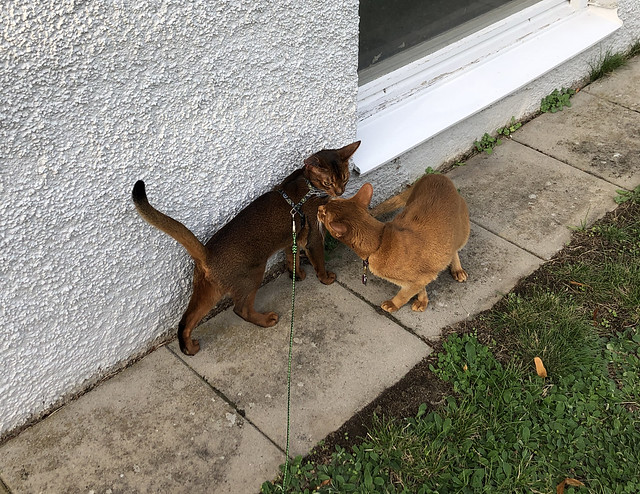 For several weeks after Dash joined our family, Angel looked at him like she’d seen a ghost. 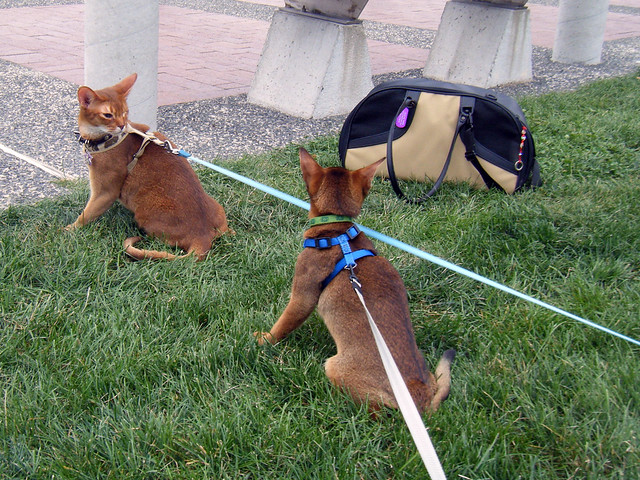 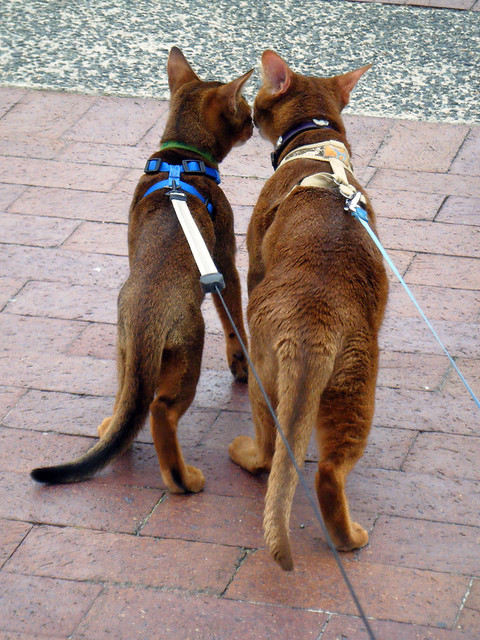 Look at Angel with Jacoby, when he was the same age as Dash in these photos. No wonder she thought she was seeing a ghost! 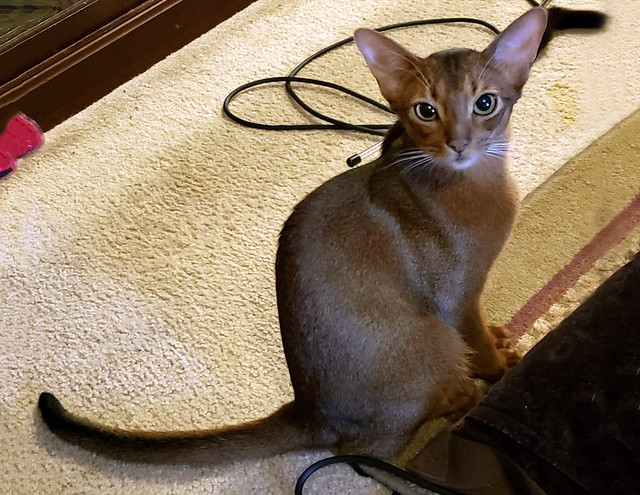 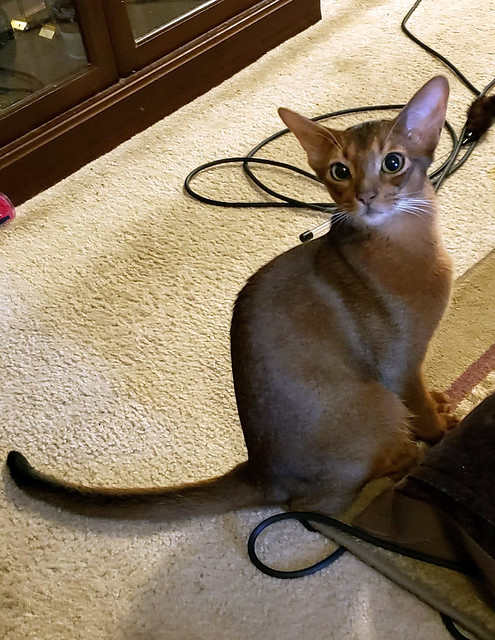 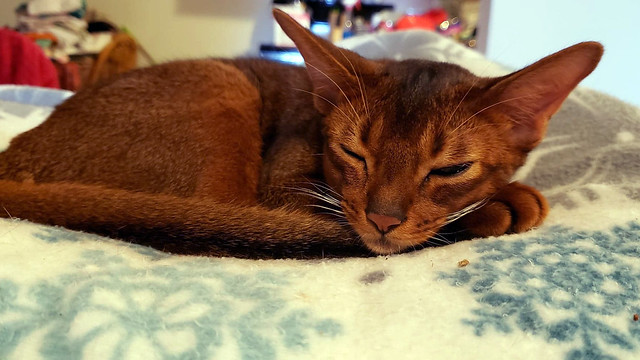 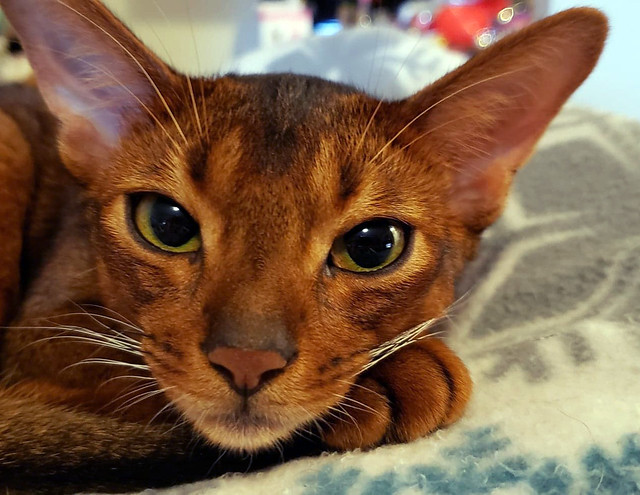 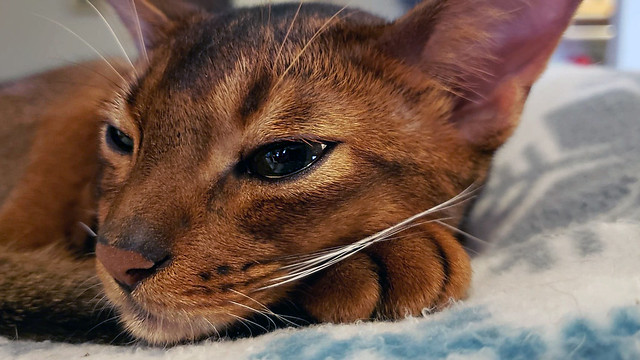 Two years ago today, we met Karin at Stockholm Centralen and collected Alfred on our way back from a cat show in Tallinn. 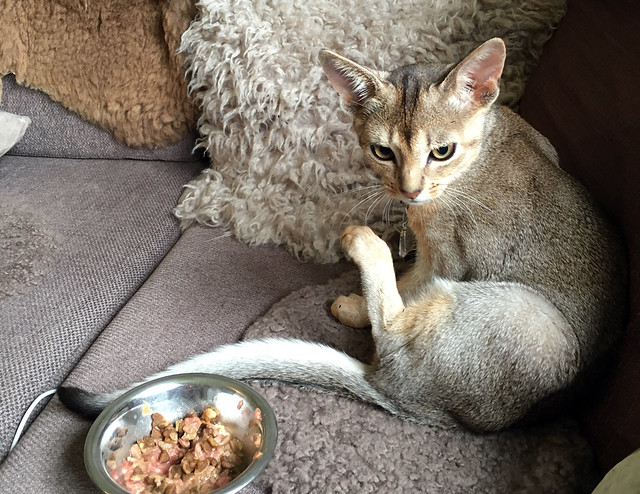 But I haven’t ever posted how Freddy coped once he got to our apartment. 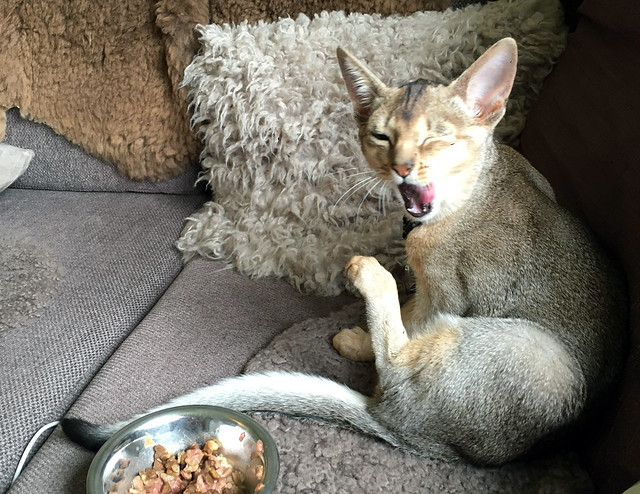 And the short answer is…he was completely unfazed. 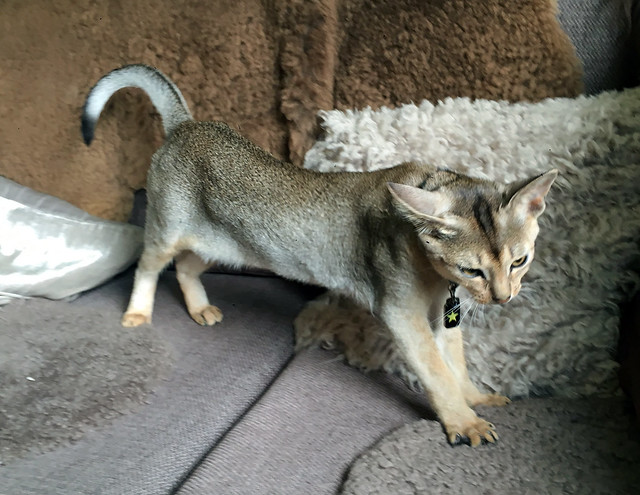 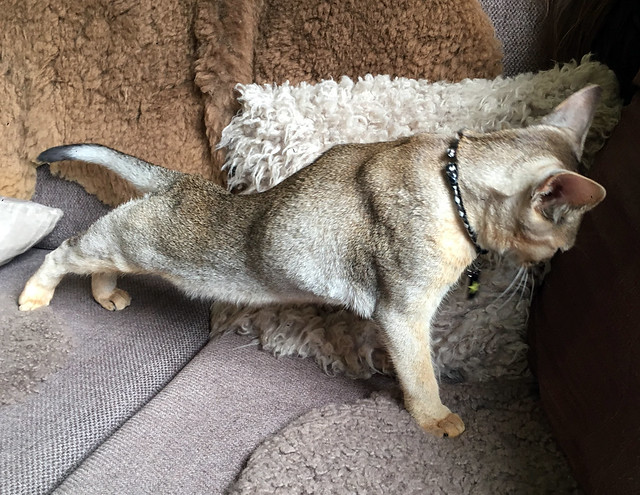 No mum? No littermates? 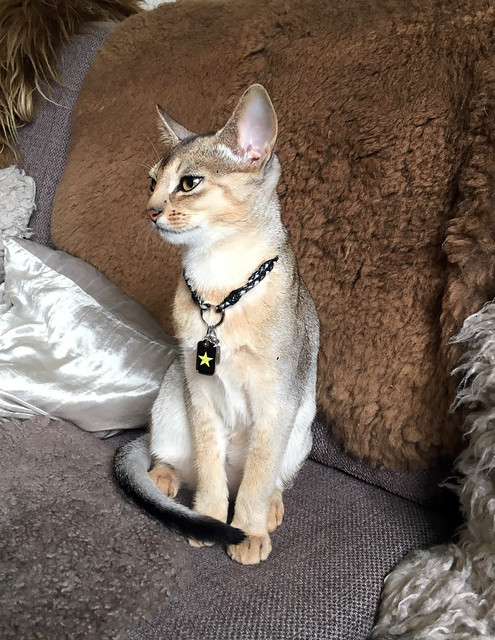 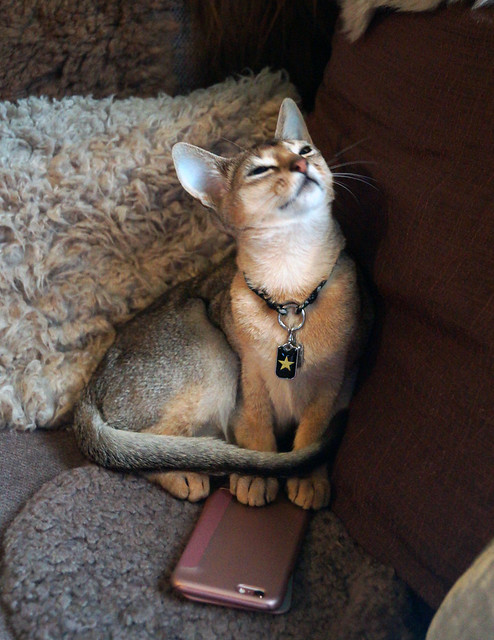 I think Freddy was the easiest kitten we’ve integrated into our family, but then none of our kittens have been that hard to introduce to the others. 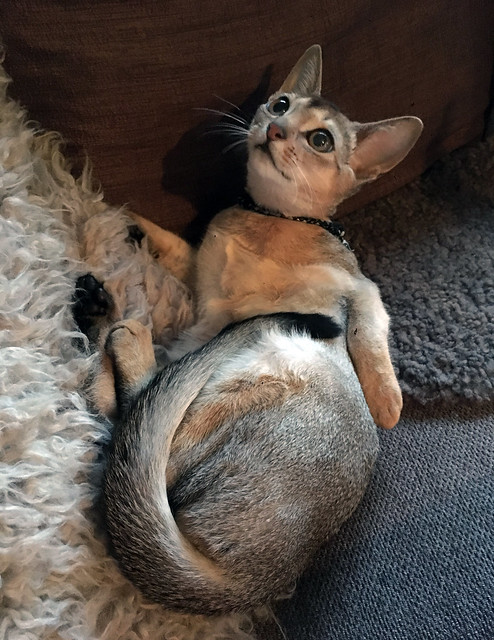 But Freddy is just so laid back and easy-going…He integrated himself. Of course, five days later, we got Logan, and he had a built-in best friend, but even without Logan, Freddy would have done just fine. 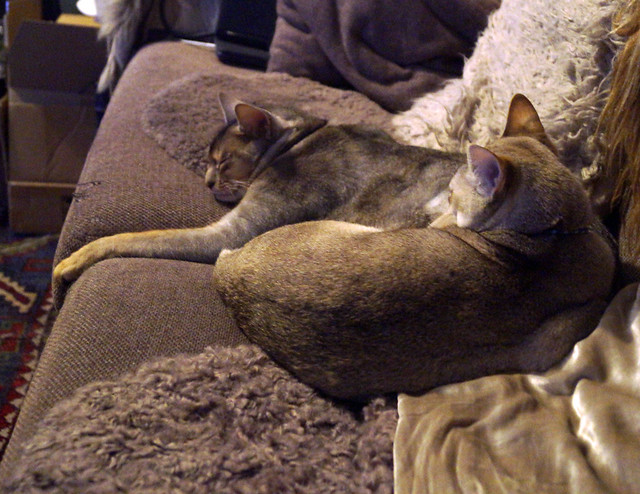 And here’s our Freddy, almost two years later, on the same sofa with Izaak. He’s our genius philosopher, and I love him.

This is Anubis Dashiell Hammett. My friend Meg took him to his first cat show today. It was a small, one-day CFF show in Worcester today. He won two Best Kitten Shorthair Specialty, and 2nd, 3rd, and 4th best Allbreed Kitten. Not bad for his first show!

But more than that, Meg will be going with Russell to a CFA show in Finland in August. And Björn and I will meet up with her…and we’ll take Dash home with us! He is related to both Jacoby and Taz, and Meg wanted me to have him. We’ll register him in FIFe and show him along with Izaak and Lorelai.

I can’t wait to see how he fits in with our little clan! 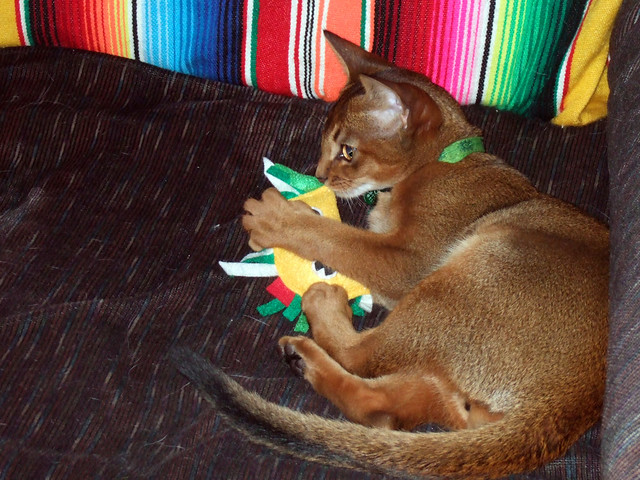 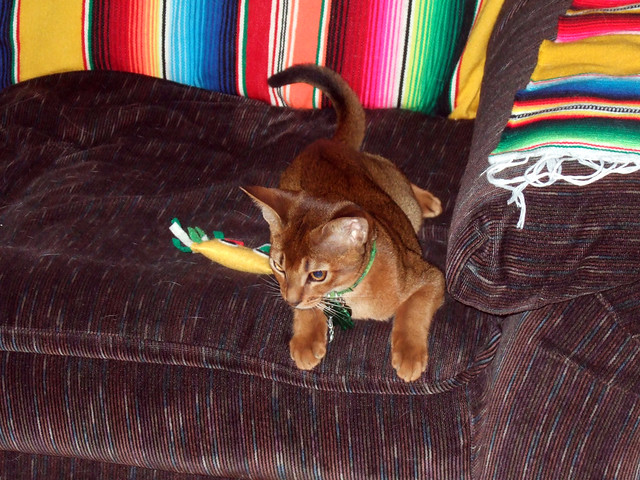 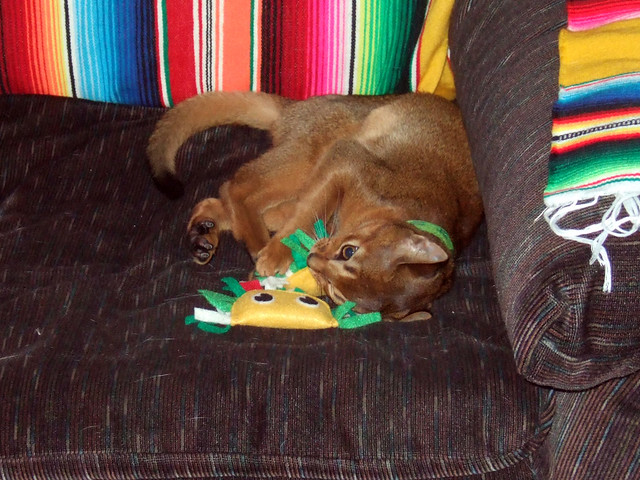 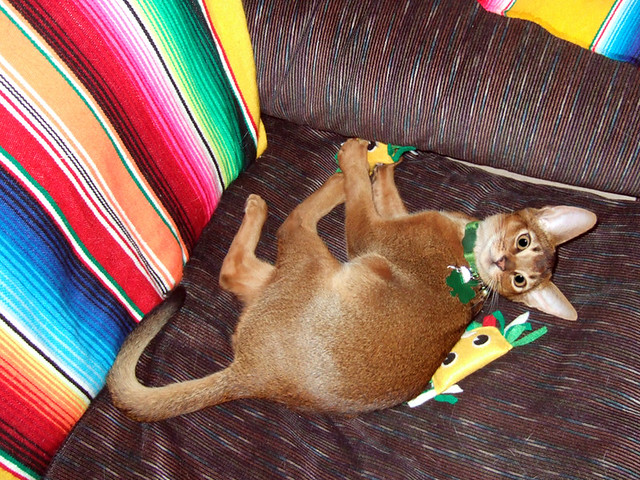 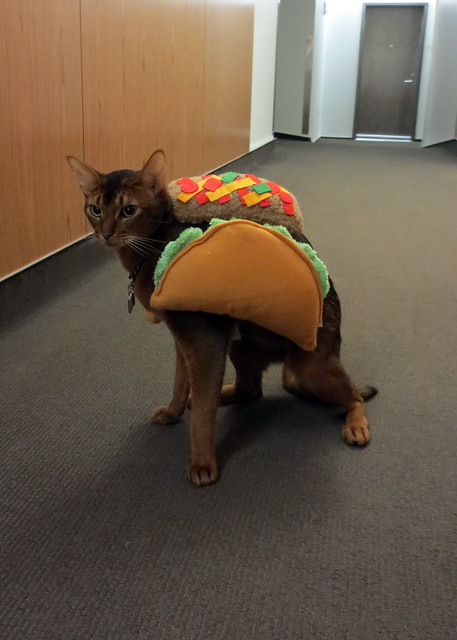 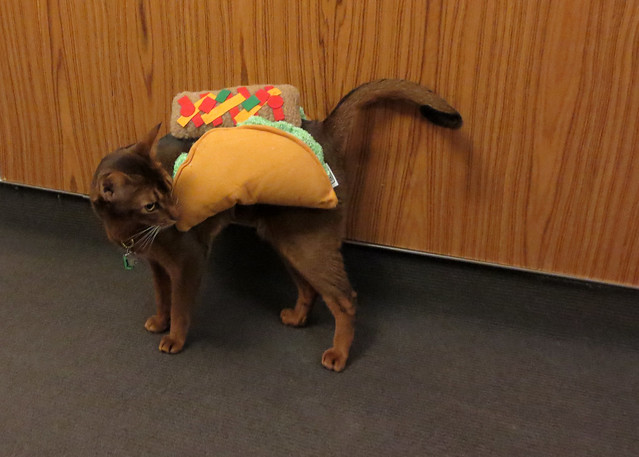 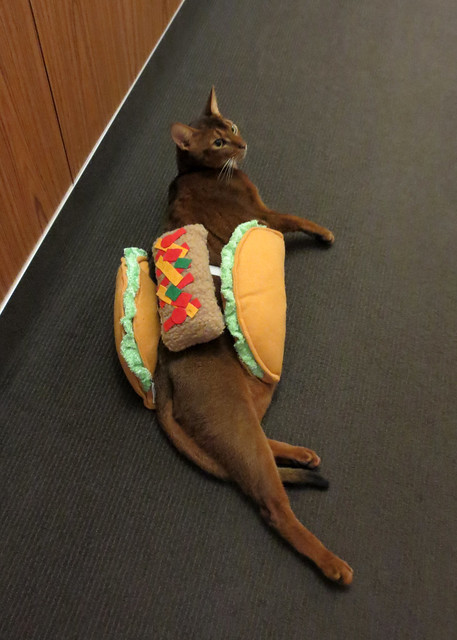 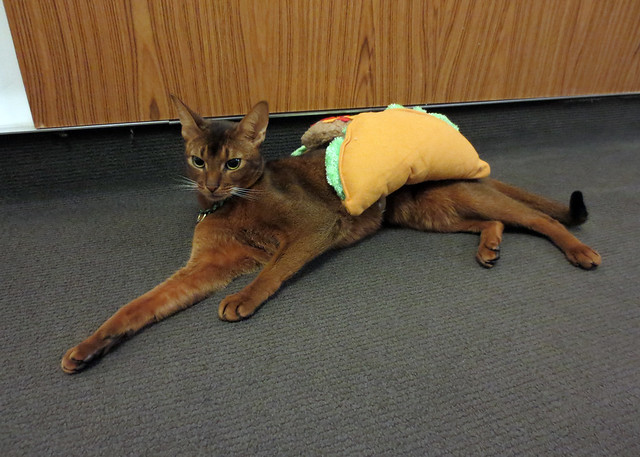 When Lorelai was a tiny kitten, she was fascinated with the television. These photos are from 22 May, when Rory had been with us for about two weeks. 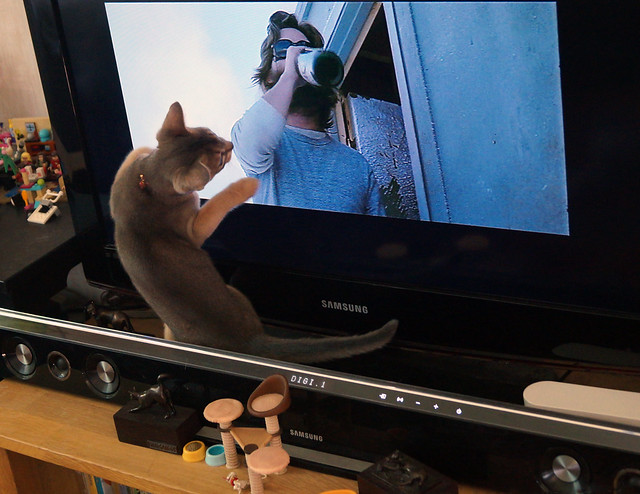 She really got into trying to interact with the people on the screen! She’s since outgrown her interest in the TV, but it was awfully cute (and not a little bit annoying) while it lasted. Also, if you look closely at the second photo, you might notice some previous Miniature Monday post subjects.