I think we are in a golden age of cat toys right now. There is a lot more attention paid to the unique needs of cat toys vs dog toys these days, and toys are designed with an increased focus towards cats’ specific needs. But do the things we think are fun for cats to play with the same sorts of things that cats actually think are fun to play with? 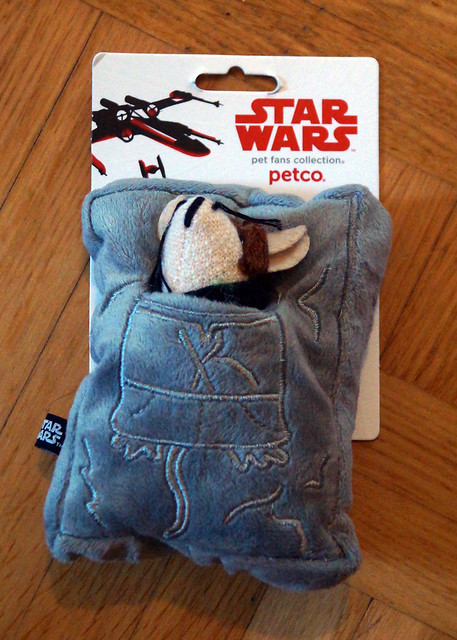 Back in the States a few years back, Petco came out with a collection of Star War toys and accessories. They have just arrived in Sweden, apparently, because I have seen them in several shops here. Most of the cat toys are along the lines of mice dressed like Luke and Leia or C-3PO and R2-D2, but this one really caught my eye: Han Solo mousie in carbonite crinkly cat toy! It’s basically a crinkle toy, with a mousie. Dressed as Han Solo. 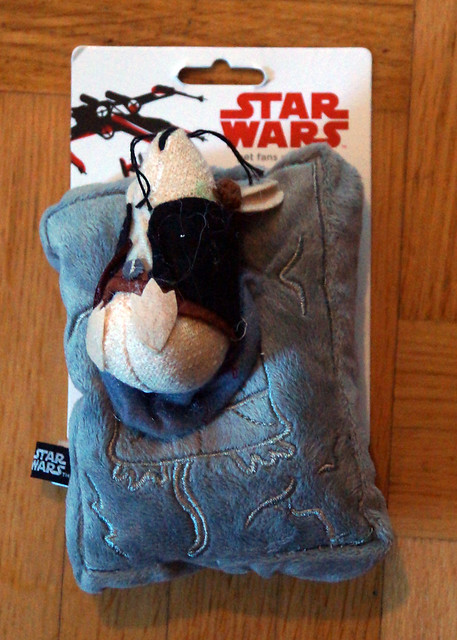 Mousie Han also can come out of the carbonite. 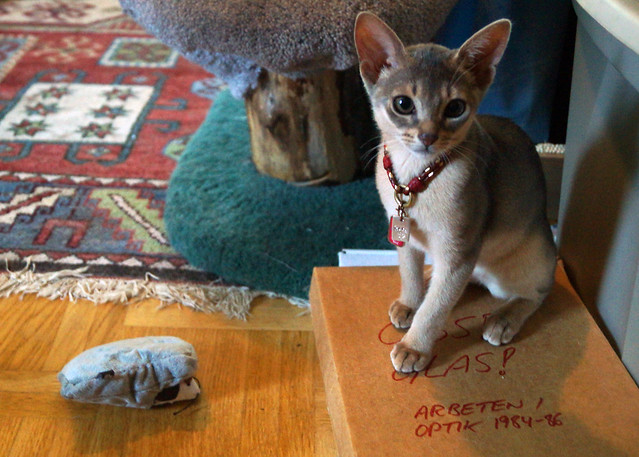 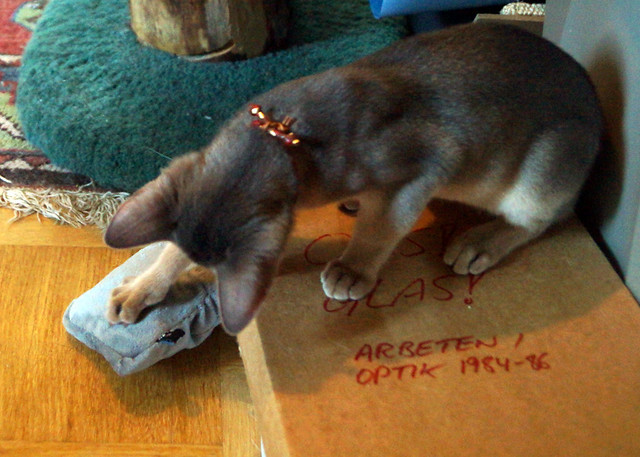 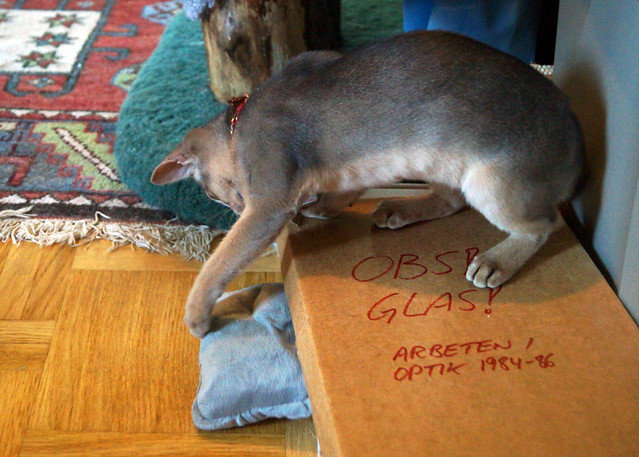 Oh, she tried to make it be fun… 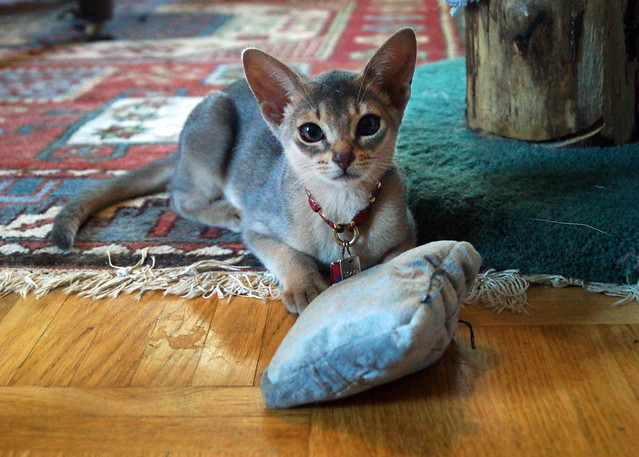 But it kind of just wasn’t. 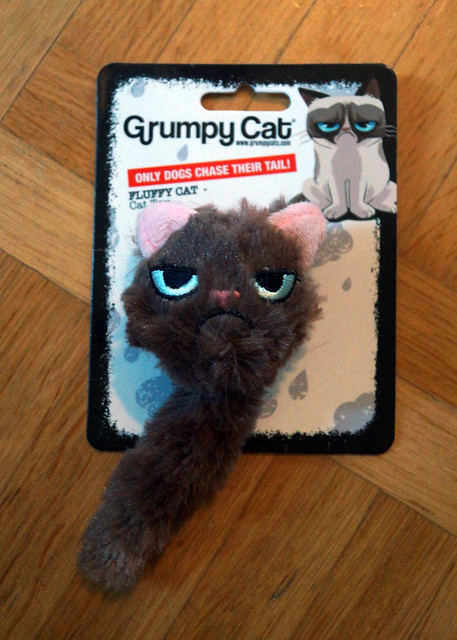 So then I showed Rory the Grumpy Cat toy. This one is basically a furry rattle ball with a tail. 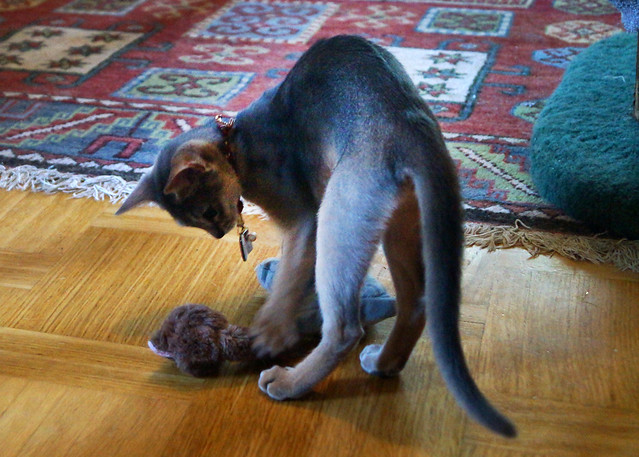 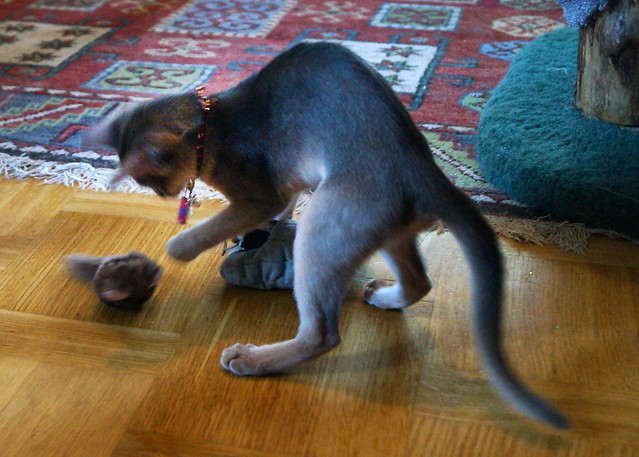 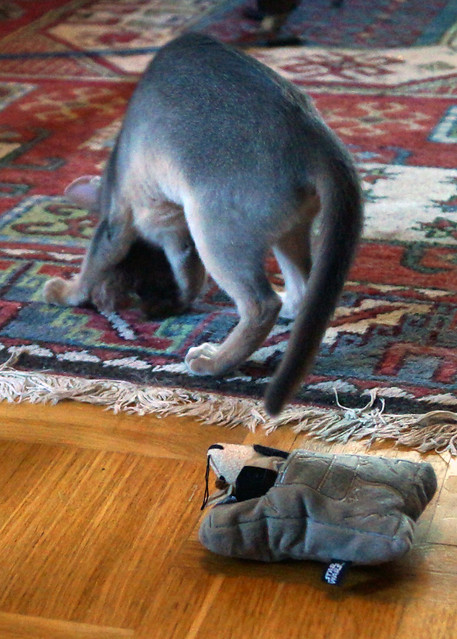 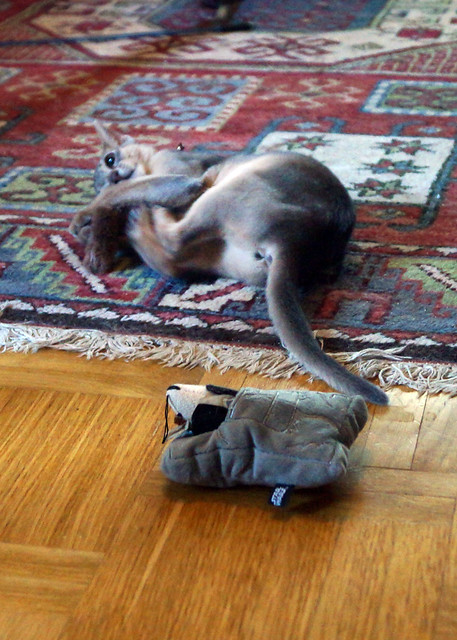 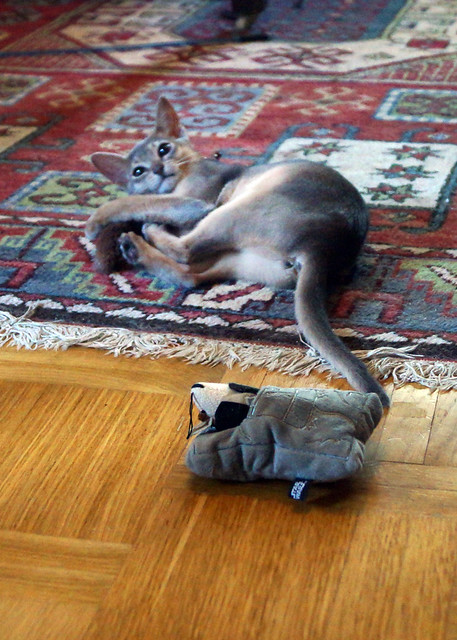 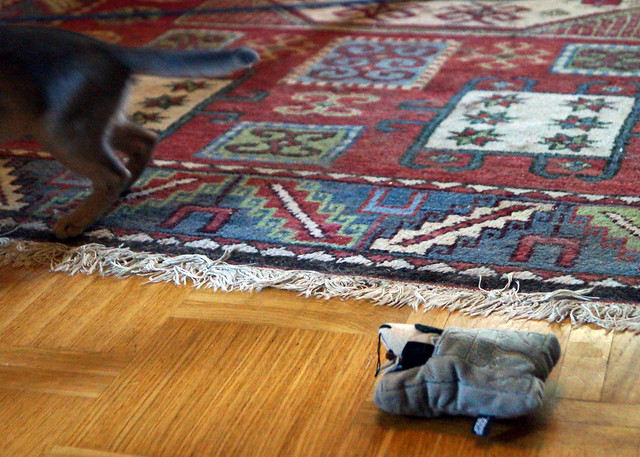 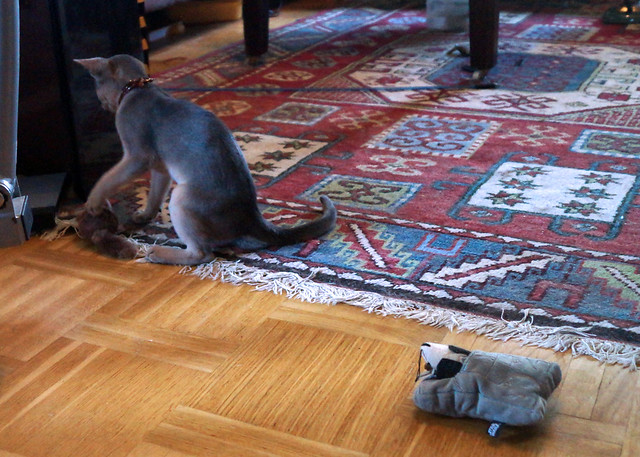 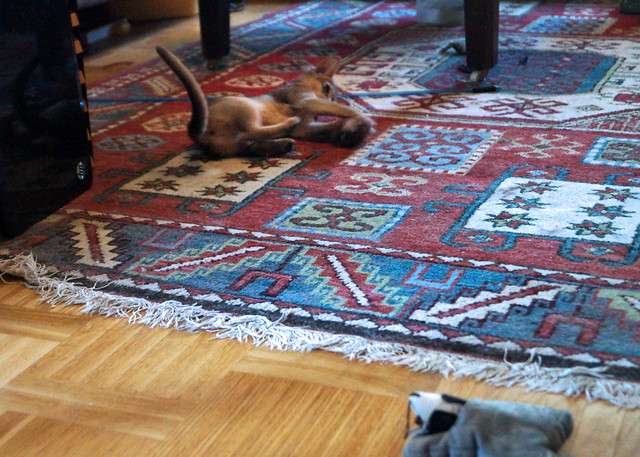 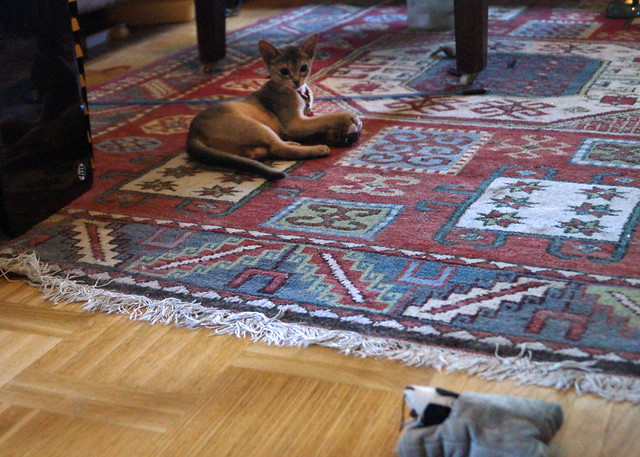 Awww…look at poor Mousie Han Solo over there. Does Rory feel bad about snubbing him? 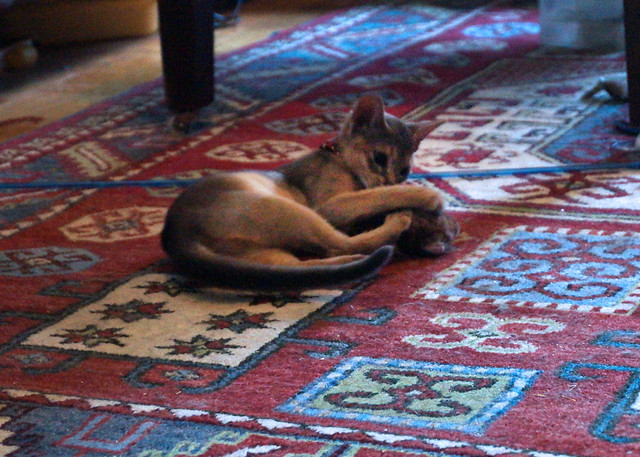 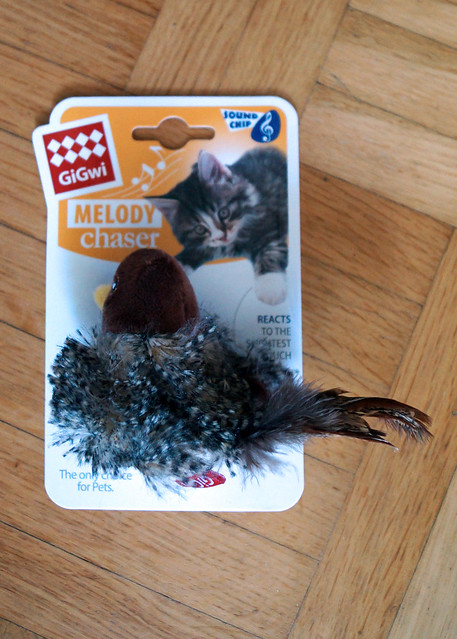 Finally, I showed Rory what I thought would be the winner: the chirping bird toy. 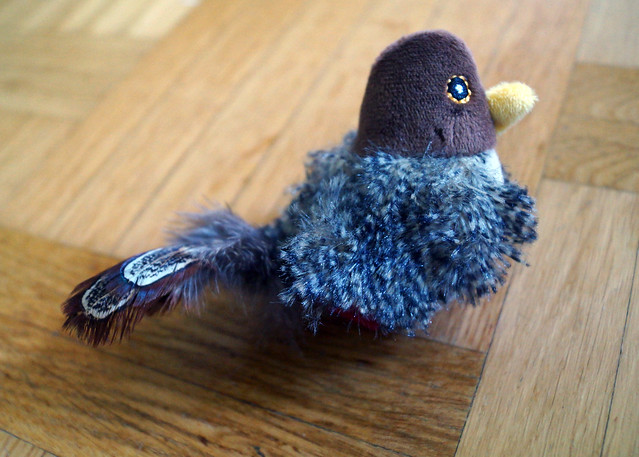 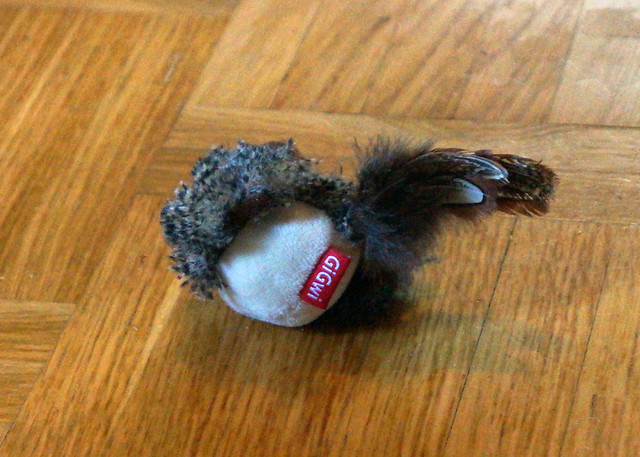 It’s definitely one of the prettiest cat toys I’ve seen. The tail feathers are lovely, and the fur used for the body looks feathery. When moved, it makes a variety of different, very realistic birdsong sounds. 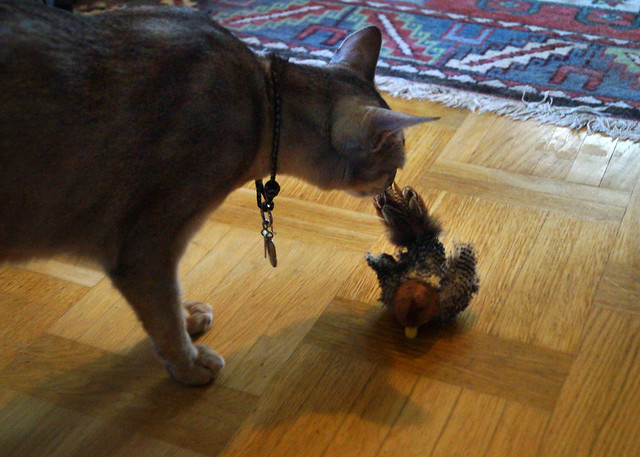 Alfred actually checked the bird out first, while Rory was still busy with Grumpy Cat. 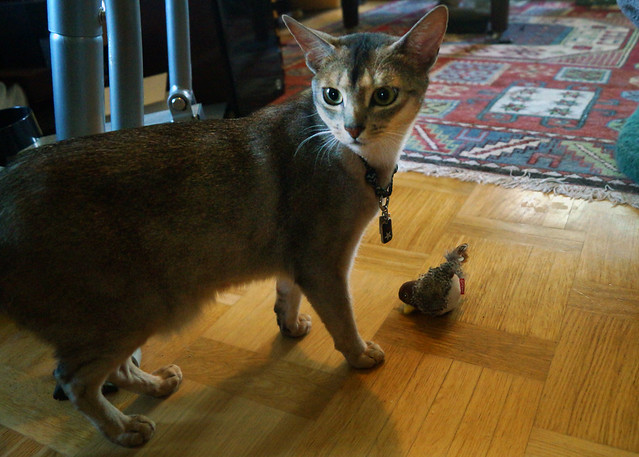 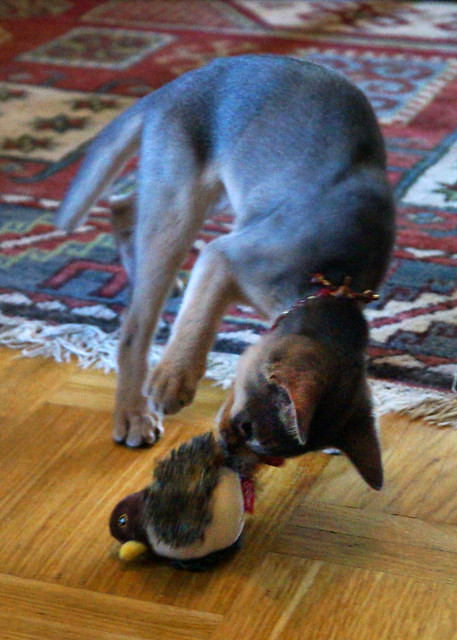 Finally I got Rory’s attention and she came to investigate the bird. 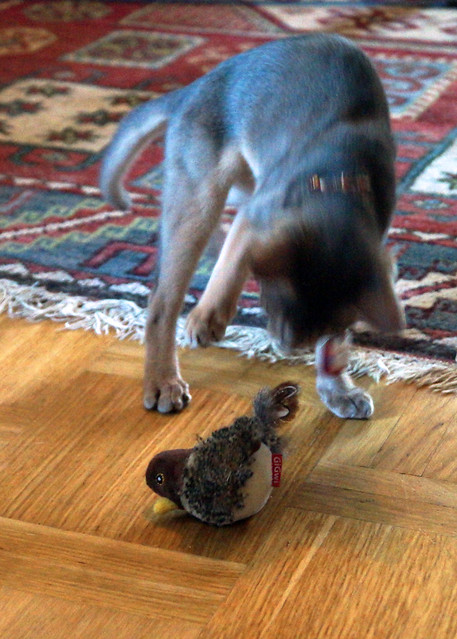 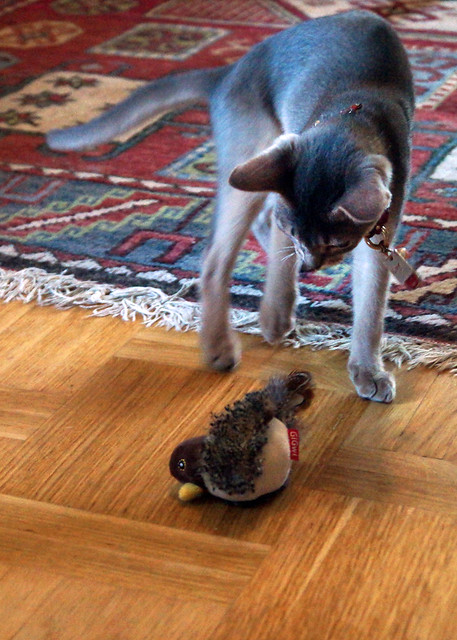 I think at first she was a little afraid of it. 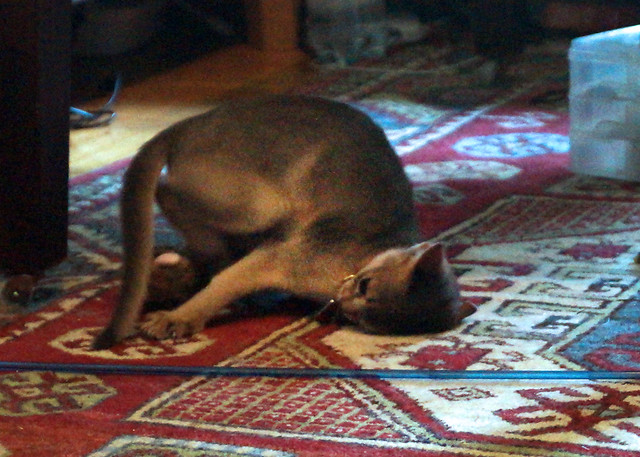 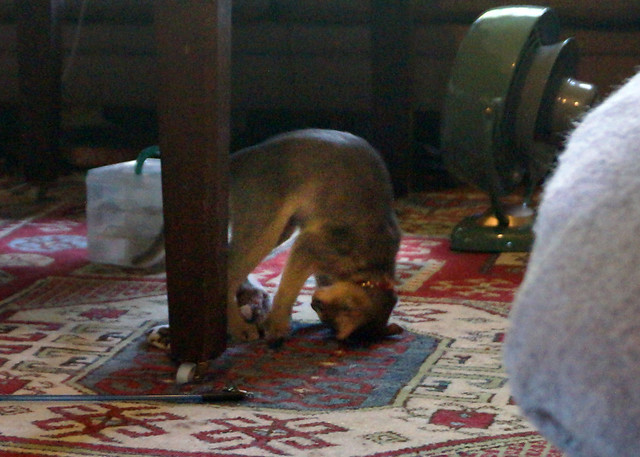 She played with it for a while…but eventually went back to her bestie, Grumpy Cat. Out of the three, that seems to be the favourite. The bird is great, too – it’s my favourite (as if that counts for something). As for Mousie Han Solo…yeah, I think that toy was made to appeal to the owners, not the cats.

Mere photos could not capture the hilarity of Rory playing with the bird, though. Here is a video of her playing with it that I dare you not to laugh at.