This was an awesome little thing that happened when Jacoby and I were walking home from the Apple Store last month. 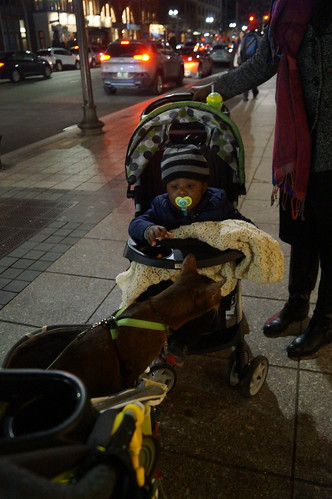 We were walking down Boylston Street and saw a little boy in a stroller out with his mother and aunt. 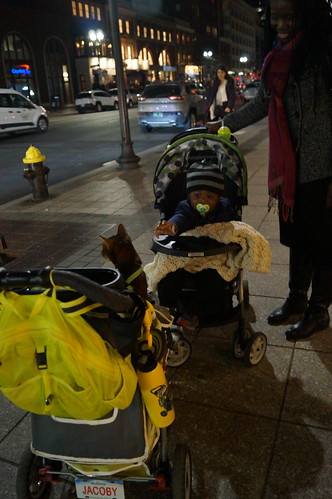 The boy saw Jake in his stroller and started to wave at him! 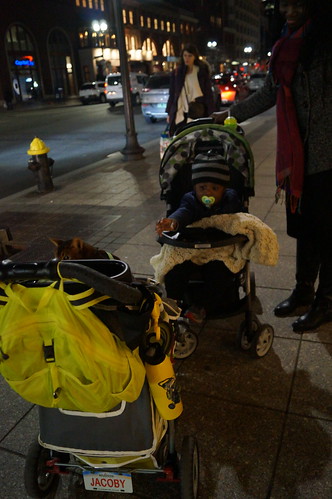 His mom and aunt thought it was so cute that the boy recognised that the kitty was in a stroller just like he was. 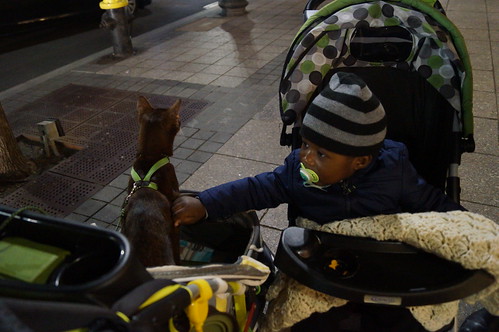 I asked if he wanted to pet Jake, and they thought he might, so I pushed his stroller closer to the boy’s stroller. 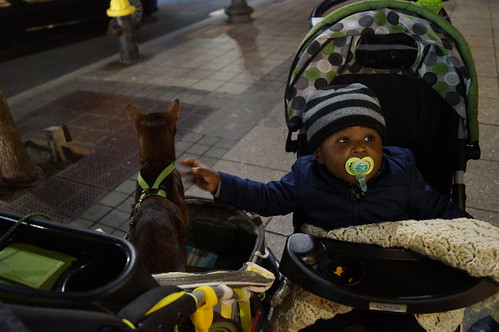 He was a very nice, gentle boy, and of course Jake was so patient. 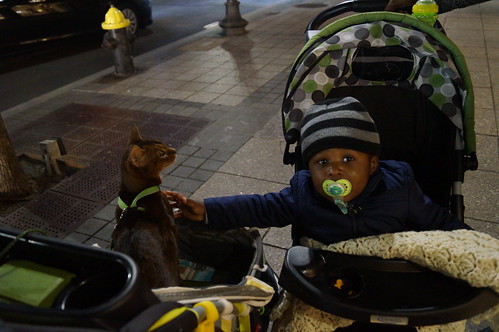 If anything, I think Jake wanted the boy to pet him harder. He was giving Jake those soft, tentative pats and Jake wanted some nice, heavy petting. 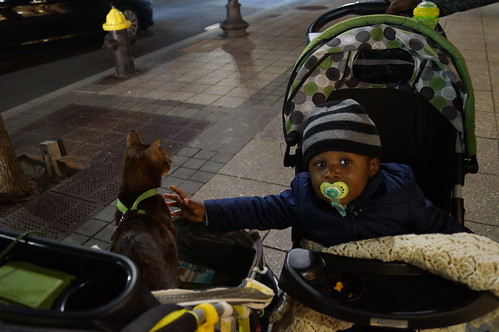 I love watching Jake interact with children, though. He has so little experience with them, but he’s always just so good! 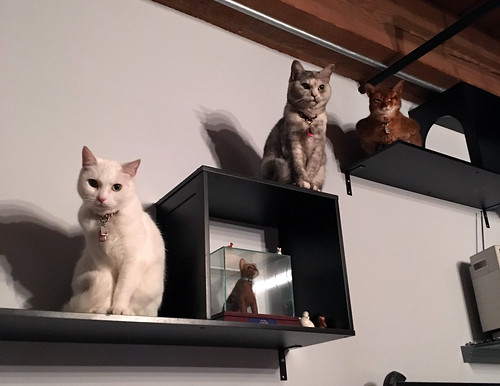 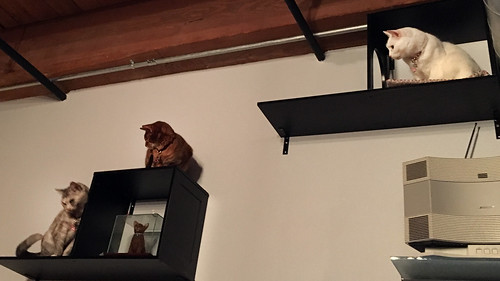 Last month I shared some sketches I did during work meetings, including this one of me in my wedding dress with Gun-Hee back in 2008. 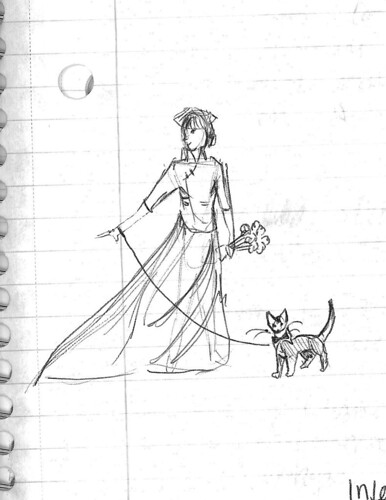 Well…my divorce will be final on 6 April, and then Björn and I will be married. So I was doodling today while on the phone and sketched this… 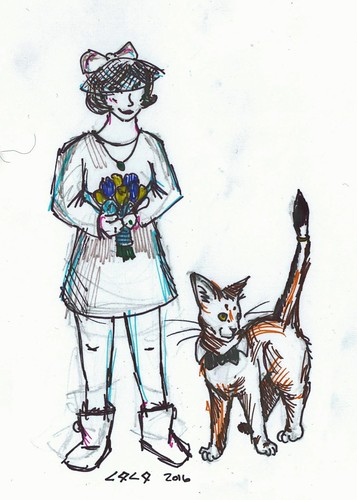 Which I like…but Jacoby looks so BIG! So I went into Paint for just a moment… 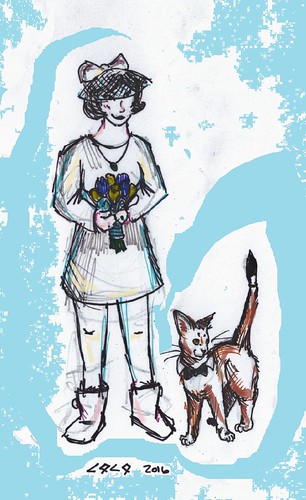 I saw Zootopia a little while ago, and I LOVE it. I really can’t wait to see it again in the theatre. Yeah, it’s that good. 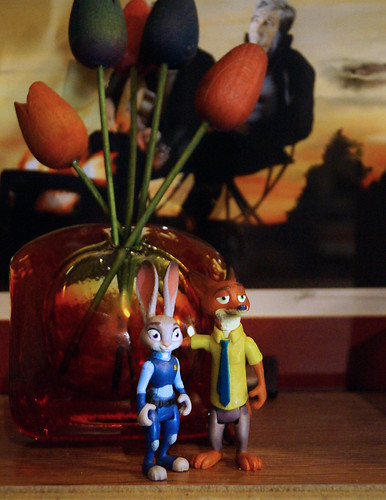 I mean, how often do you see a movie that addresses racial issues, stereotypes, discrimination with witty but insightful commentary and has cute talking animals? Not to mention a few awesome inside jokes. 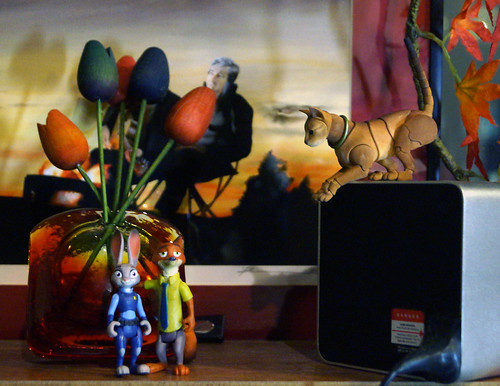 The main protagonists, Judy Hopps the rabbit and Nick Wilde the fox are among some of the best fictional characters I’ve ever come across. 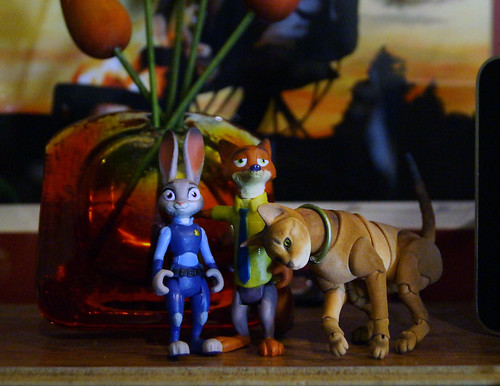 I think Mini Jacoby has a little man-crush going on with Nick, actually.

So today is Easter, which isn’t really that big of a deal for me or my family. 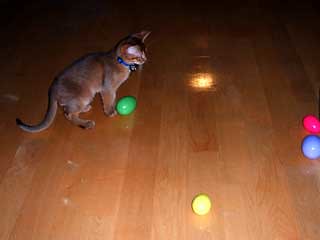 But I always think of Gun-Hee’s first Easter. 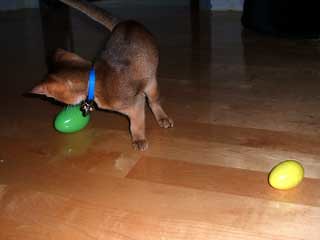 I had bought Kylie some of those plastic eggs last year for her first Easter, so I found them again and brought them out for Gun-Hee. 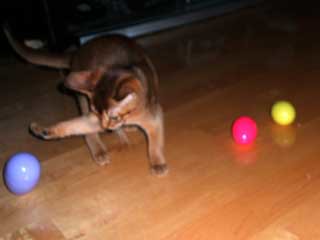 He had such a good time playing with them! 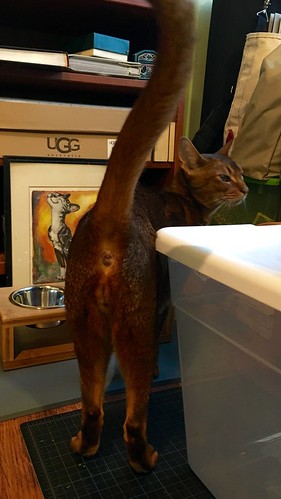