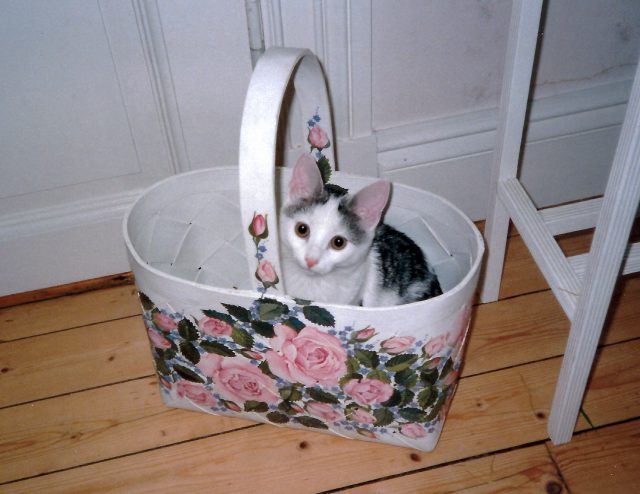 Today would have been Pyret’s 22nd birthday. 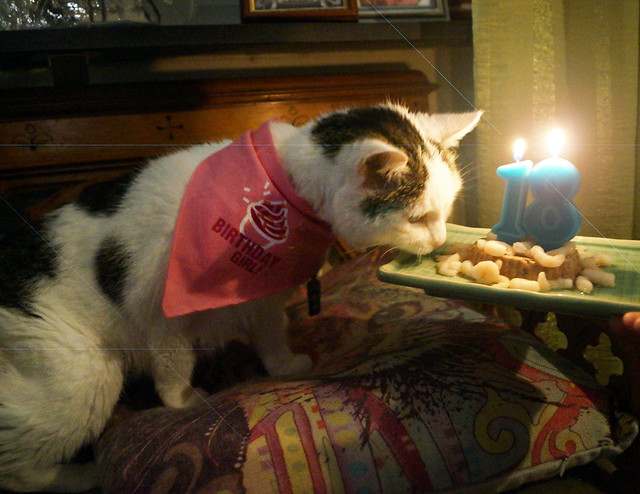 She only saw 18 birthdays, but no matter how long they’re gone, you always remember their birthdays. 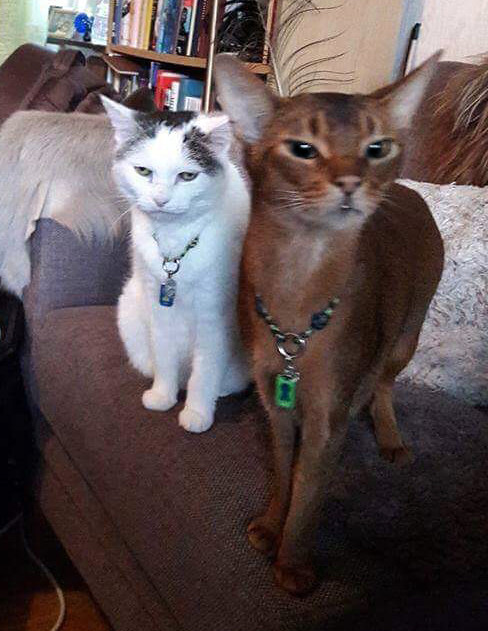 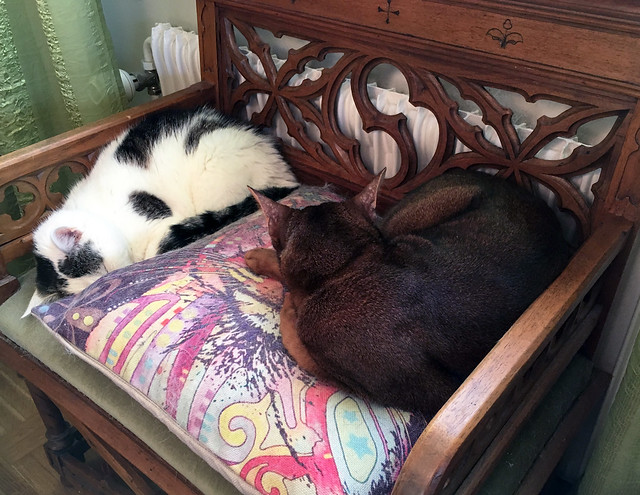 Pyret was an only cat for many years…until she had a couple of Abyssinians thrust upon her. 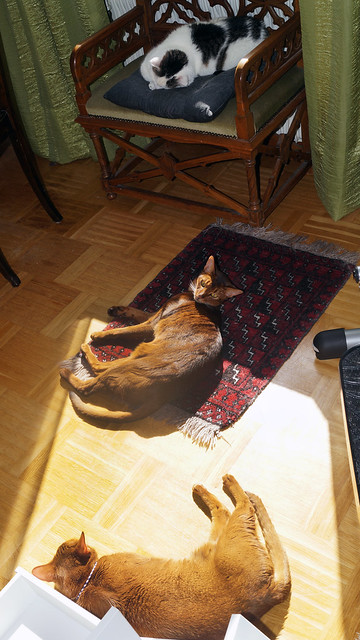 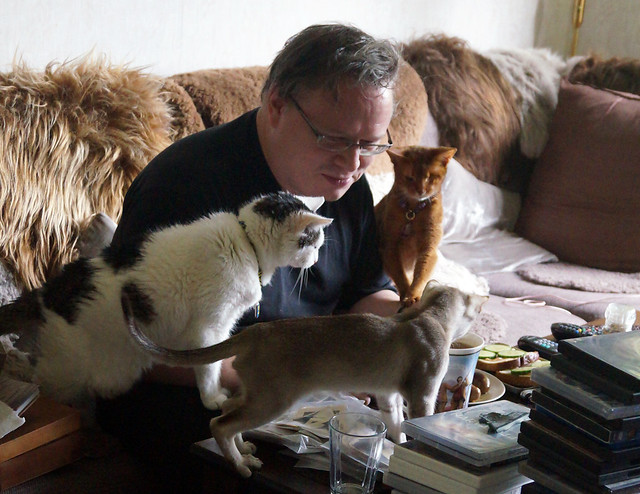 She adapted well, though. 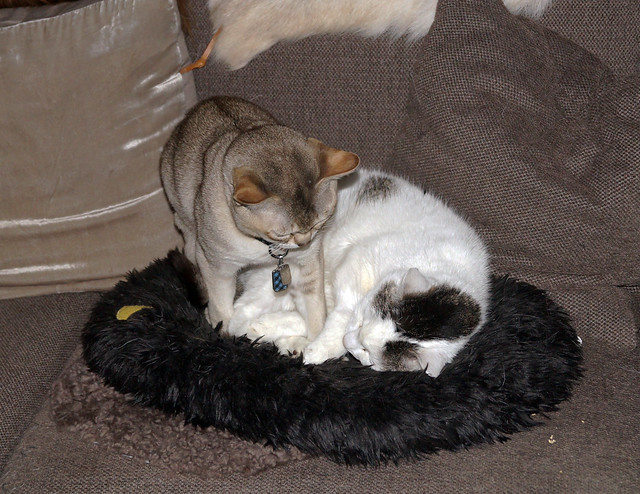 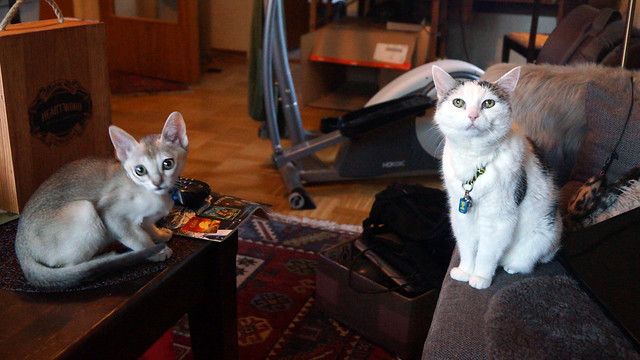 Right from the start, they had a sort of bond, those two. 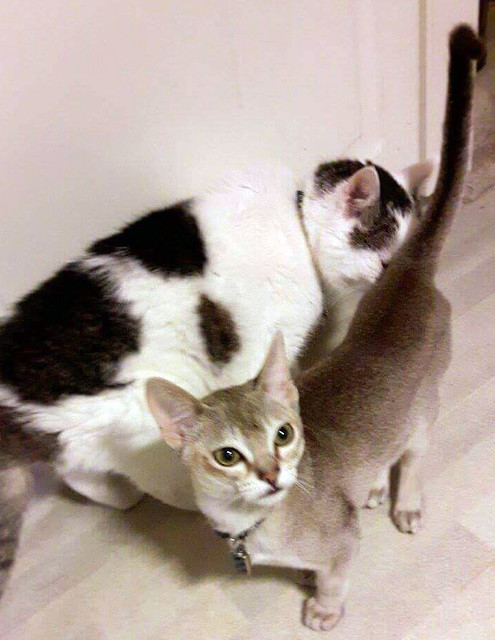 Of course, when there’s a Singapura involved, bonding is not exactly an option. 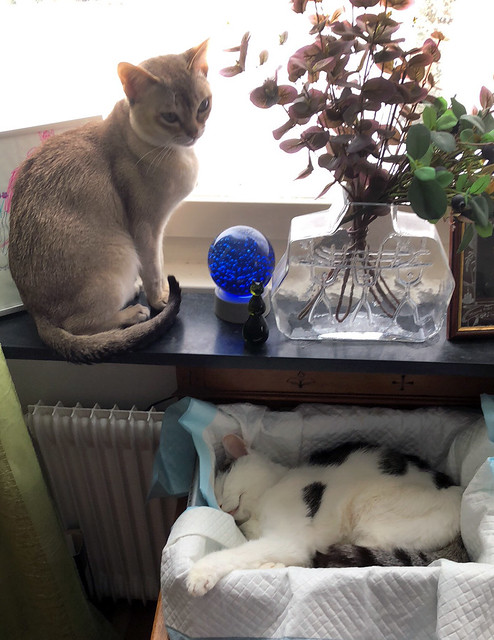 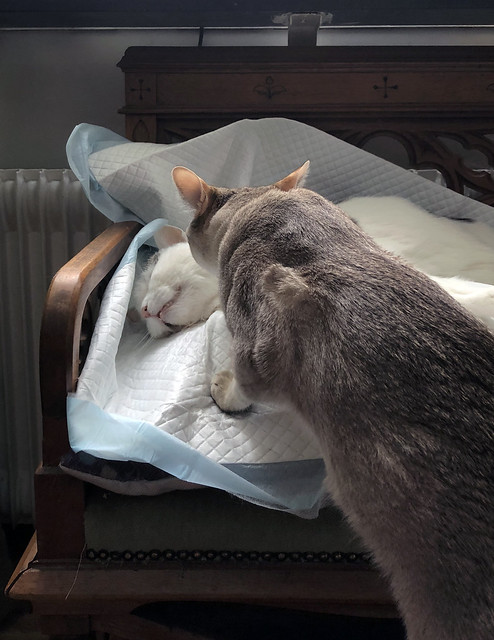 When Pyret started dying, Logan watched over her closely. 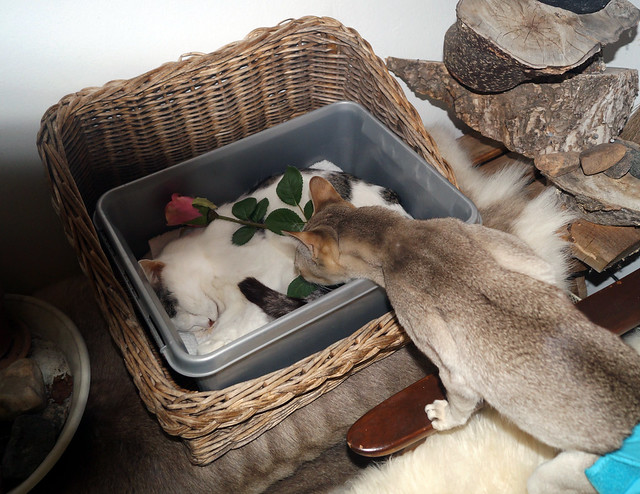 Even after Pyret died, Logan spent time with her body. It was especially poignant in hindsight, as Logan died a month later…almost as if he knew. 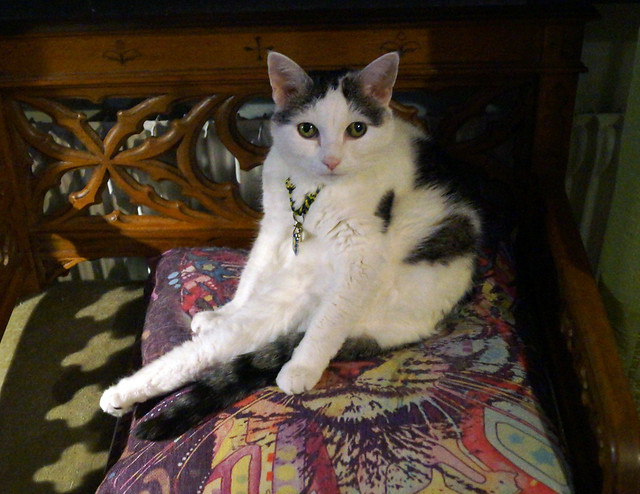