As most of you, I think, know, I moved from my beloved Boston to Sweden in June 2016. But what I haven’t had a chance to explain yet is… 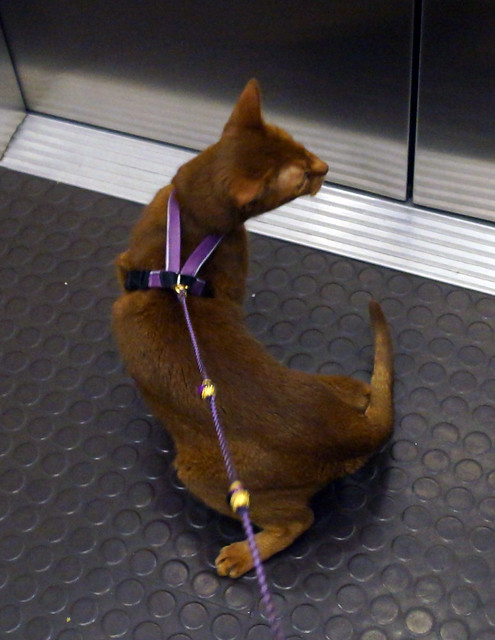 …my beloved Boston veterinary clinic, South Boston Animal Hospital, moved from East Broadway between H and I Streets (which is now, rather disconcertingly, a nail salon so fancy it calls itself a “nail bar”) to… 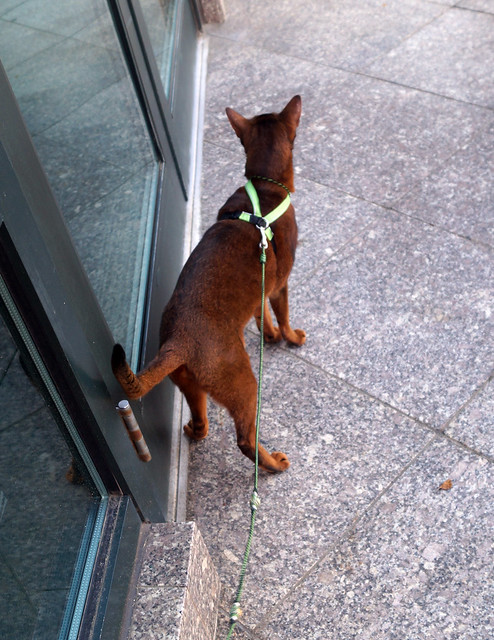 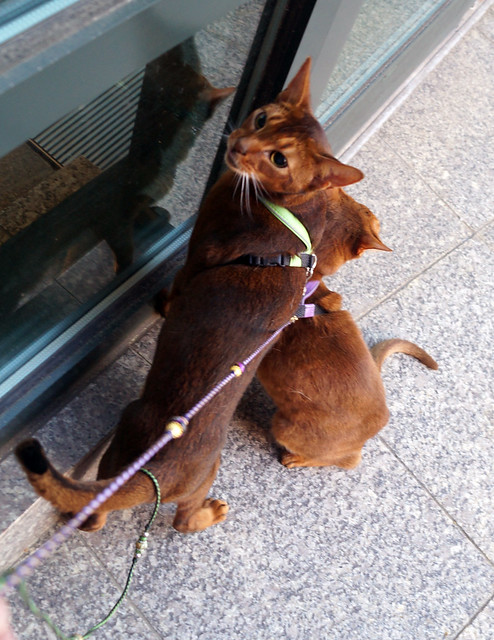 It’s one of the few things I really, really miss about my life back in the US. The fact that, for 15 short, precious days, my vet’s office was in the first floor of the building I lived in. I mean, literally…all we had to do was go down the elevator, go out the front door, walk a few steps outside…and yeah. You’re at the vet. The awesome vet that you love, not the sucky one you go to because you have no options. 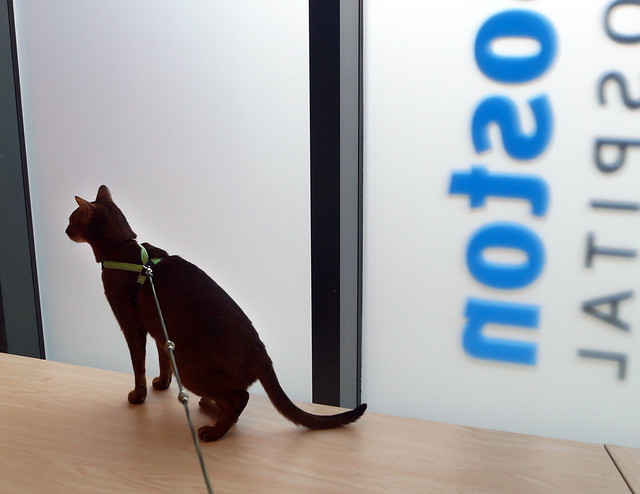 We were lucky enough to go there three times before we left. 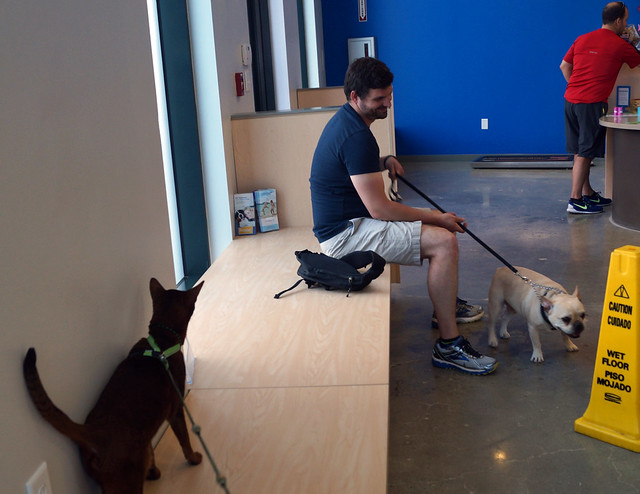 The opening was supposed to be on my birthday, 1 June, but it was delayed because of…reasons. We visited on 6 June and work still wasn’t quite finished. There were caution cones all over the place. 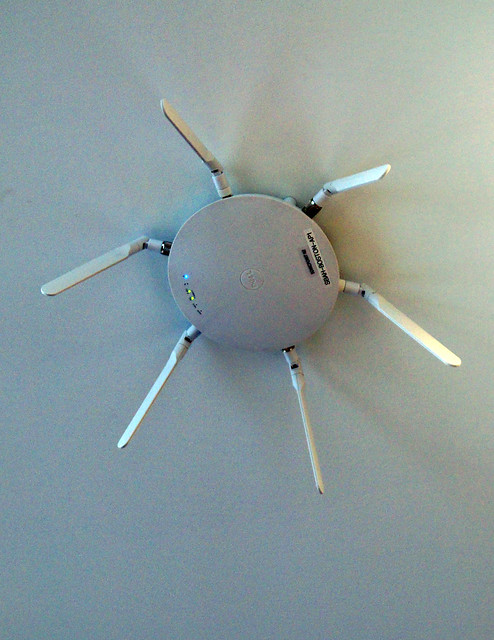 They did have impressive wifi set up already, though! 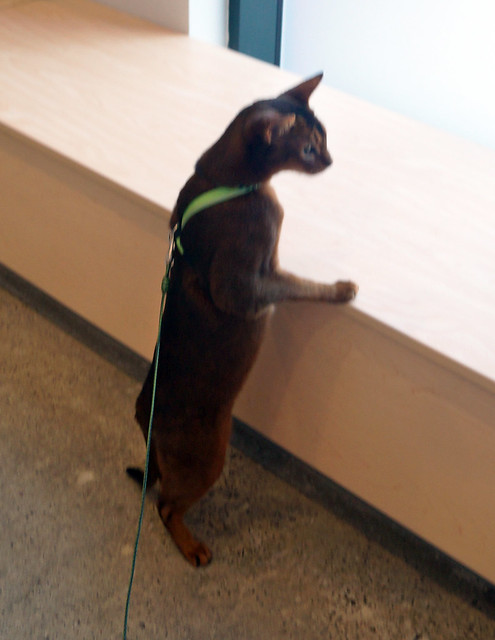 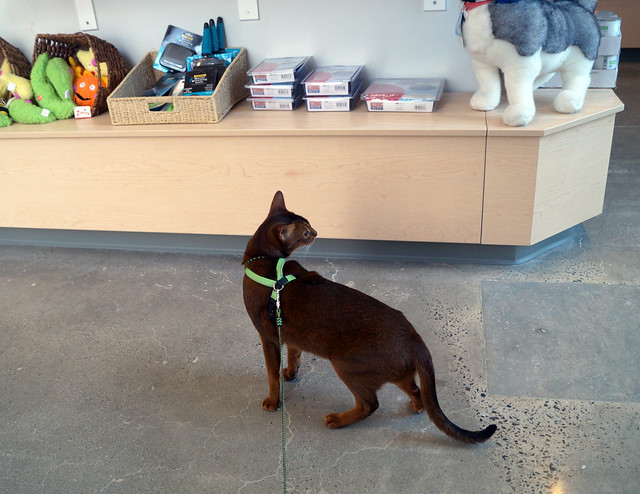 Jacoby was eager to check everything out. 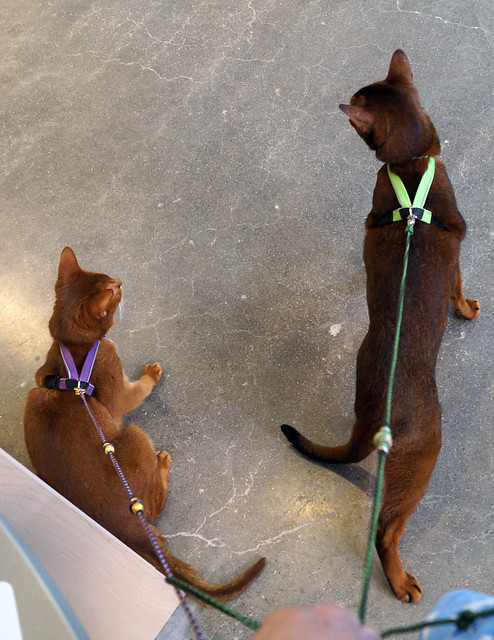 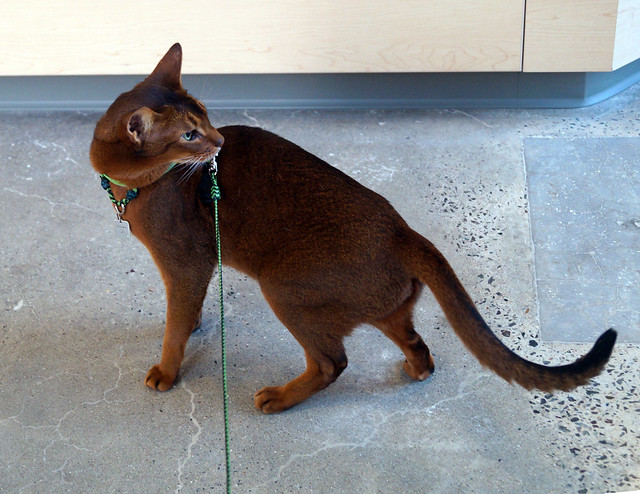 This was our fist visit to the new location before moving. Next week, come along with Jake and me to the SBAH grand opening party!

4 thoughts on “Aby-a-Day – 9 April: Timing is everything (Part one) (Medical Monday)”