It was a balmy 10°C (50°F) today, so Lorelai, Alfred; Izaak and I went outside for a little bit. This was the first time we’d been out for a few weeks, and I think we all needed it. I also wanted to check out the new “pond” at the bottom of the hill. I wonder how long it will last? 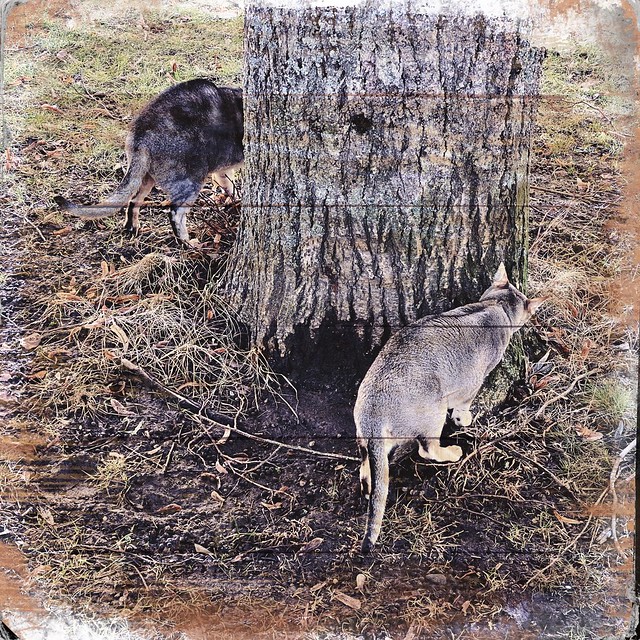 Freddy and Zak checked out their dustbowl tree, but it was too muddy for rolling. 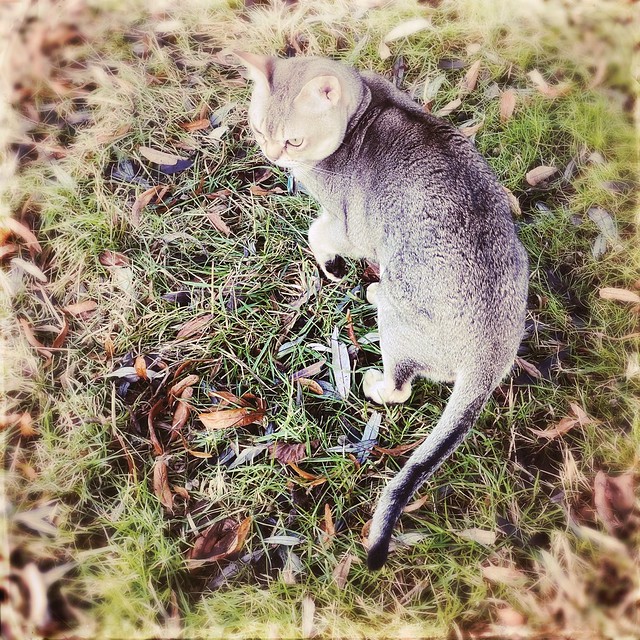 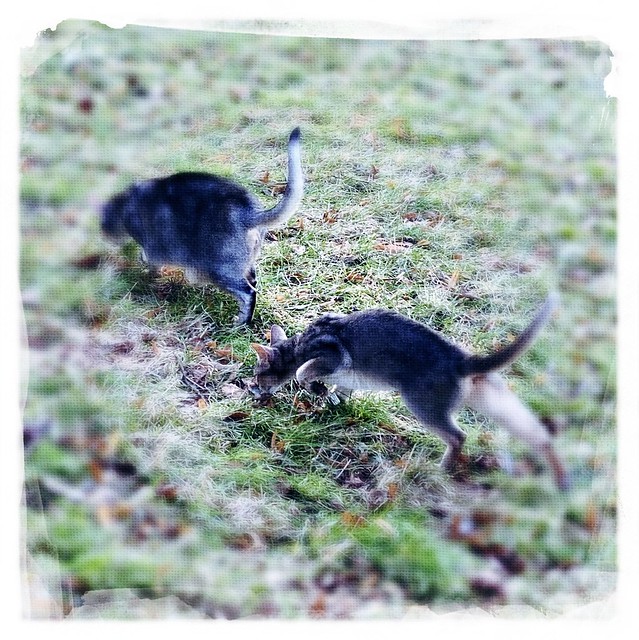 The ground was kind of muddy and slushy, but they had fun reacquainting themselves with the outside. 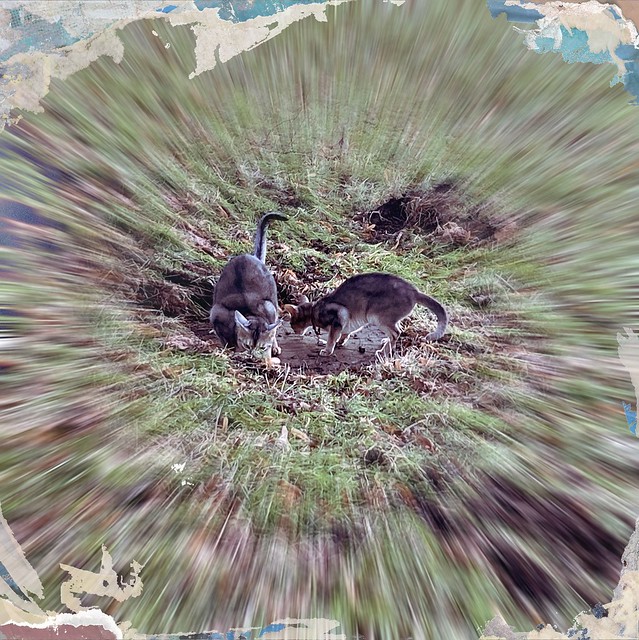 Freddy and Rory investigated a metal drain cover. Freddy tried to roll on it, but I didn’t manage to catch it with my camera. 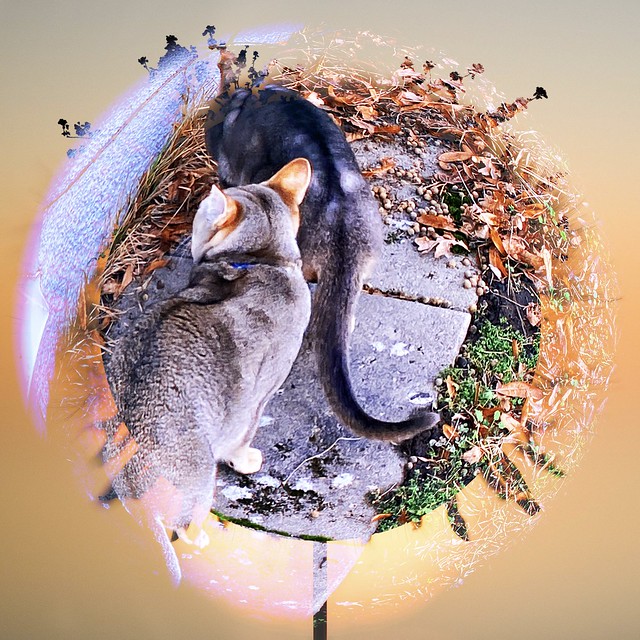 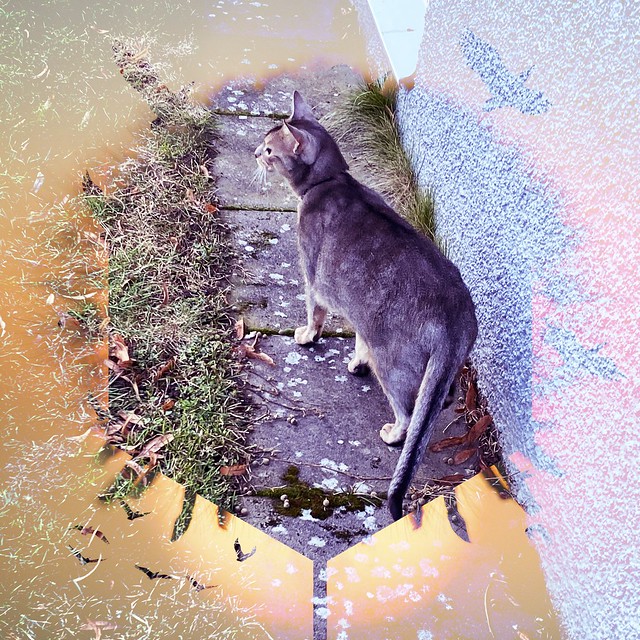 Then they had to check out the back of the building. 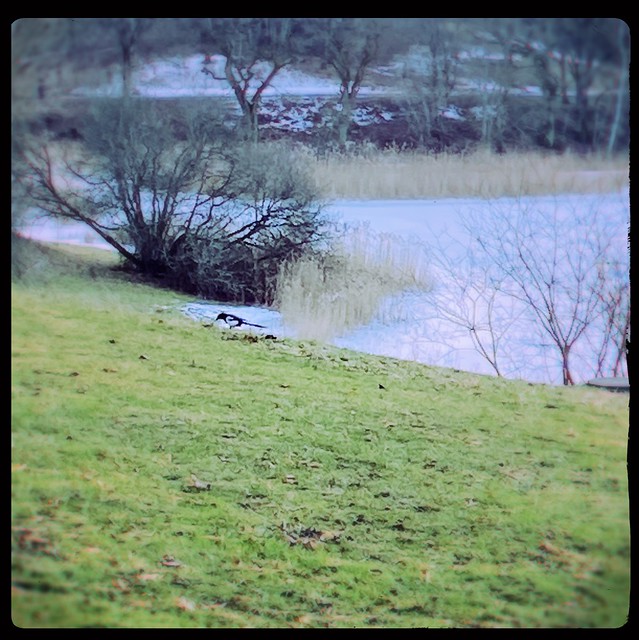 There’s still ice on the lake, but I think it’ll melt soon. I also managed to include a magpie in the photo. 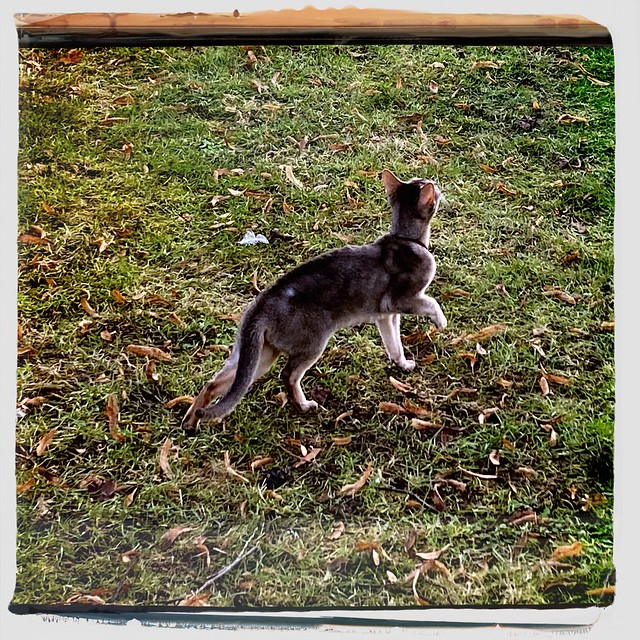 Rory noticed it when it flew away. 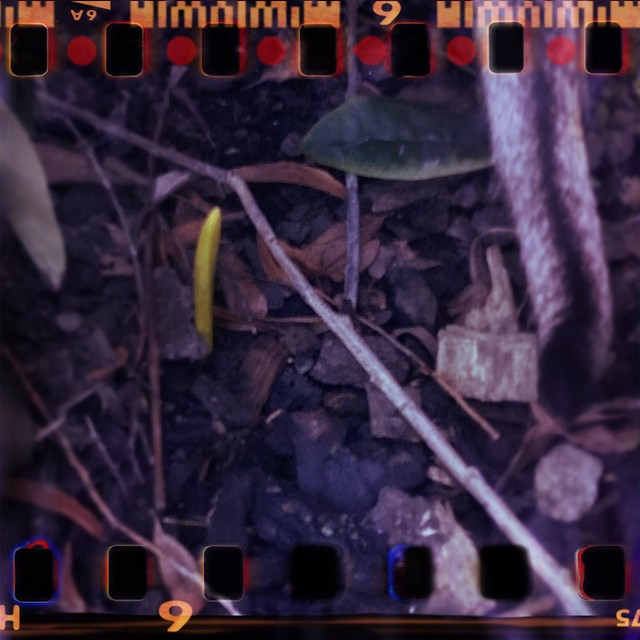 There’s definitely signs that spring is coming. The bulb plants are starting to sprout. 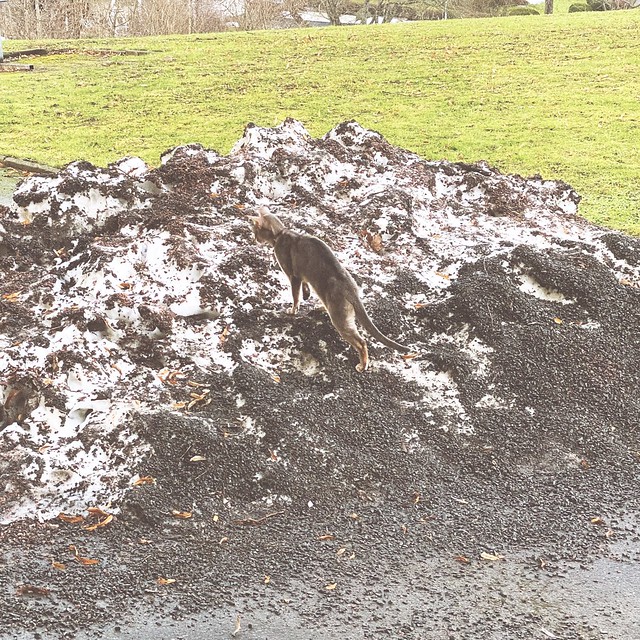 We do still have a pile of snow. Which, of course, Rory had to climb it. 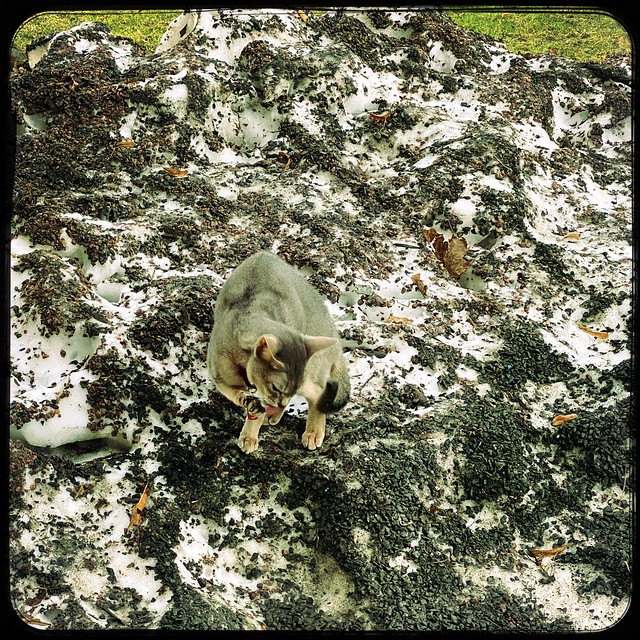 The only thing they do about snow here is throw gravel on it (I really miss the snow melting stuff they used in Boston because gravelly snow is really hard to walk on). I think Rory got a piece of gravel caught in her paw pads. 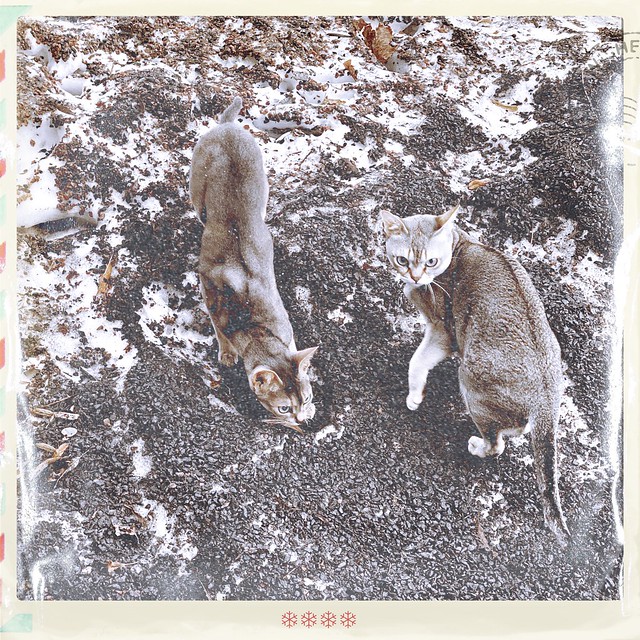 Since Rory was checking out the snow pile, Zak had to check it out as well.

Finally, we all went back inside…but Rory still wanted to explore. She was the last one to go back into our apartment.