This is part of the backlog of photos I have; these were taken 27 June 2017. This was before we had fixed up the balcony; Alfred had been with us three weeks and Logan had been with us just over two weeks. Already the “brothers from another mother” were fast friends. 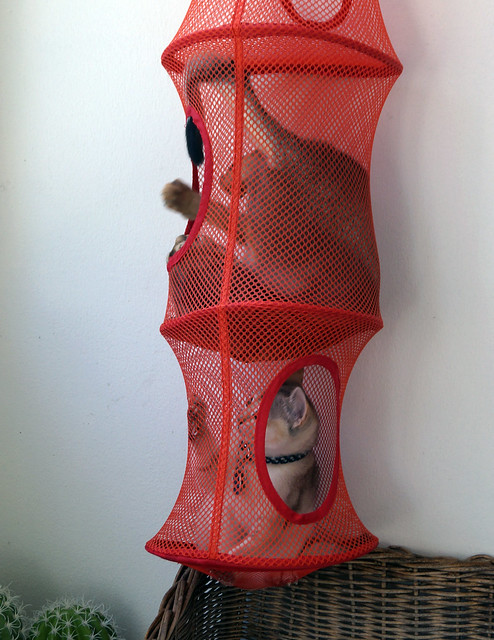 Freddy grew up with a bigger version of the IKEA tube with his littermates, so this was especially fun for him. 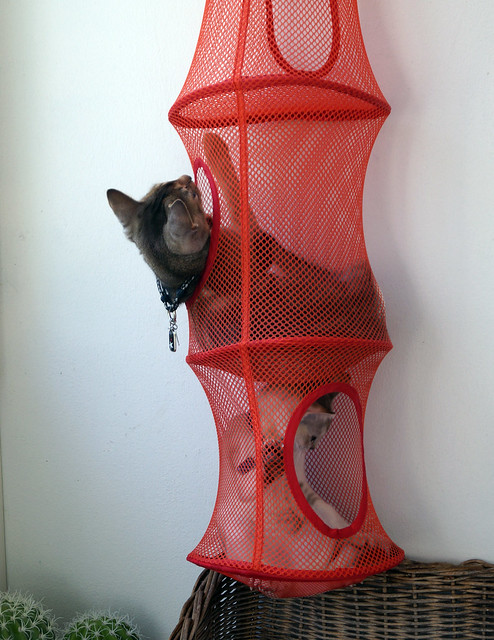 Logan loved it, too. 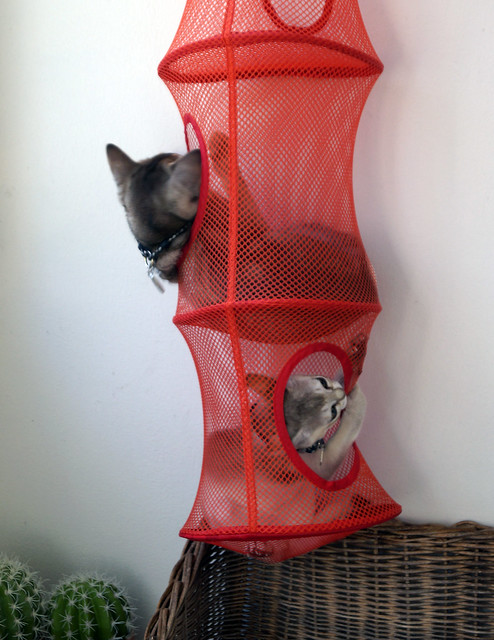 He pretty much loved anything Freddy did. 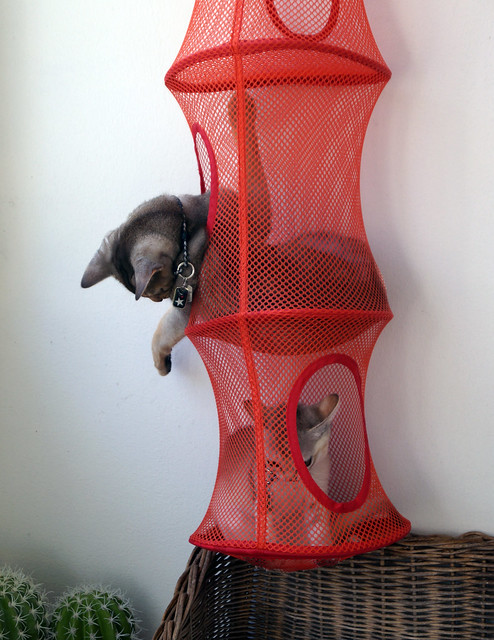 That tube was a lot of fun, but they eventually outgrew it. Maybe when we get more kittens, it’ll come out again.

I also took a little movie of them playing. It’s so cute.