This week, The CFA History Project published an article about Sedgemere Peaty, one of the very first Abyssinians.

There is also an article with a fanstastic wealth of photographs about a silver Abyssinian born in 1909 named Quizero Taitou (Or Ouizero…there’s some confusion over whether his name started with an O or a Q; Q makes more sense, though).

What is interesting about Quizero, though is that his father, Aluminium, also sired Ras Dashan, who sired Ras Djibute, whose granddaughter, Woodrooffe Aura was the mother of the famous (Djer-Mer’s) Woodroofe Ras Seyum, from whom Jacoby, along with many modern Abyssinans, are descended.

Ras Seyum was famously featured in the November 1938 issue of National Geographic. How fun to see Jake’s ancestors’ photos!

(Oh and also, while looking for these historical photos, I stumbled upon this article about cat domestication and was flattered to find one of my photos used – and credited! – as an example of a show cat! It was just published on 27 April, so there’s another nice surprise. 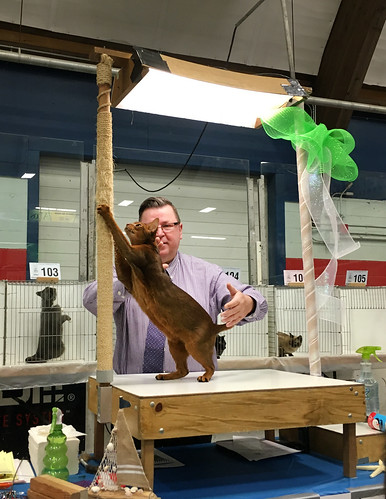 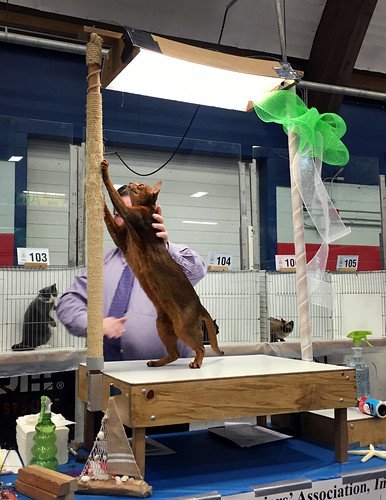 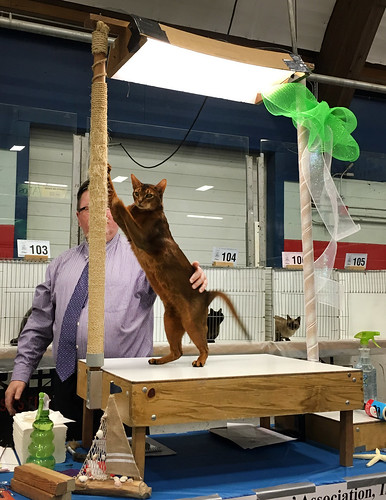 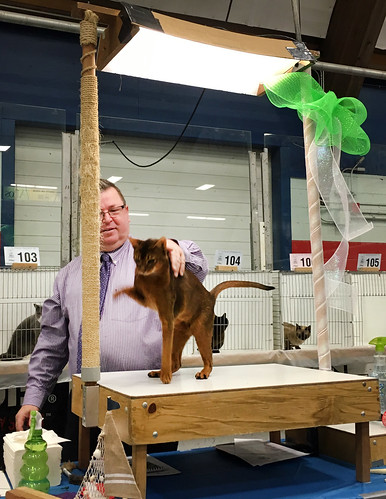 And just for fun, here is a series of photos of Jake doing something he rarely does: Pole dancing! While many cats love to scratch the sisal post on the judge’s table, Jake usually prefers to post majestically. However, in his first ring at Seacoast with Gary Veach, he decided to have a little stretch. Although he does seem a bit bewildered, doesn’t he?