Logan is one of only 55 Singapuras registered in Sweden (and less than 60 in all of Scandinavia). Being such a new and unusual breed, the gene pool is understandably small. So, he won’t be getting neutered for a while. 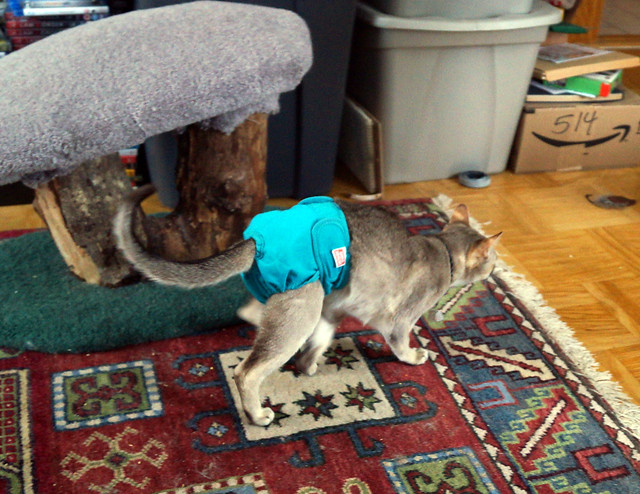 As you know, living with an unneutered male cat can be…problematic. Fortunately, Logan’s father, Hollywood de la Symphoriane, doesn’t spray, and neither does Logan, at least, not yet. But he does sometimes pee in places around the house. He seems to pee mainly in odd corners of the house, and our bed (so we have to keep that door closed)…and one time on Björn’s desk. So, when we can’t watch him, he wears one of his stylish stud pants. 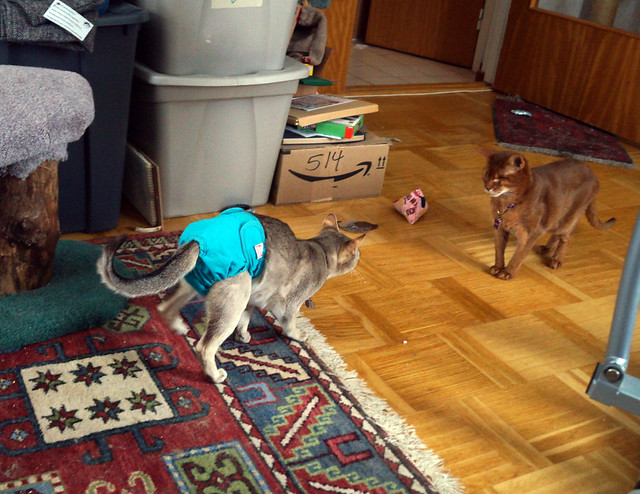 The easiest ones to find are Perfect Solution dog diapers. They come in only one colour, but it’s a nice turquoise, and Logan’s colour is blue, so they aren’t bad. Not terribly expensive, either. However, they are made for dogs, but they seem to work well. 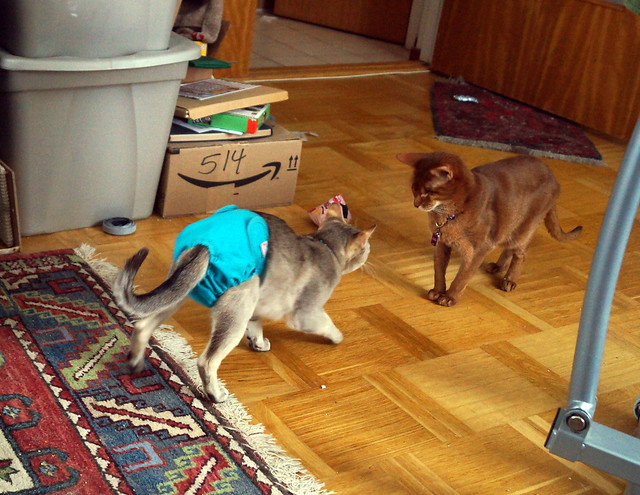 A brand I want to try, but haven’t been able to find yet, are Hurtta Fellow pants. These are made in Finland, and rather expensive. But they seem to be very well made. But again…designed for dogs. And they only come in black.

The best diapers I have found so far, however, are Barkertime cat diapers. 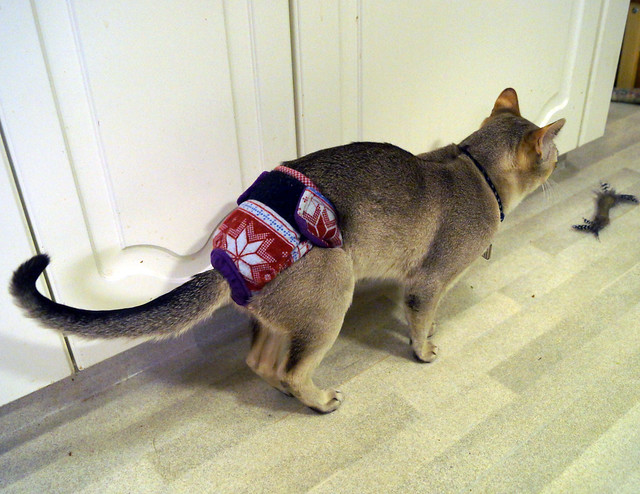 They are wonderfully made, and designed for cats for a change! 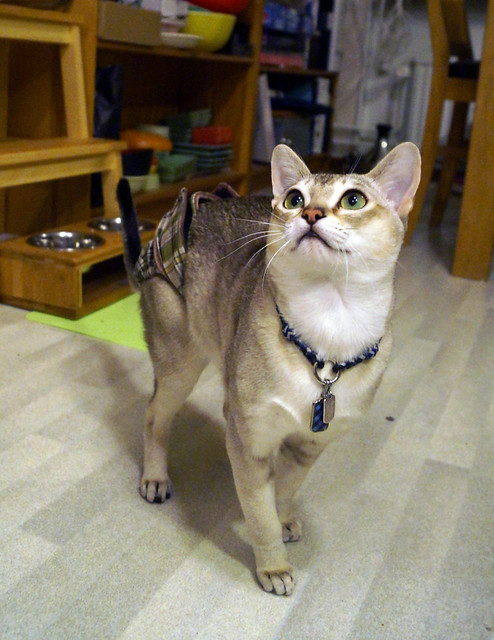 And they come in lots of colours and patterns. 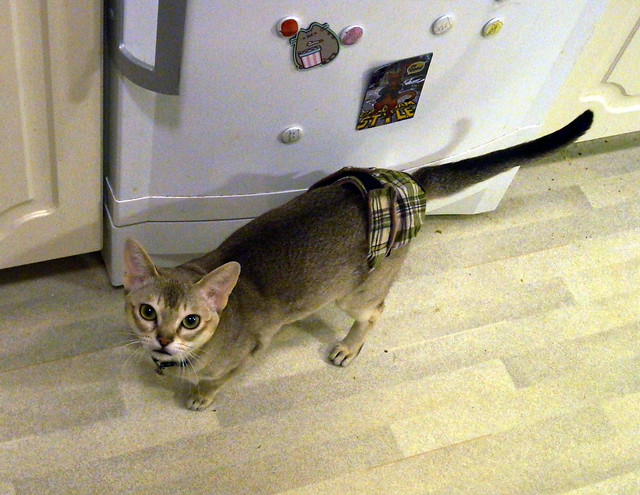 But they are a bit expensive. And I have to get them shipped from the States. 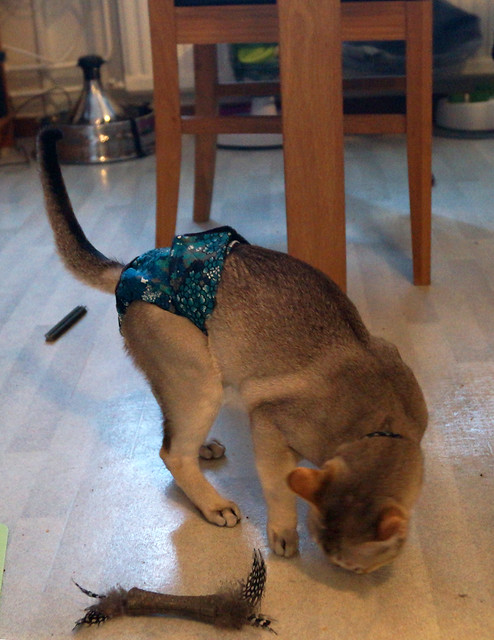 However, you can save a bit of money if you let them pick and send you random leftover colours and patterns. 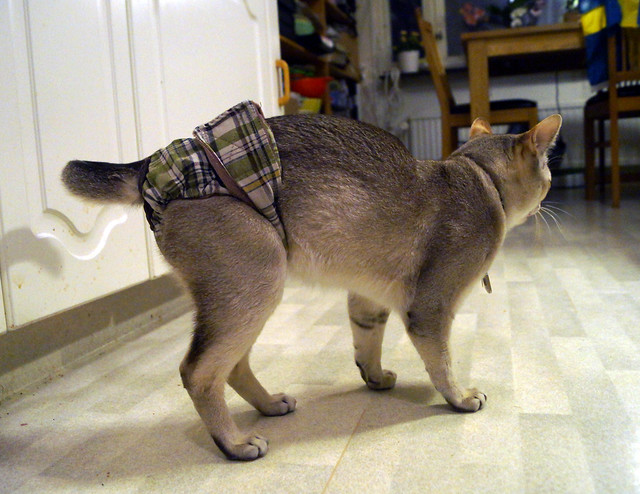 And we got pretty lucky with the random colours, I must say. A festive, Christmassy red and white flannel pair, a very attractive dark blue flower print, and this snazzy, colour-coordinated cream, olive and chocolate plaid number. 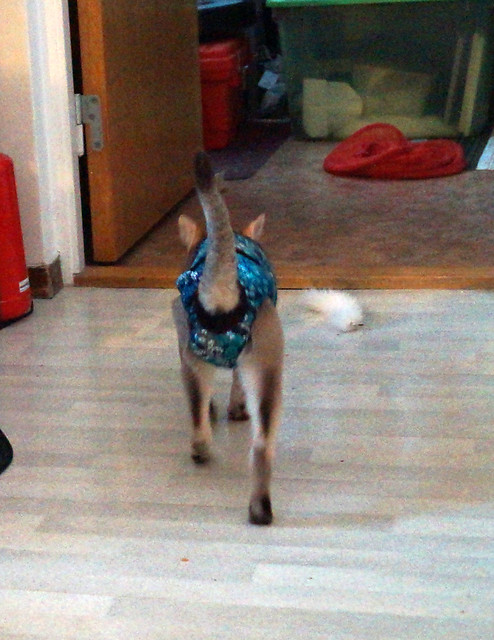 Of course, Logan doesn’t care how fabulously stylish he is in his stud pants. 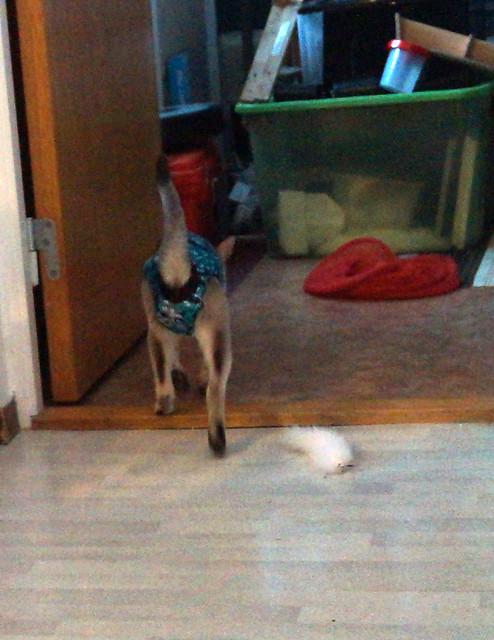 Logan doesn’t like them, but he actually really walks well in them once he gets used to them. 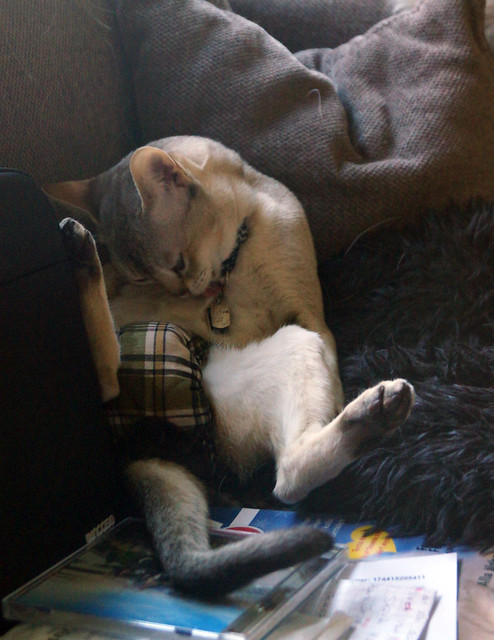 His biggest problem with his diapers is that he can’t groom himself. He is a spectacularly fastidious young cat and grooming himself is his favourite pasttime. 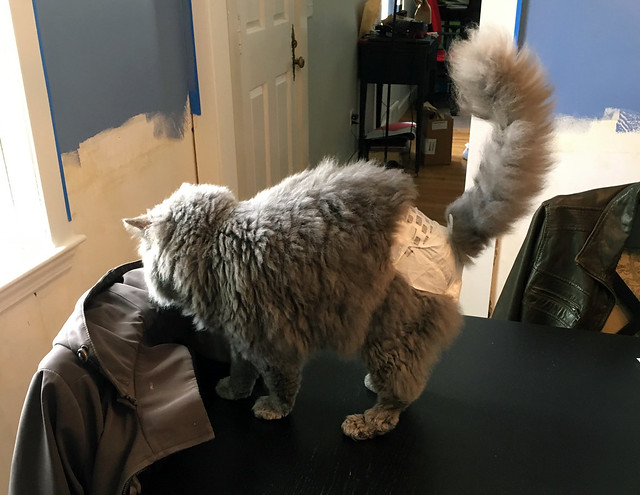 There is also the solution my friend Stephanie uses on her breeding Selkirk Rex, Teddy: Baby diapers with a tail hole cut in them. I haven’t tried this yet.