We’ve been having a lot of snow here in Boston; the word they keep using on the news is “unprecedented.” 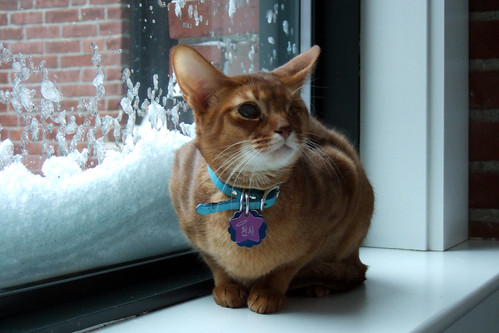 By now, Angel’s a complete New Englander, and she’s used to seeing snow in her windows…but once upon a time she was a little California girl. 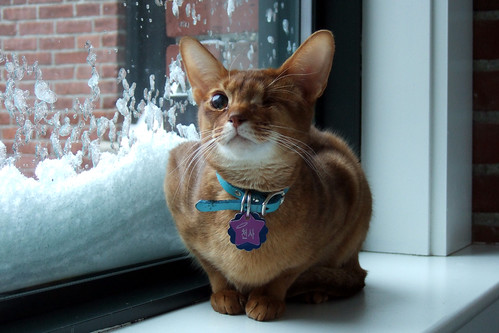 She saw her first snow on 20 December 2008, and she wasn’t entirely sure about this white stuff. 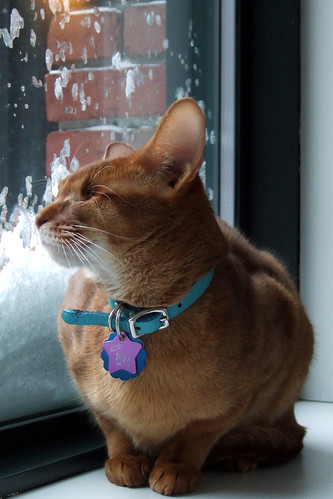 The window was colder than she would have liked, but she did enjoy watching the flakes falling. She’s never actually been out in snow yet…maybe that’s a future adventure for her!