When we all move to Sweden, Jacoby and Angel will have fabulous HD Cat TV on a big window. 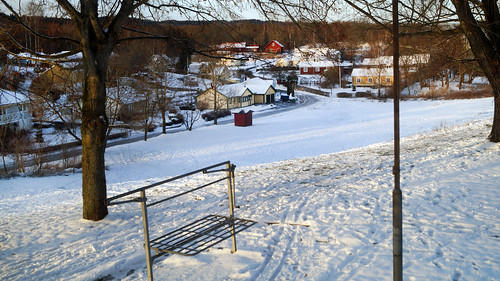 This is the view from Björn’s living room window. 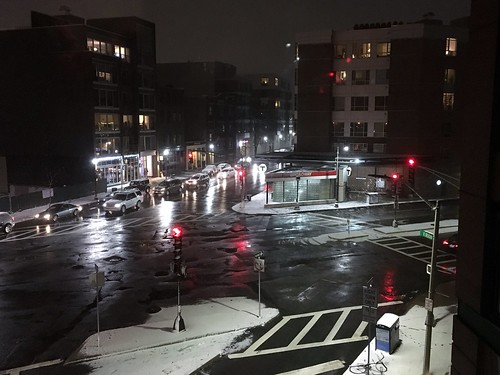 Granted, it’s significantly different from the view they currently have out their windows… 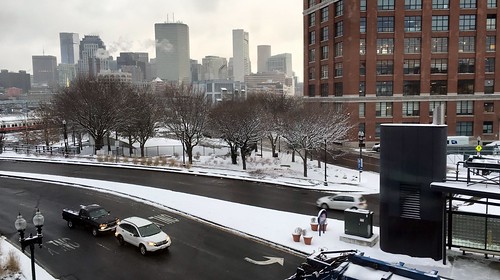 …which isn’t to say that watching cars and trucks isn’t interesting. I just think that cats in general find birds more captivating than vehicles. 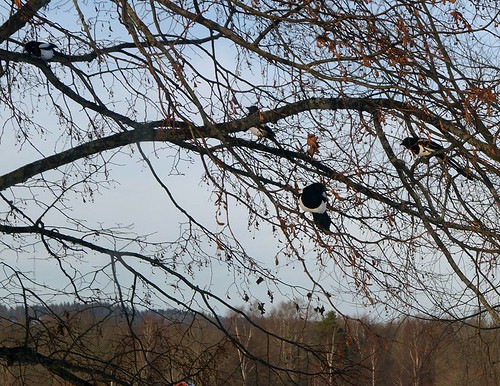 There are lots of birds that frequent the yard outside Bjorn’s apartment, as well as squirrels and the occasional rabbit. 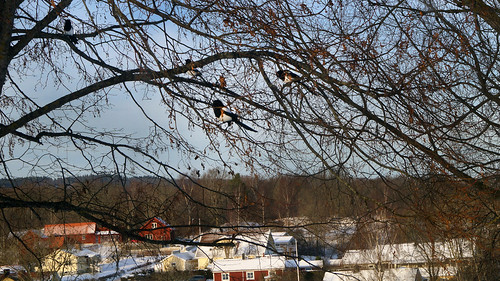 Residents aren’t supposed to feed the birds from their windows or balconies, but they still come close to the buildings. 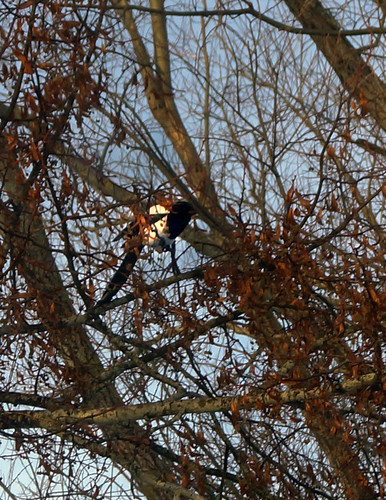 Best of all are the magpies. 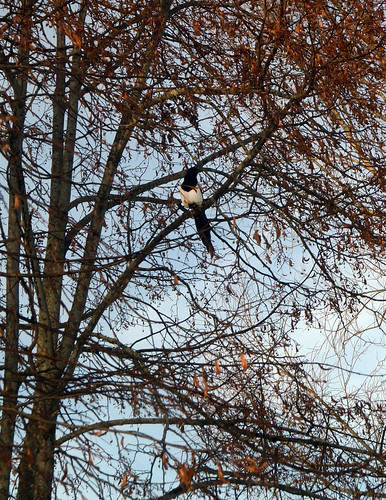 I love magpies; I grew up in Northern California, the only place in the world where Yellow-Billed Magpies exist. 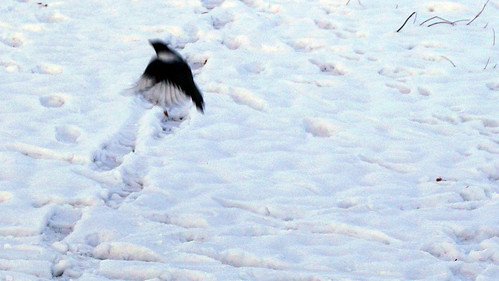 There are no magpies in Massachusetts, and even blue jays and crows are fairly scarce in the city.

I miss seeing them and was happy to learn that once I’m in Sweden, I’ll get to see them, as well as crows and jackdaws, fairly often. 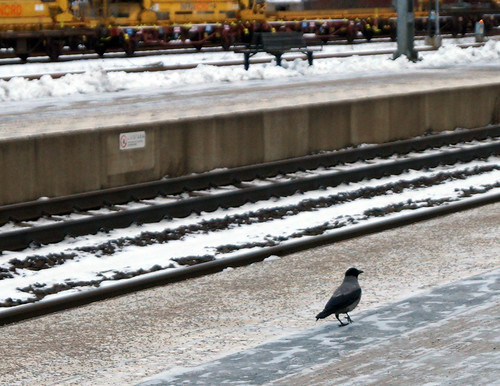 (This is a crow at the train station in Falköping…I love their colouration so much!) 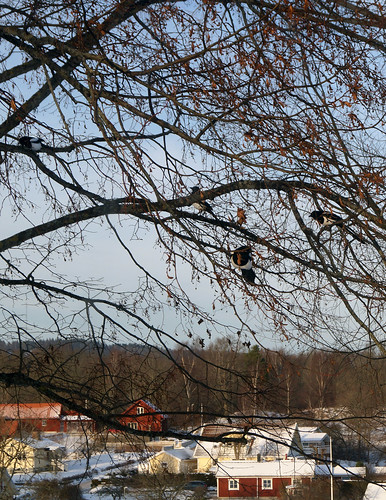 Views like this, taken outside Björn’s living room window, are common. 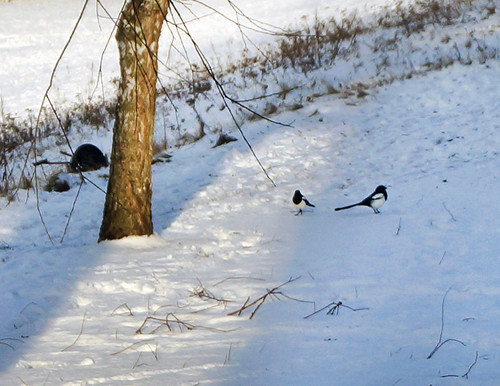 Which is really cool, since I love magpies. 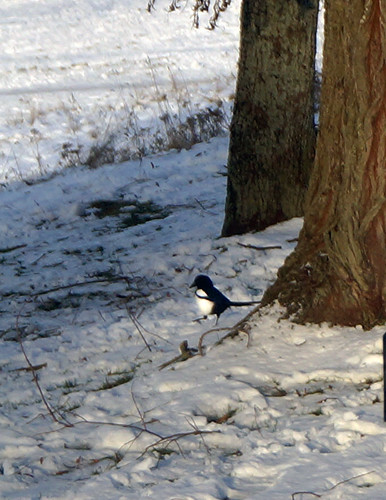 I found the view outside Björn’s window endlessly fascinating. 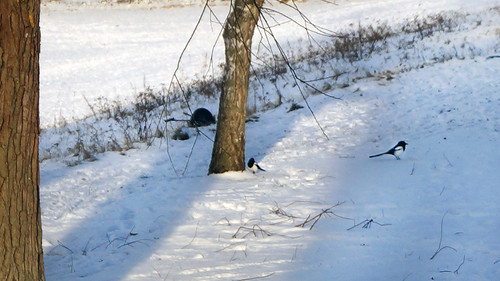 I can only imagine what Angel and Jake will think! 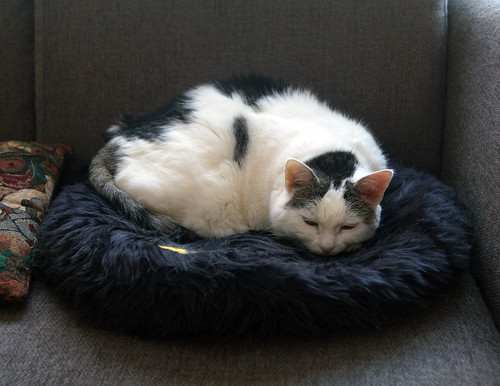 Pyret, being 16 years old, is rather immune to the birds outside. 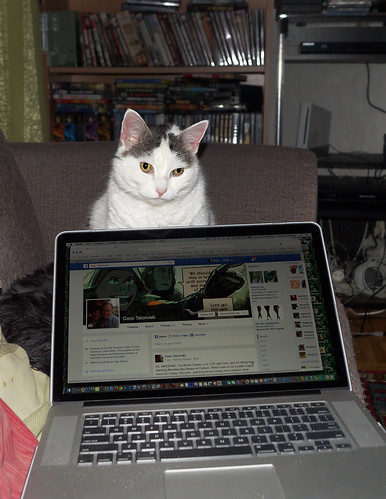 She’d rather watch me work on my laptop!