At this local pub we go to for book club meetings and the occasional pub quiz was festooned with these silly Guinness pint glass St. Patrick’s Day floppy hats when we were there last Thursday. Of course, we had to snag one to show the LunaTicks. It turned out to be just the boys…Angel, sagely, made herself scarce. 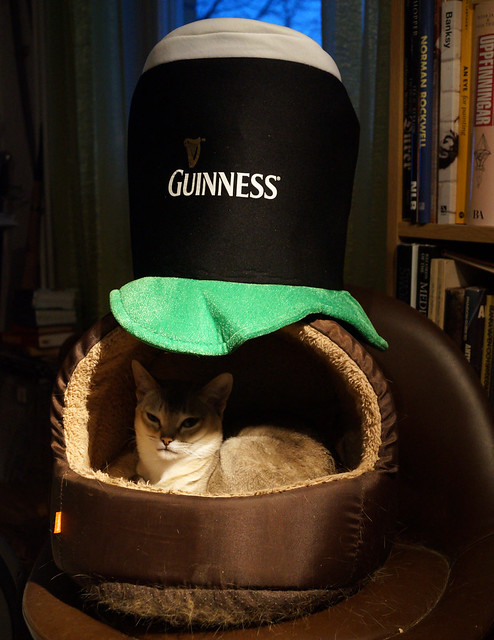 Logan was in his favourite brown nest bed and I couldn’t drag him out just for some silly photos. So, I just put the hat on his bed. I think he liked it. 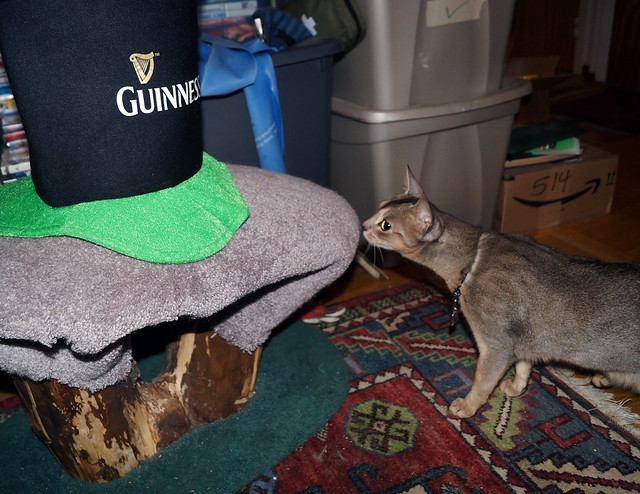 When Alfred came into the room, I moved the hat to our tree stump cat tree. 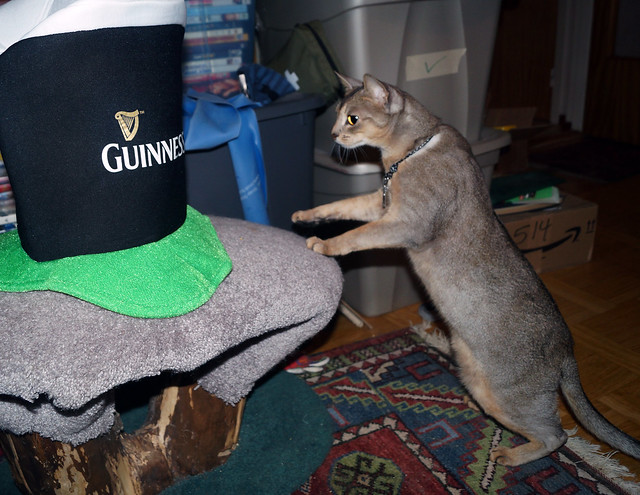 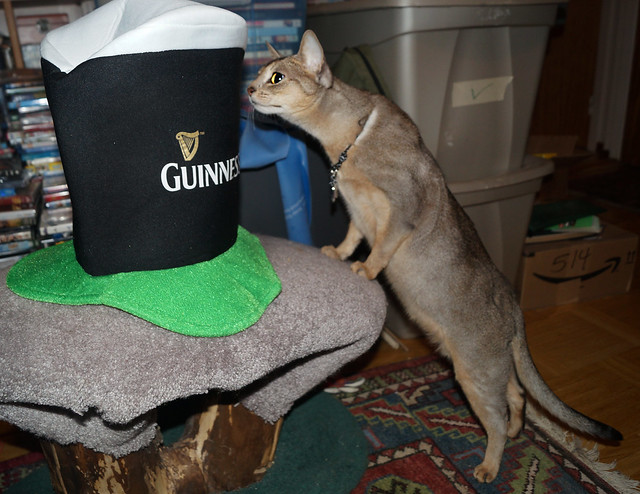 He was actually a little afraid of it. 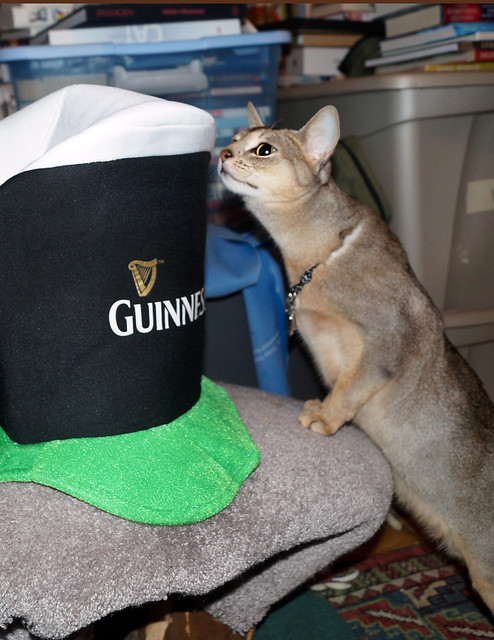 He’s usually so brash and fearless, it was highly amusing to watch him be so wary of a new thing. 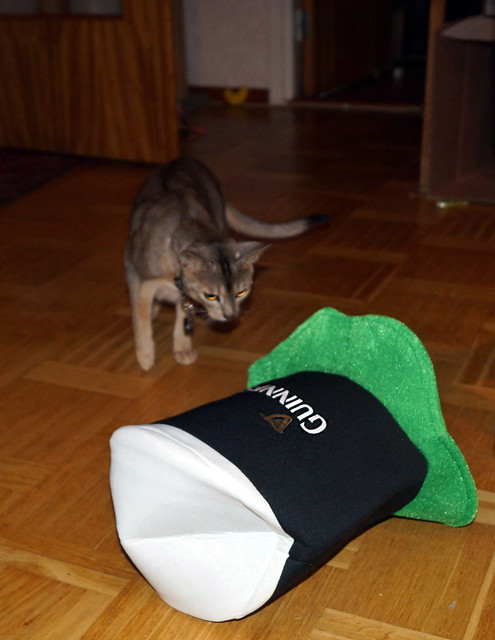 I tossed it on the floor, and I think for a second he wondered if it was alive. 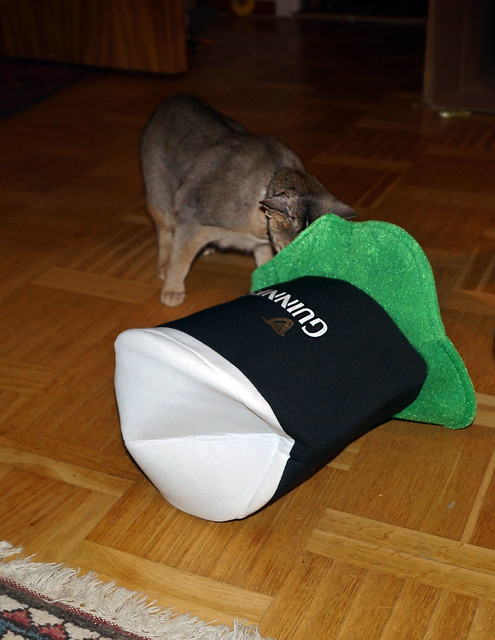 He examined it thoroughly, inside… 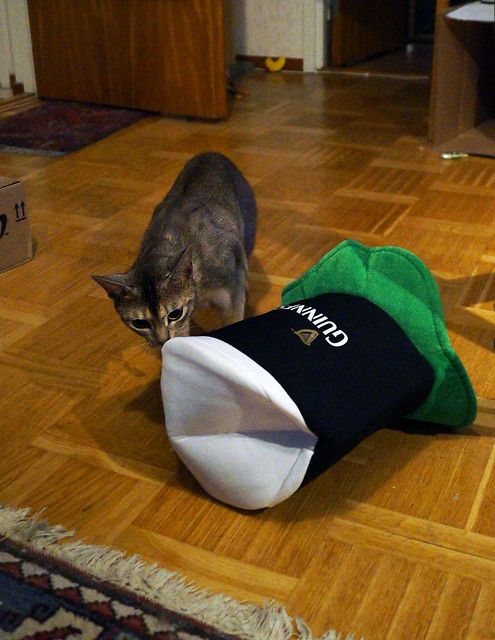 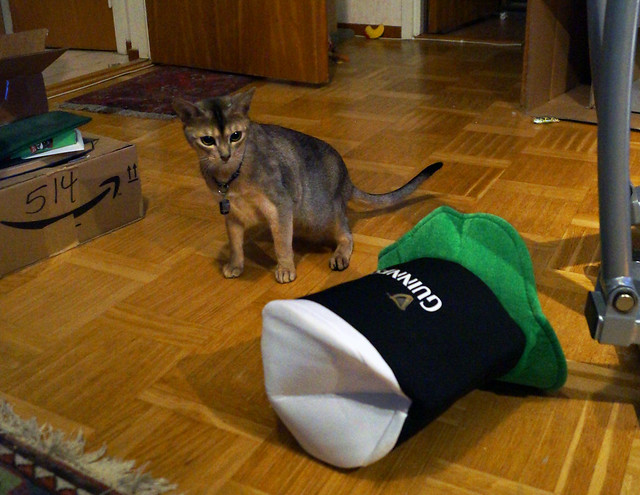 Then I did that slightly mean thing that all cat people do…I made the “Pssssst! sound and he jumped back. 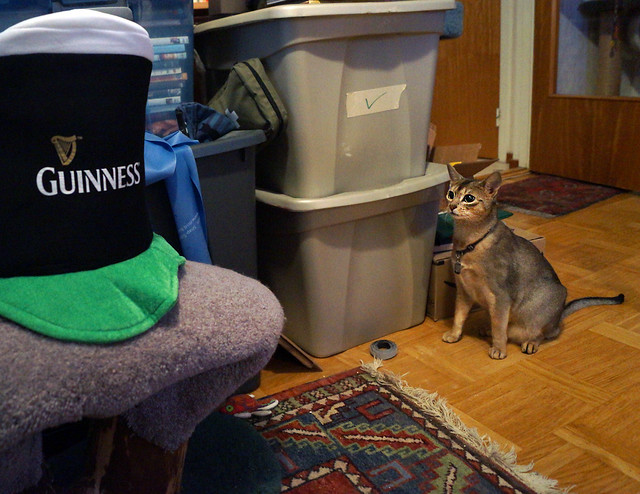 Which actually might be a good thing. Maybe I can put it on places I don’t want him to go. 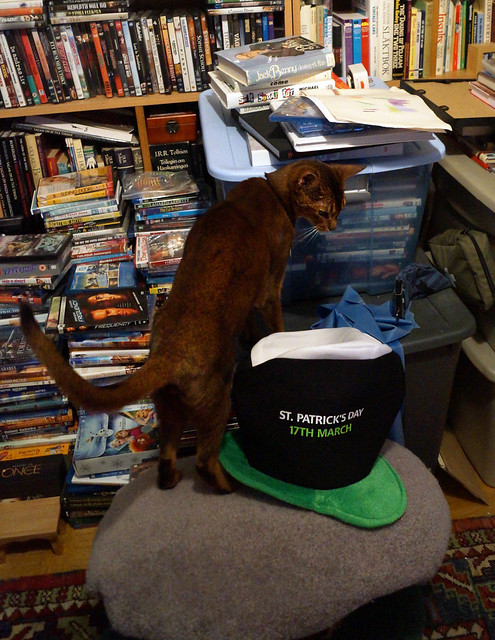 Jacoby, on the other hand, was unfazed…or should I say, unfezed? 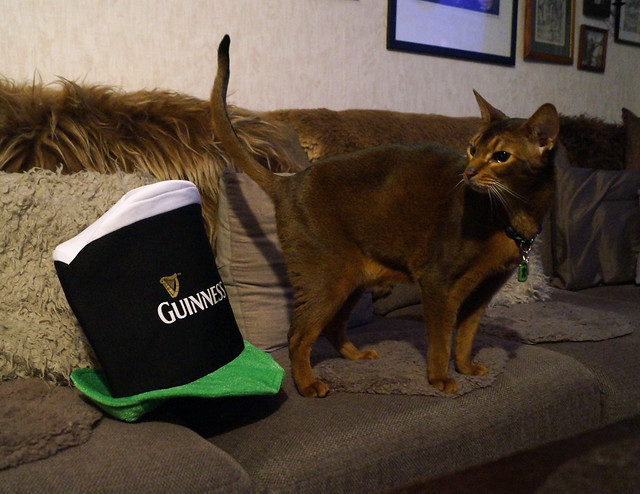 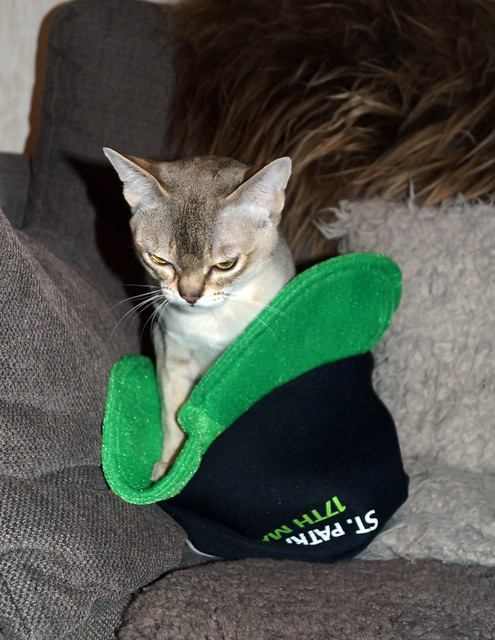 Meanwhile, Logan came out of his bed and joined us on the sofa. I came up for a different way for him to “wear” the hat. 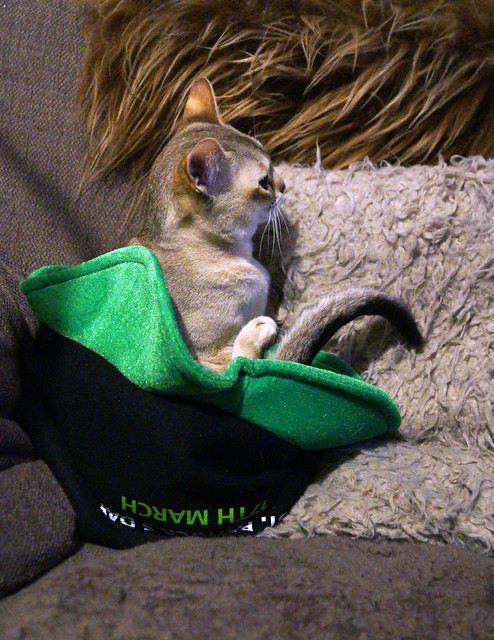 I’m not sure if he liked it or not. With that face, it’s hard to tell sometimes. 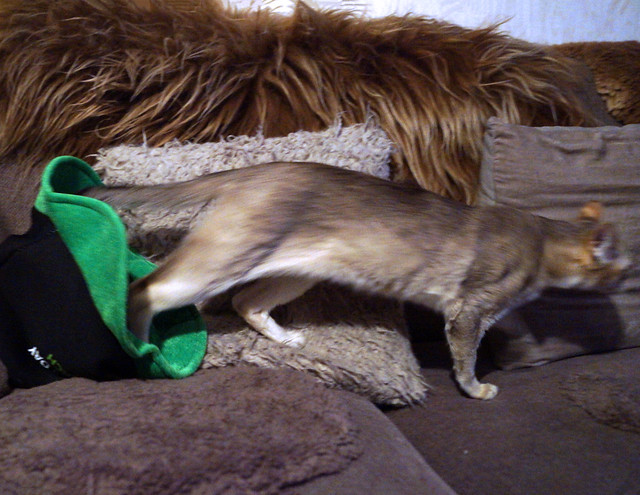 Okay, then. Guess he didn’t like it. Well, St. Patty’s Day isn’t really a thing in Sweden anyway, apart from some bars.