Facebook, in its infinite algorithmic wisdom, reminded me this morning of Jacoby’s invitation to be Cat of the Year at the famed Westchester Cat Show and the fashion show where Jake first wore his fabulous Turkey costume. 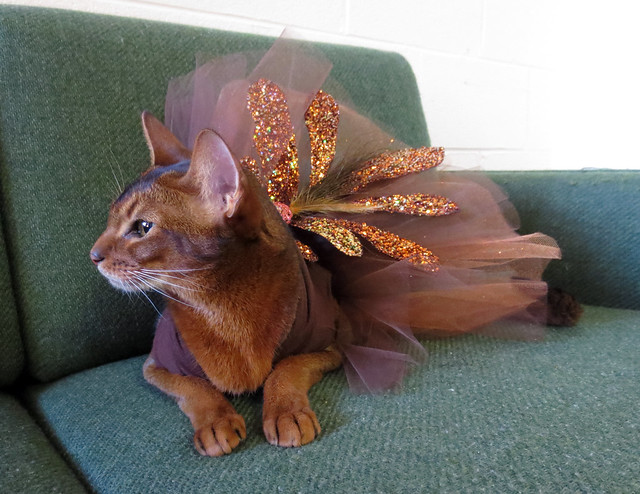 Hard to believe that it’s been FIVE YEARS since then! So much has happened since then! 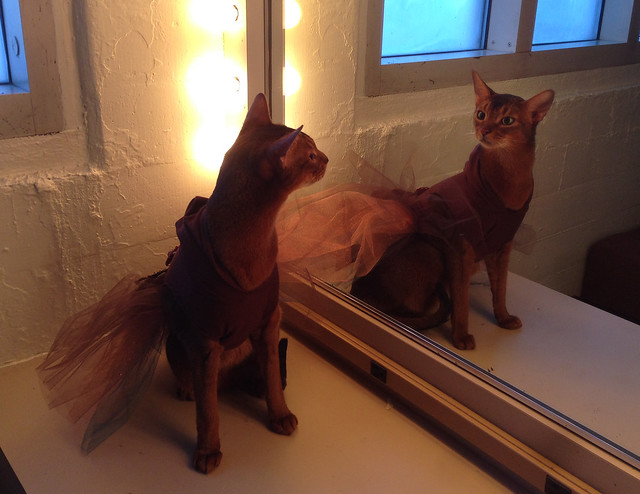 Jake clearly thought he looked amazing in his festive outfit. 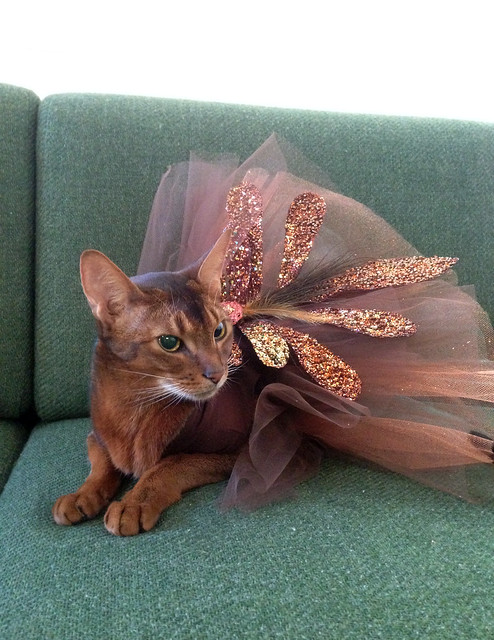 The beautiful cat costume, made by Golden CouturePet, was only meant to be a loaner for the fashion show… 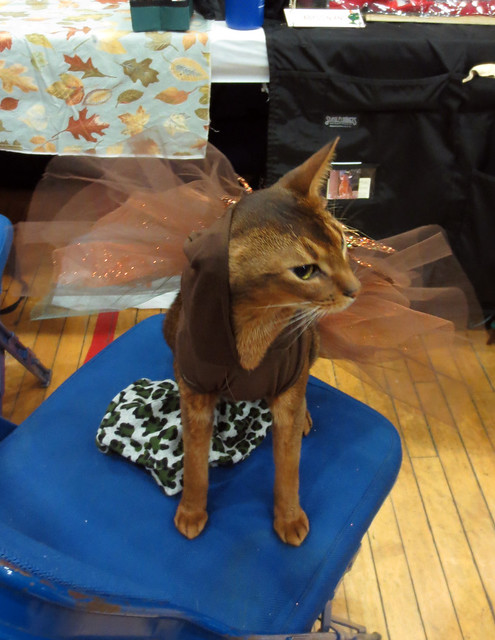 …But it seemed to be custom-made for Jake. The minute he put it on, it was his. The creator agreed and gave it to Jake as a gift because it suited him so very well. 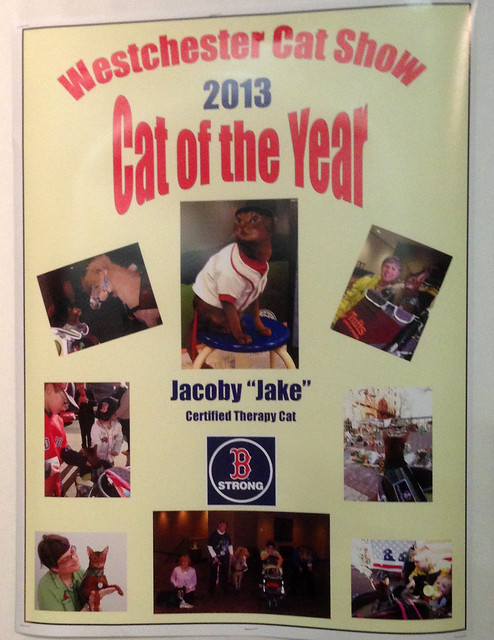 Jake being named Cat of the Year was such an incredible honour. 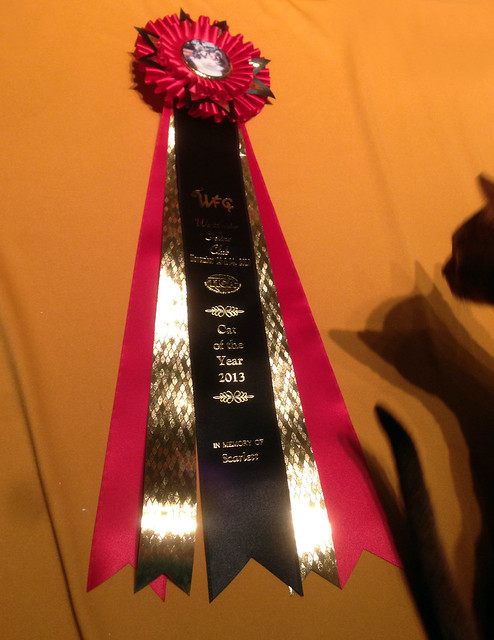 We will never forget it. 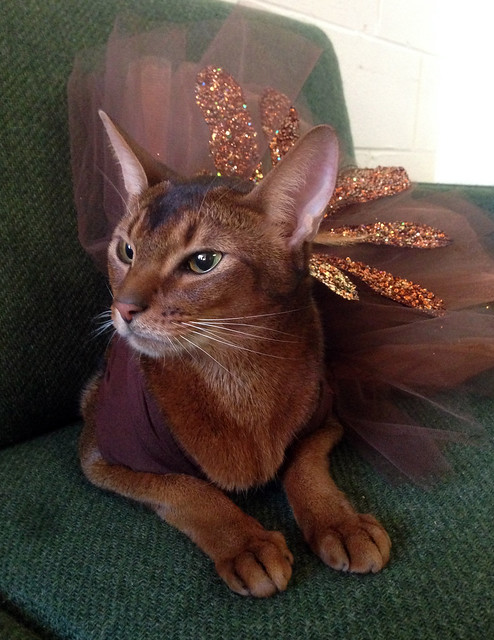 And we have this sparkly confection of a costume to remember it by. Thank you, Westchester Feline Club!