The second day of that Swedish CFA show was as much fun as the first, both for us and for Jacoby. 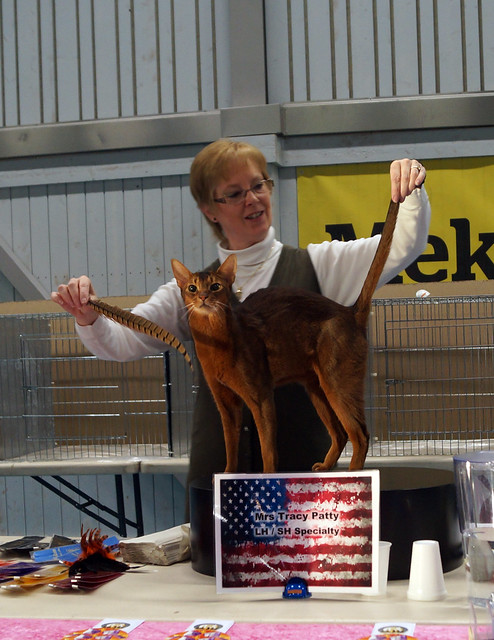 We had a lot of judges come over from the US. At this point, I had only been in Sweden for six months, so it was fun to see some familiar faces and hear some familiar accents. 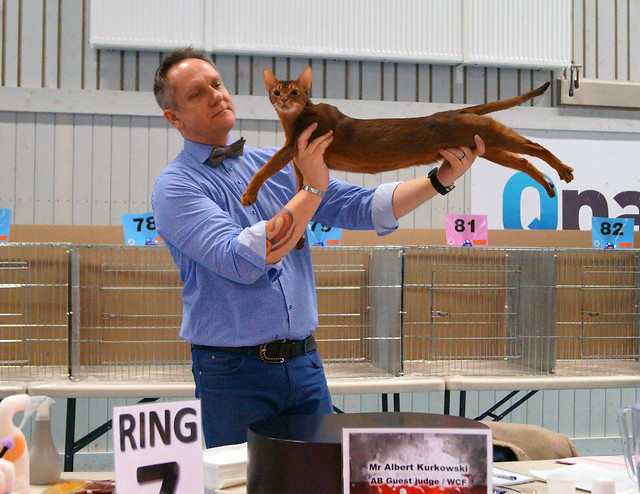 This judge, Albert Kurkowski, was one of the few non-American, non-CFA judges; he was from Poland, and he was a guest judge from the World Cat Federation. 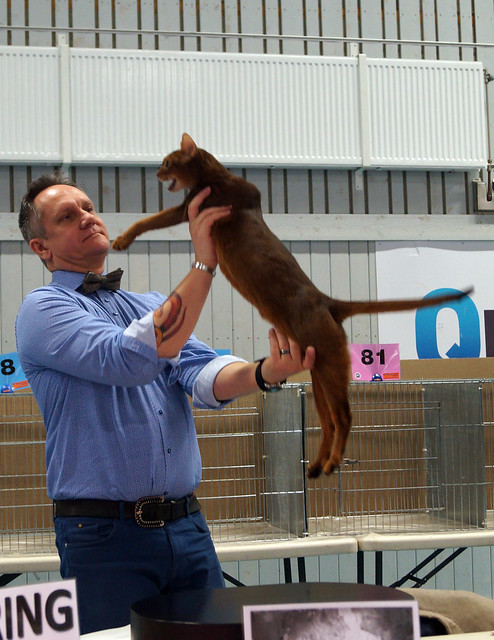 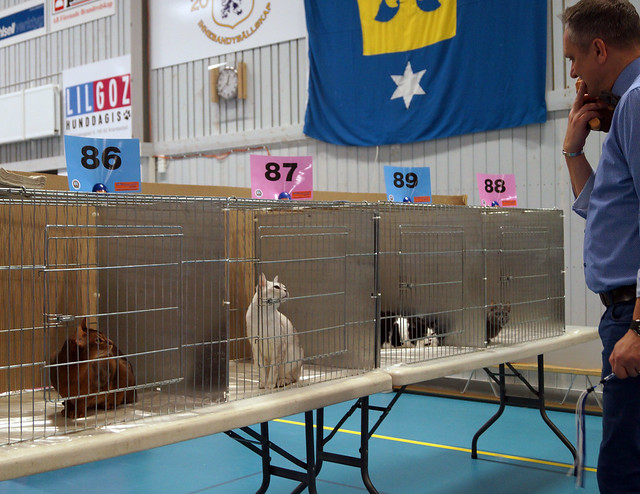 There was a really pretty little Burmilla girl who was frequently benched next to us during judging. 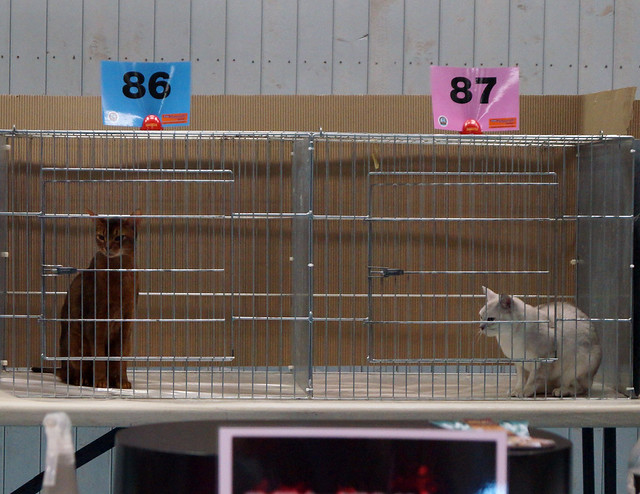 She reminded me a bit of Tessie. 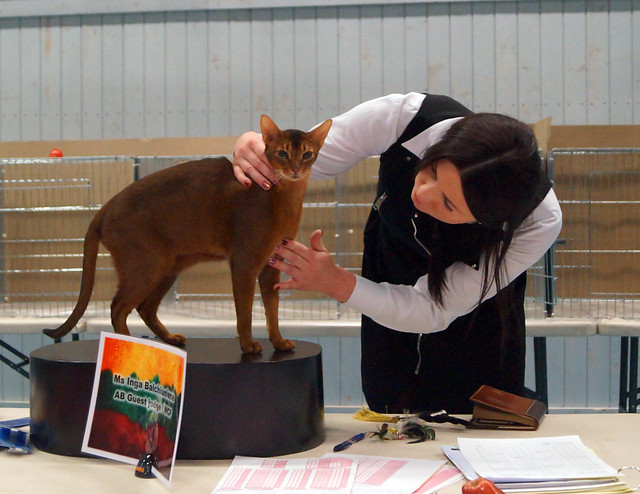 This judge, Inga Balciuniene, was also a WCF guest judge from Latvia. 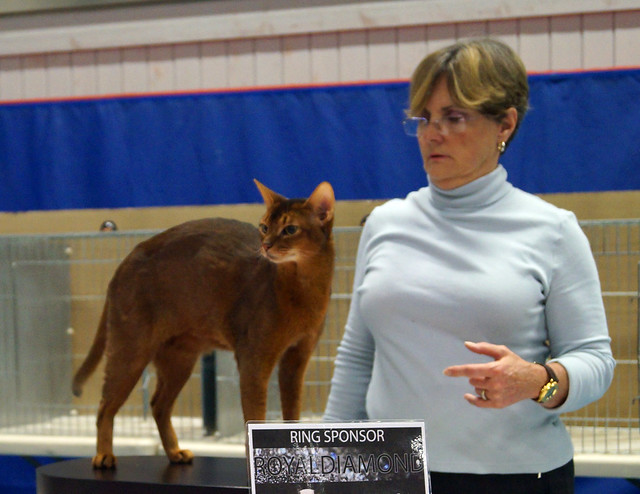 Pam DeLaBar is a CFA judge who lives in Finland. I actually hadn’t ever seen her at a show in the States. It’s nice having another ex-pat in the cat fancy. 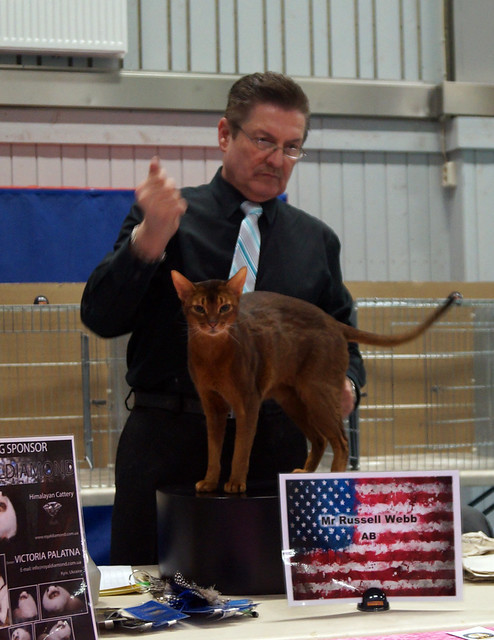 And our friend Russell Webb was there, too. He was always Jake’s lucky charm. 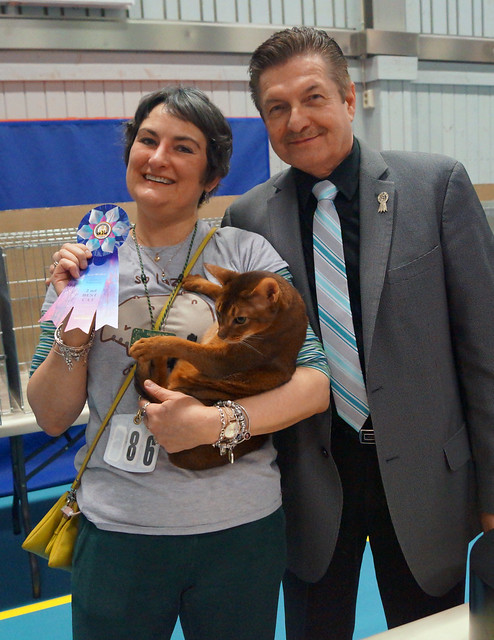 Jake was Second Best cat in Premiership in Russell’s ring. 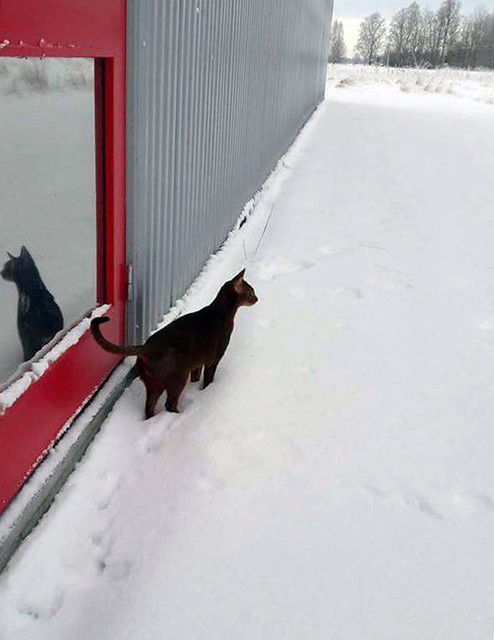 As we did Saturday, when Jake got a little antsy we went outside to play in the snow. This time, I didn’t bother with the harness and leash. I figured, how far is he going to get in that deep snow. 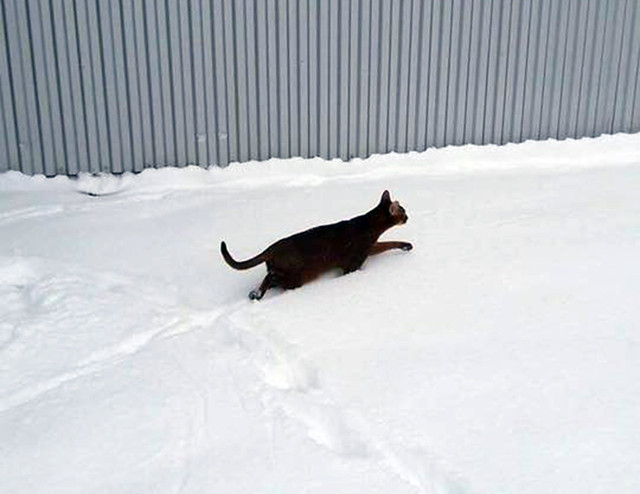 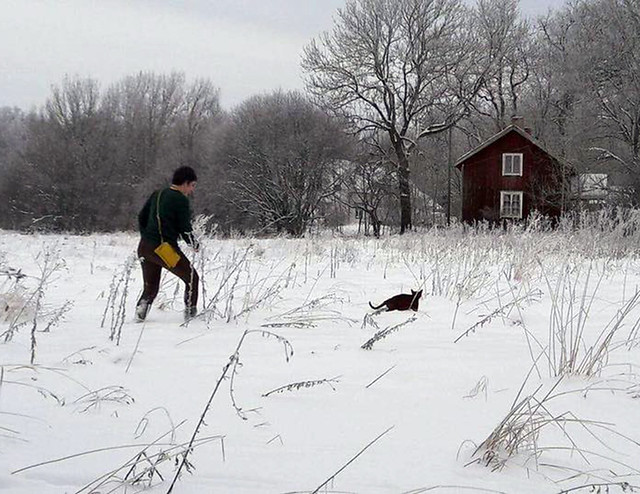 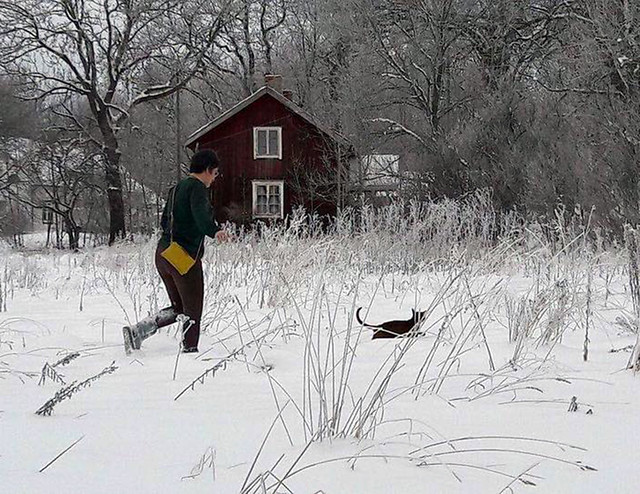 He started making off towards a little house. He went pretty far really quickly, too! I was surprised how hard he was to catch. 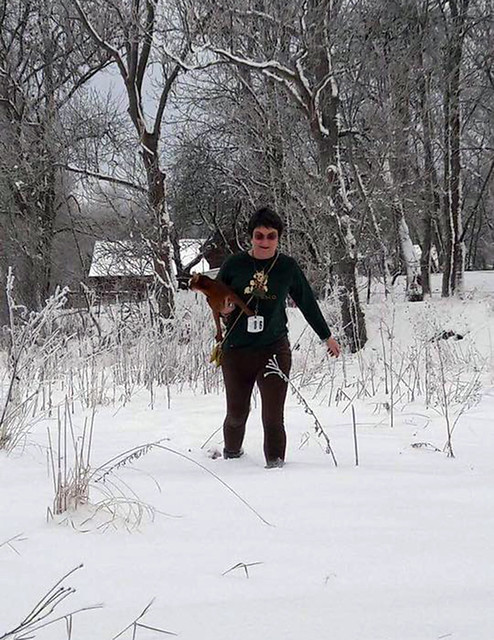 I finally caught him, though. 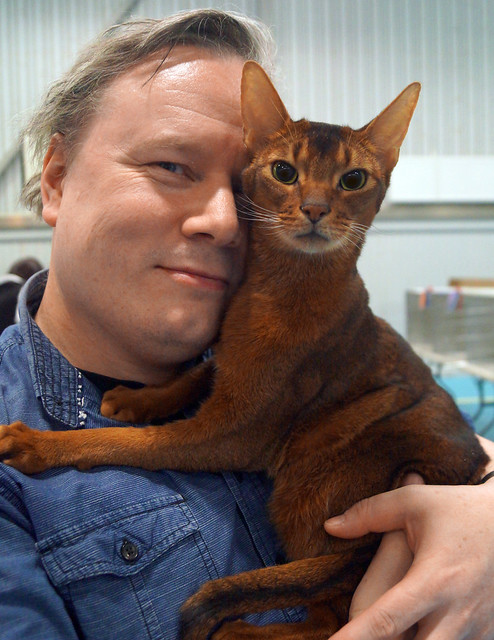 The cats we have now are awesome, and a lot of fun to show…but I still miss going to shows with Jake.