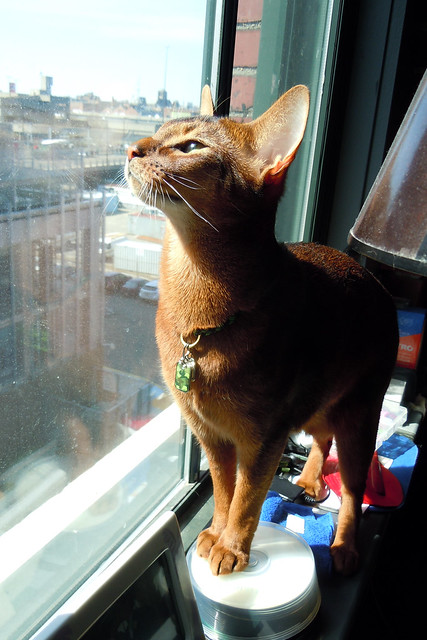 I went to my first parade when I moved to Boston in 2000, and stood in front of what at the time was a vacant building. Little did I know that I would eventually live in that very building! 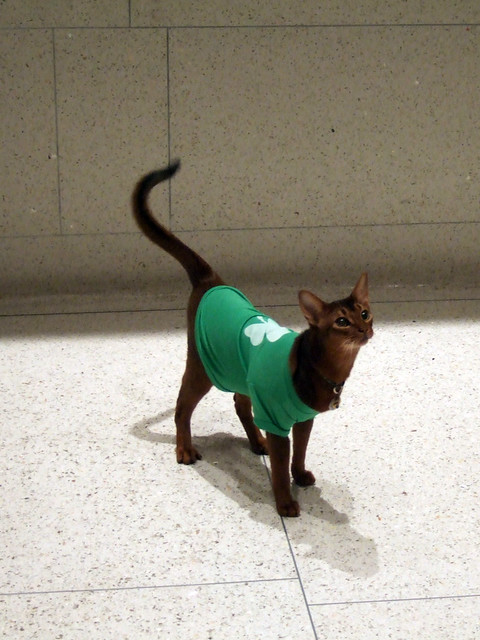 Naturally, St. Patrick’s Day and the parade was a big part of Jacoby’s life. Our apartment overlooked one of the staging areas, and Jake loved to watch the activity below. His first St. Patrick’s Day, I got him a T-shirt from a shop in Faneuil Hall. What could be more Boston than that? 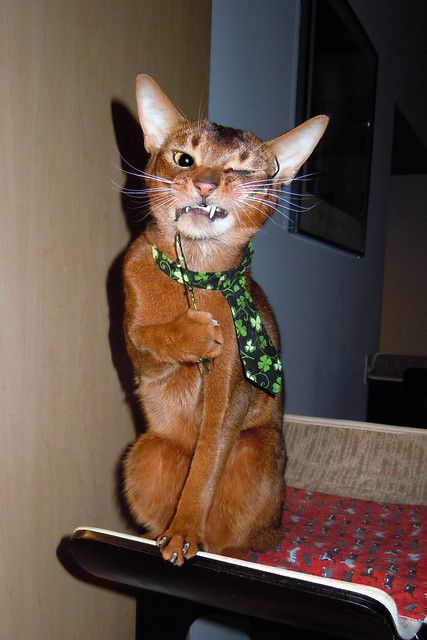 Later on, Jake added a shamrock tie and a Celtics jersey to his holiday wardrobe. 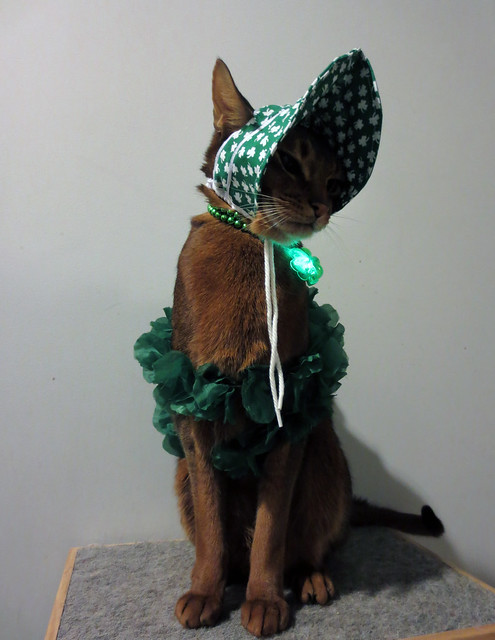 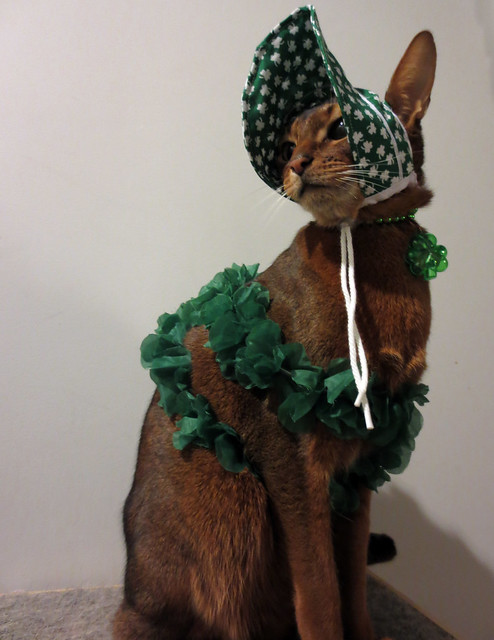 I had actually forgotten about this shamrock sun-hat. I think he only wore it that one time, just for photos. 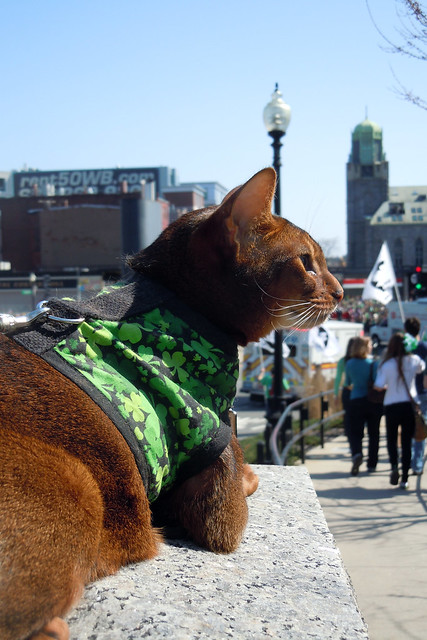 He also had his shamrock patterned walking harness. When we lived on the 5th floor, we didn’t face West Broadway, so Jake and I would go downstairs to see the parade in person. 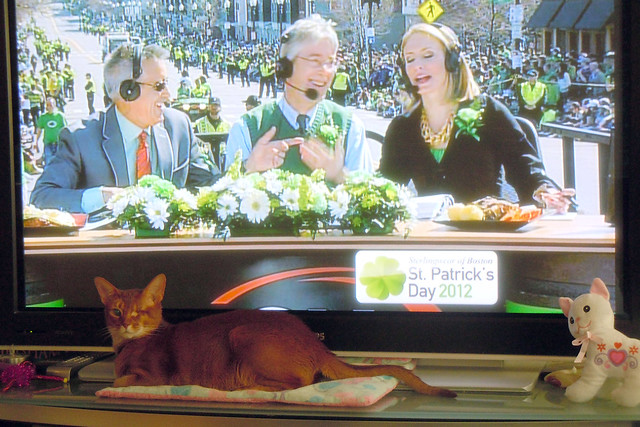 Angel, on the other hand, was content to watch the parade on television. 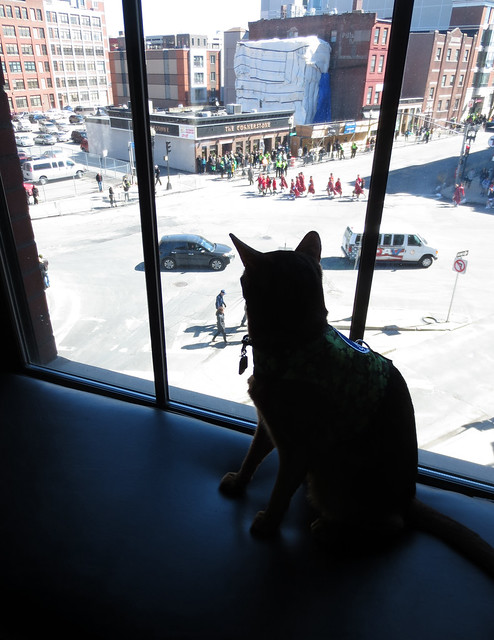 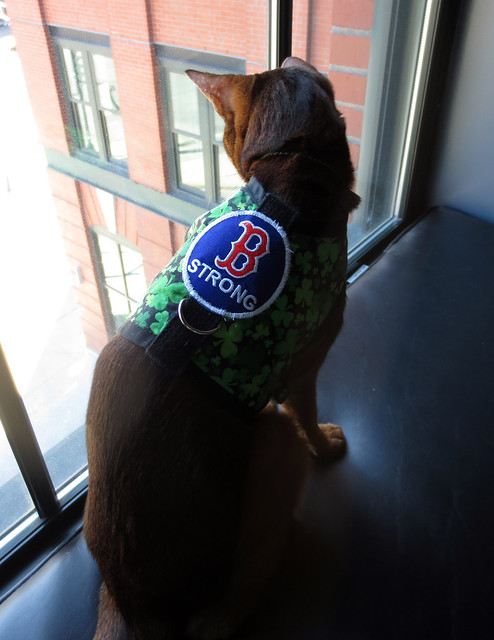 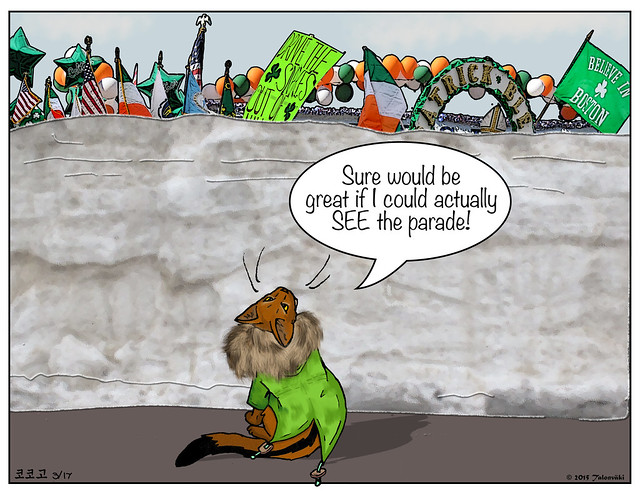 It’s a little surreal to think of the parade just not happening. I mean, they even held it the year we had the record snowfall! Okay, it wasn’t as bad as in my cartoon, but it did snow on the day of the parade! 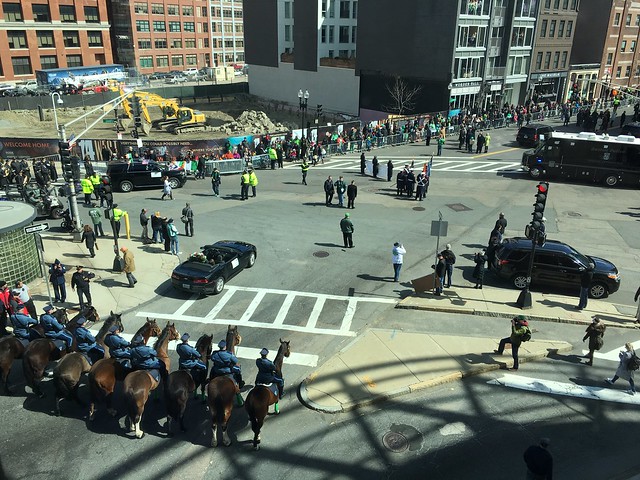 The last year we lived in Boston, we just watched it from the windows again. Now, though, I kind of wish we’d gone downstairs. 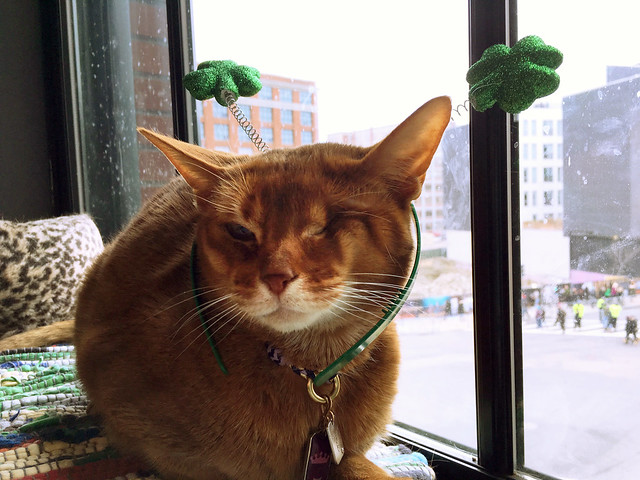 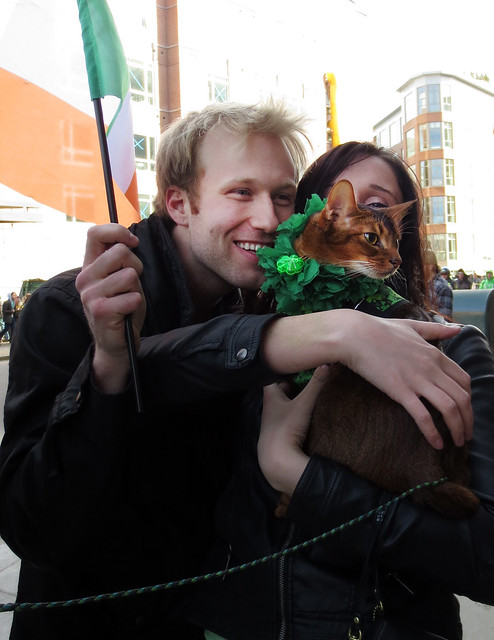 In a way, it feels a little bit right, not having the parade the first year Jake isn’t alive for it.