As you saw yesterday, Alfred went a little bit crazy running around in the snow when we had it. He was the last one who wanted to come in from the cold. 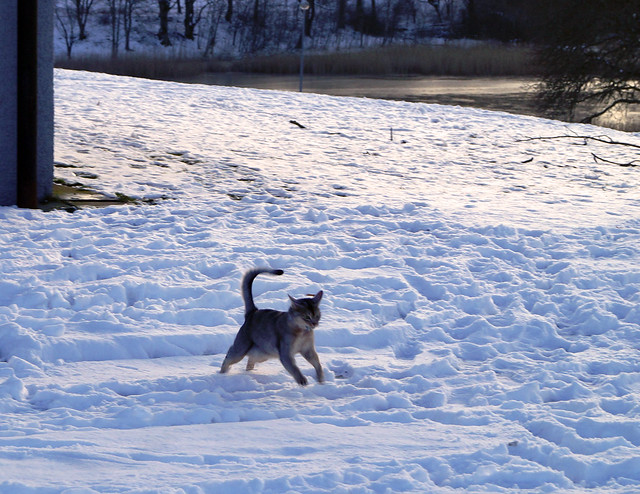 He just wanted to run and run…. 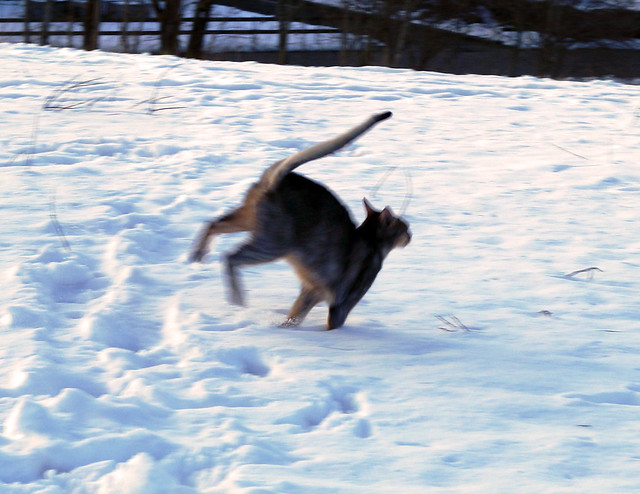 It was a little frustrating. I was only wearing a hoody so I would be as cold as the unclothed cats, and I was ready to go in, too. 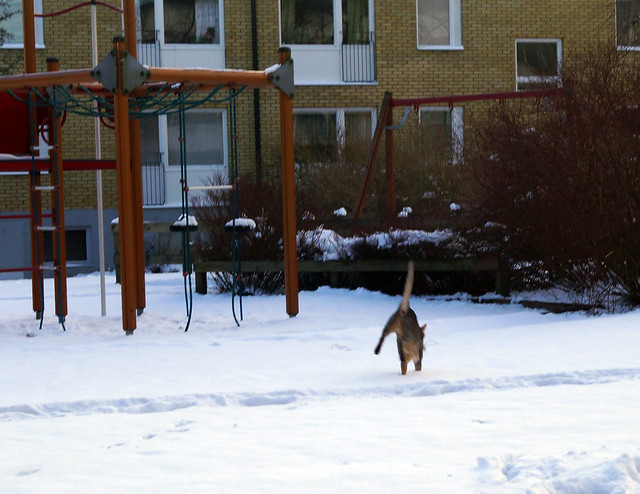 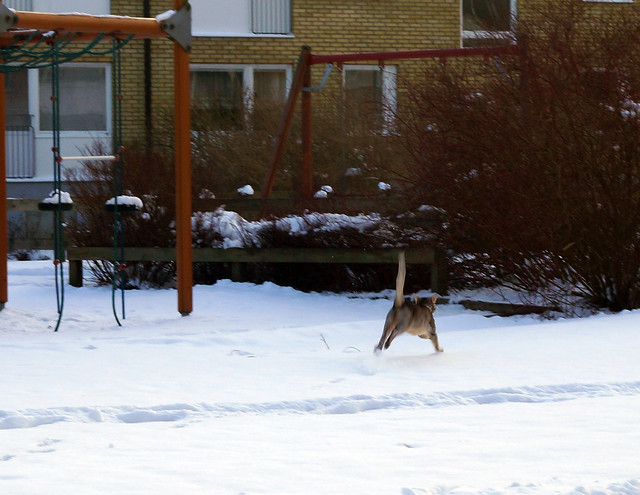 He broke away from me at the door and made a beeline for the swing set that is always so popular in summer. 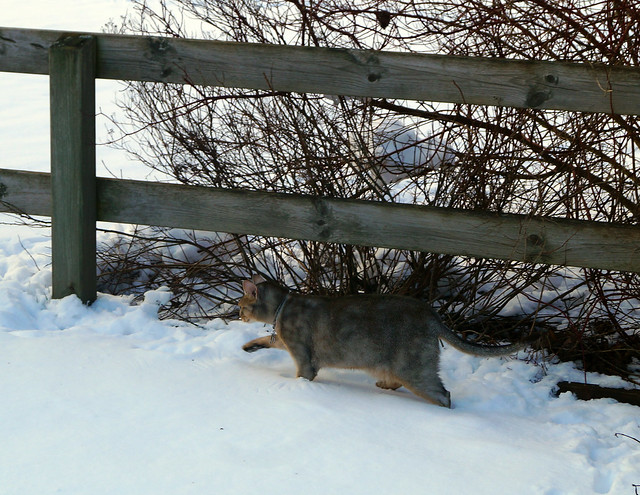 He was wicked hard to catch. 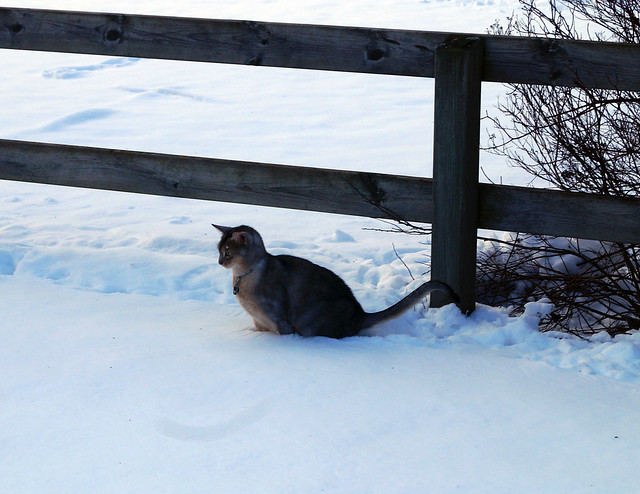 And he was super naughty! First, he peed in the snow. AGAIN. 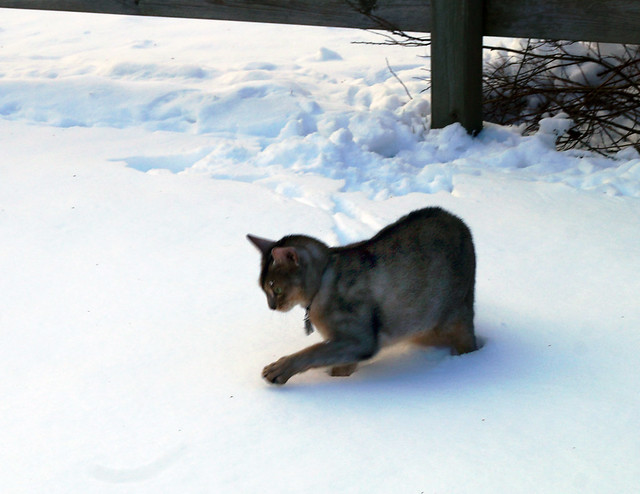 Then he moved on and started digging. I thought he was just playing with the snow… 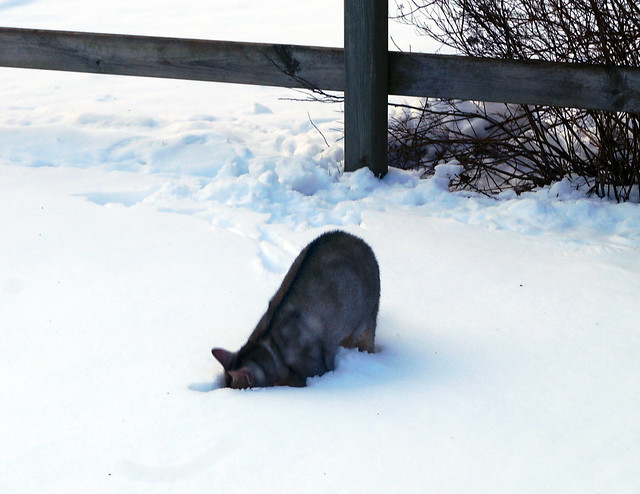 …And it looked like that was all it was, at first. 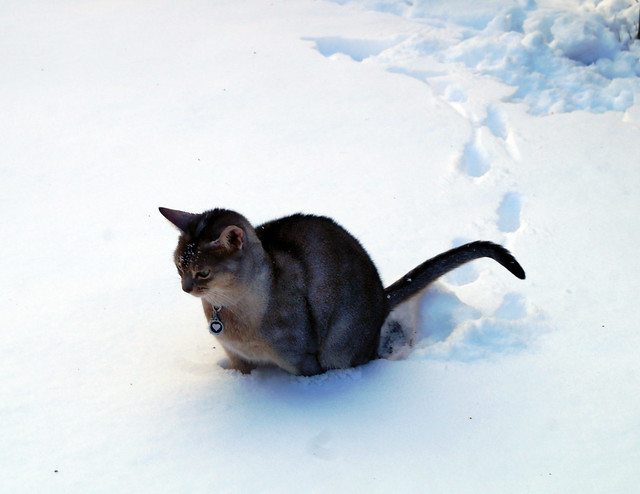 But no. And, yes, that is exactly what it looks like. He pooped in the snow, too! I feel a little bad about leaving it there in the play area, but I guess kids won’t be swinging anytime soon. 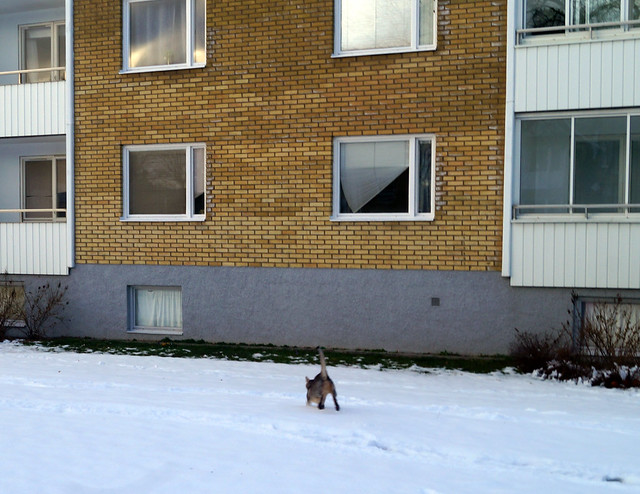 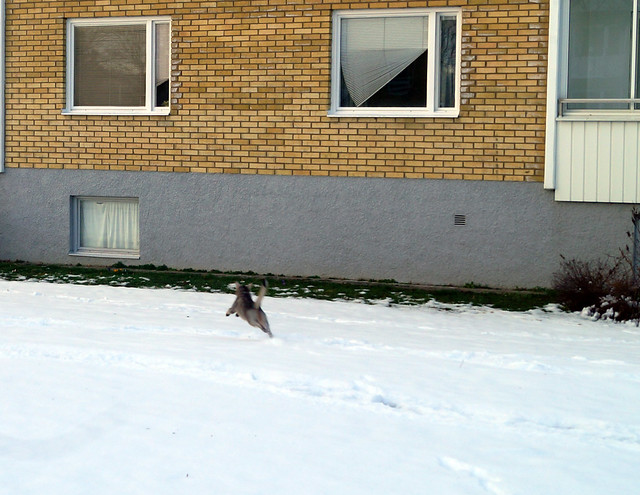 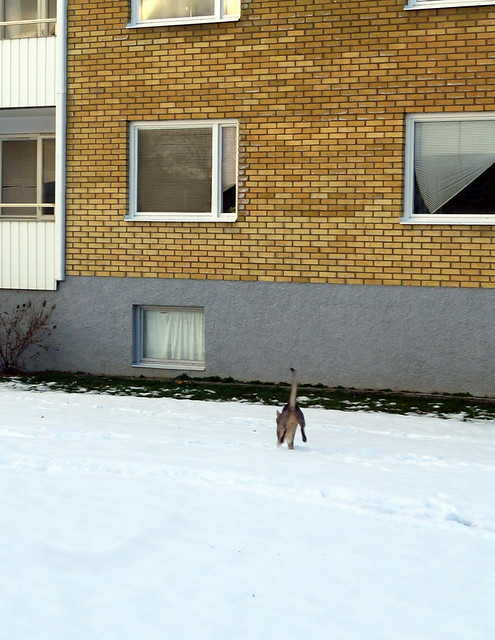 Soon after, he ran back towards our house. Guess that’s why he didn’t want to go back in. But I have never seen him go to the bathroom outside anytime except in snow. Weirdo. 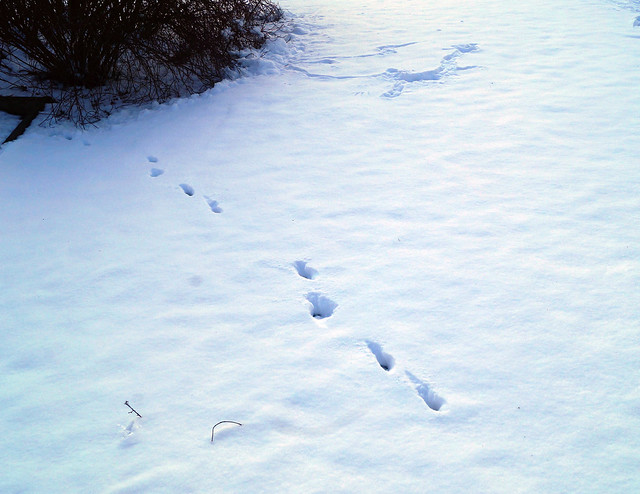 While I was out there in the “backyard,” I saw some things that I wouldn’t have had Freddy not run back there. Like hare tracks. 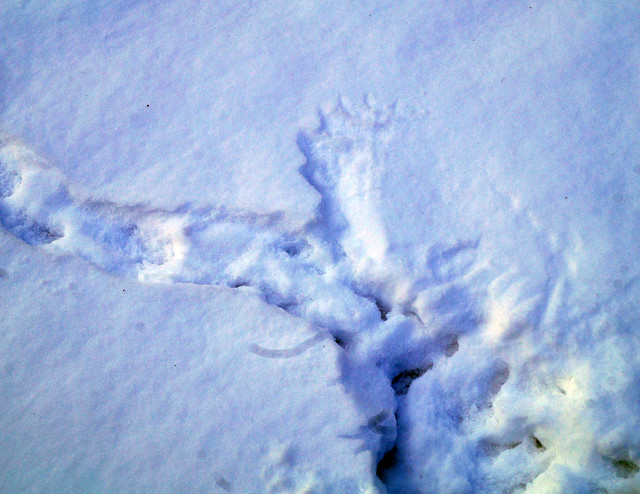 And bird landing/take-off prints. This is probably a magpie. 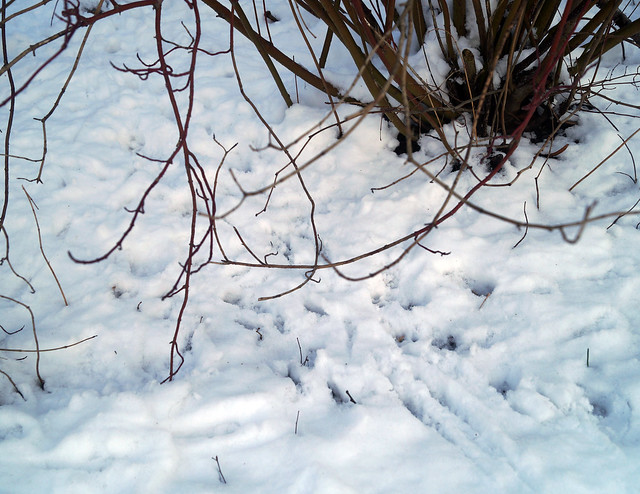 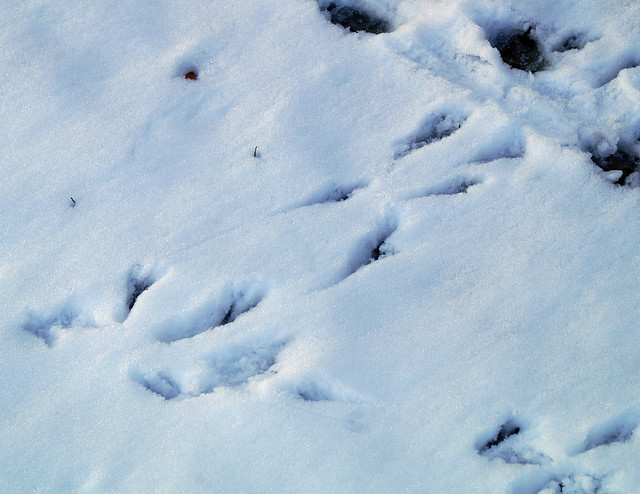 I love bird footprints in snow. 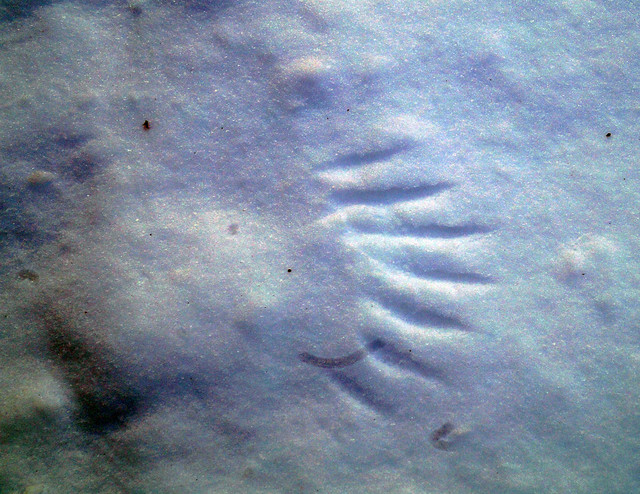 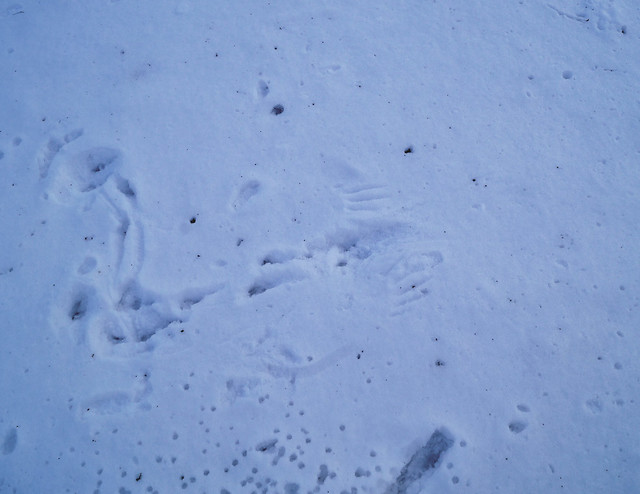 I think this is a jackdaw picking something up. 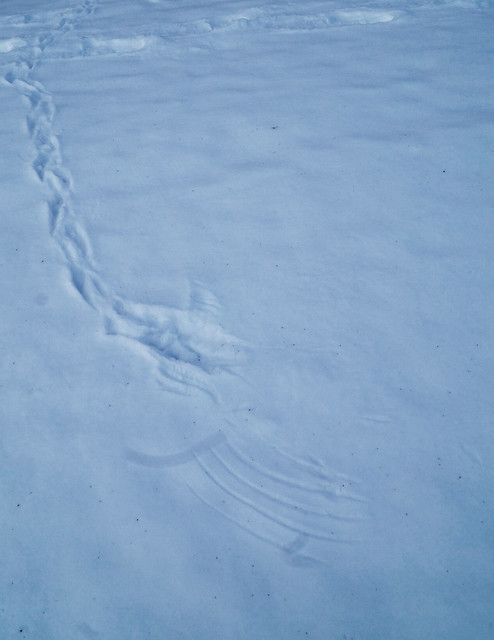 I am guessing this is another magpie. 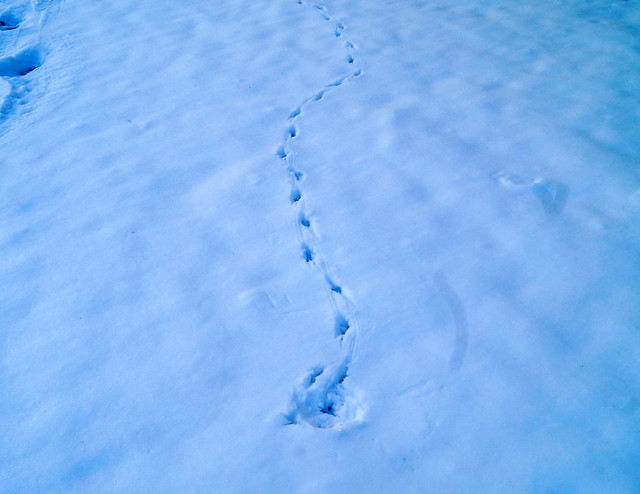 Walking and then a take-off. Magpies make tailprints, so this is either a crow or a jackdaw. 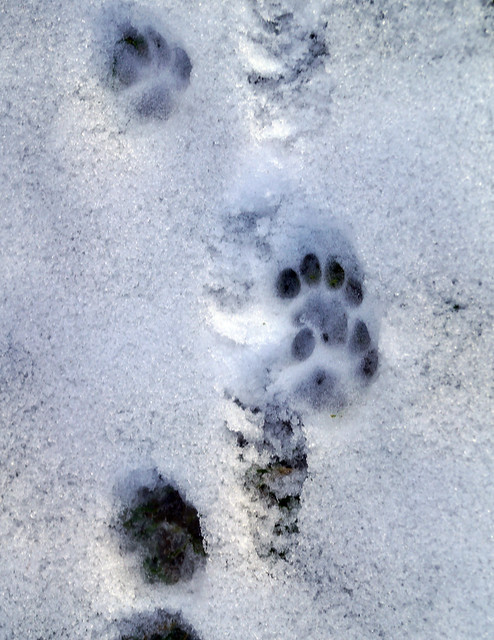 Of course, there were also some cat footprints. 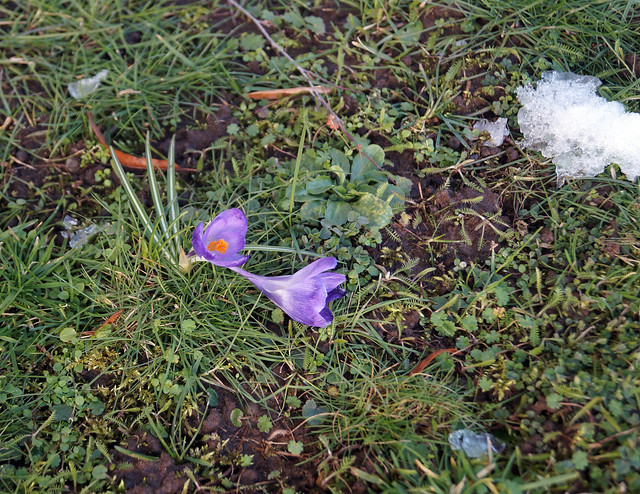 As snowy as it looks, it was also melting fast. 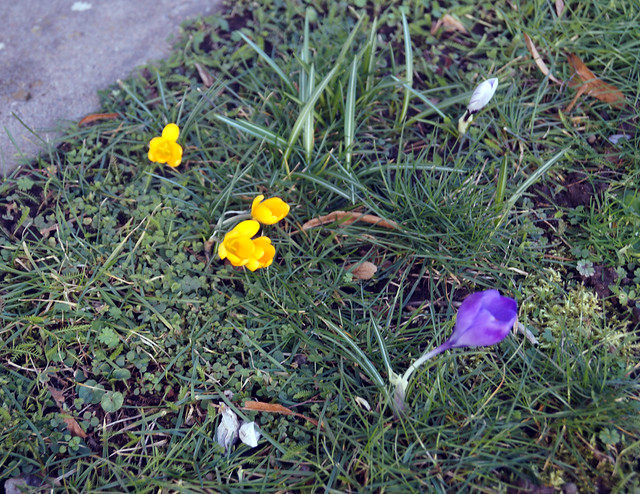 And, as you can see, a large area at the back of our building was all green grass. I think we’ll be lucky if we get any more snow this year.