One of the fun things about having a cat show in a pet store is, there’s plenty of cat trees to play with. 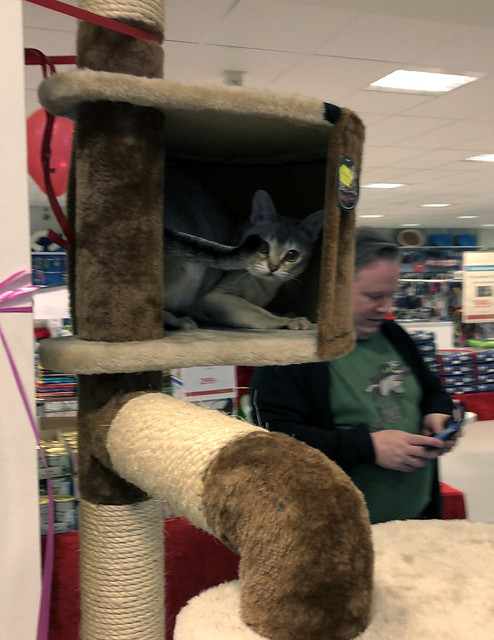 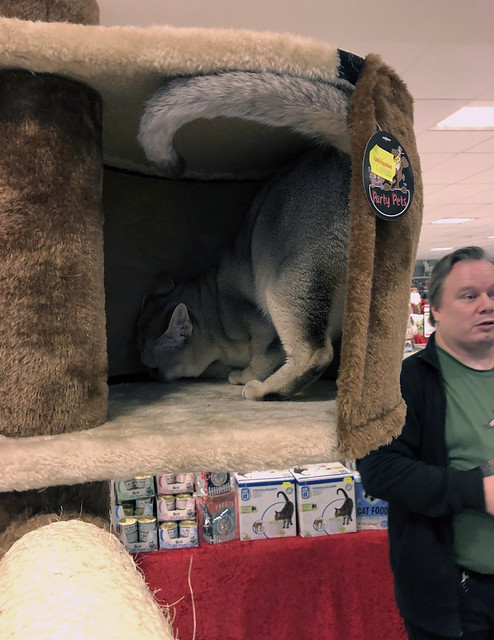 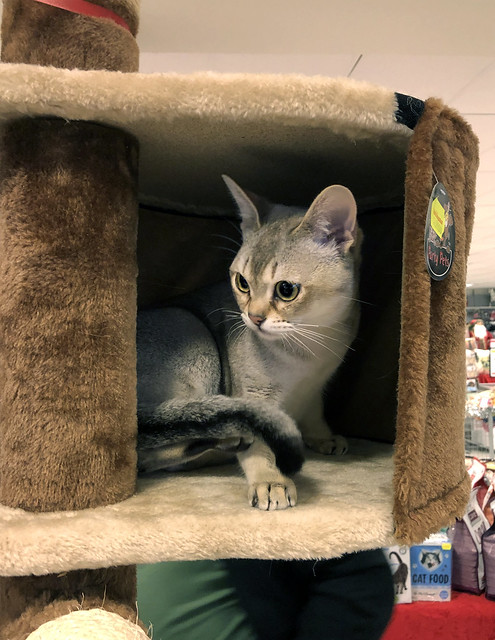 There was one right in front of Izaak’s cage. 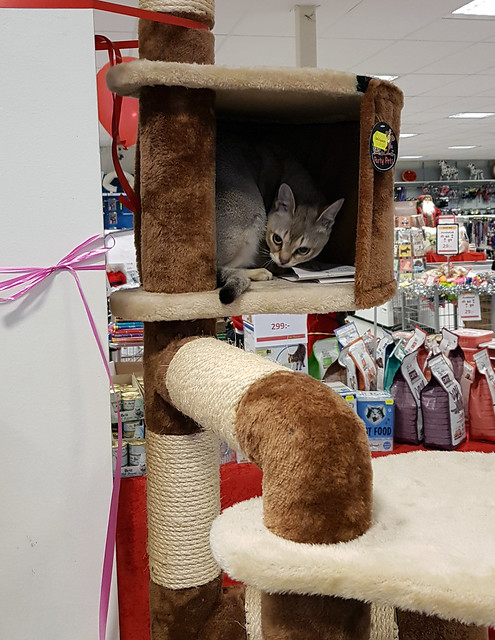 He loved them and how tall they were…but he also really loved this little cubby. 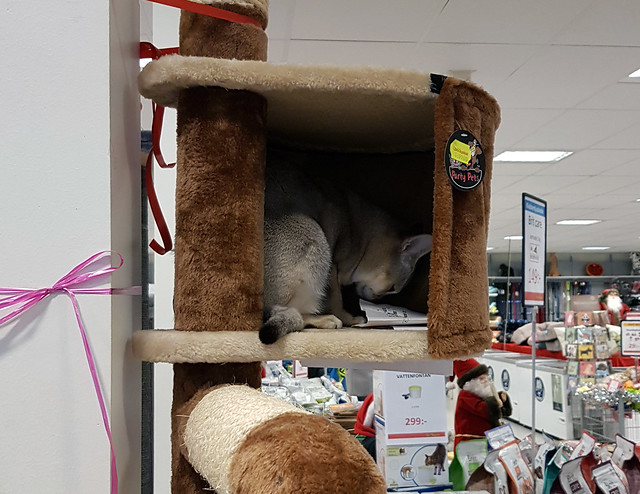 The instructions were folded up inside, but that didn’t stop him from playing in there. 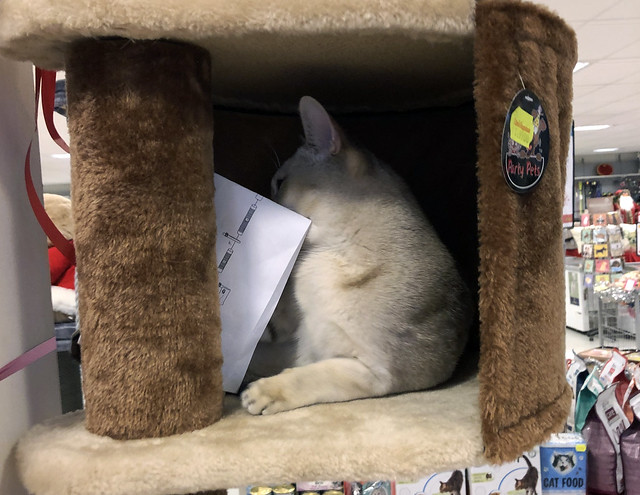 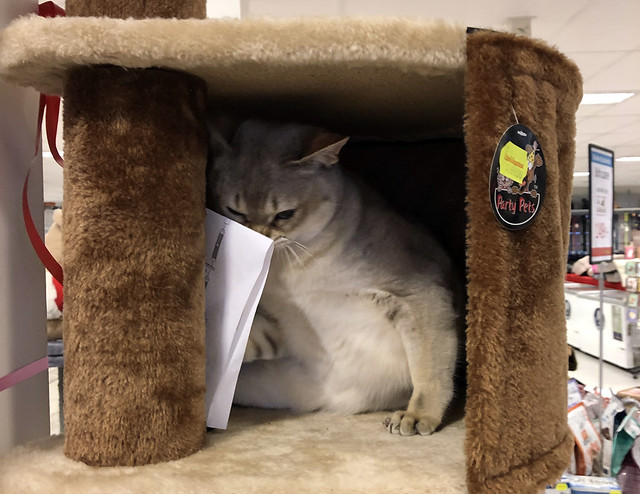 If anything, it gave Zak something to play with whilst he was in there. 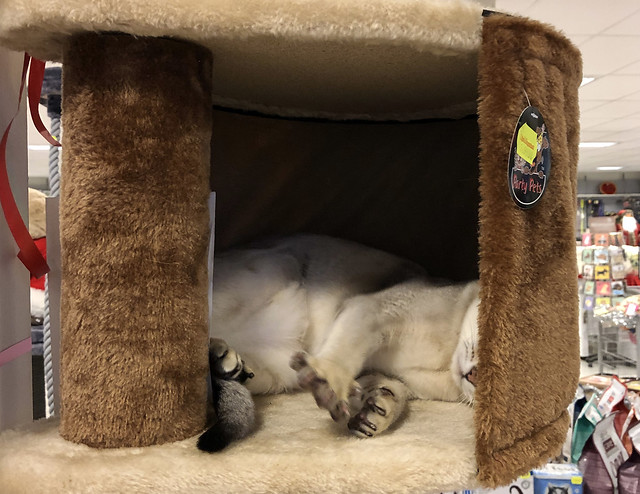 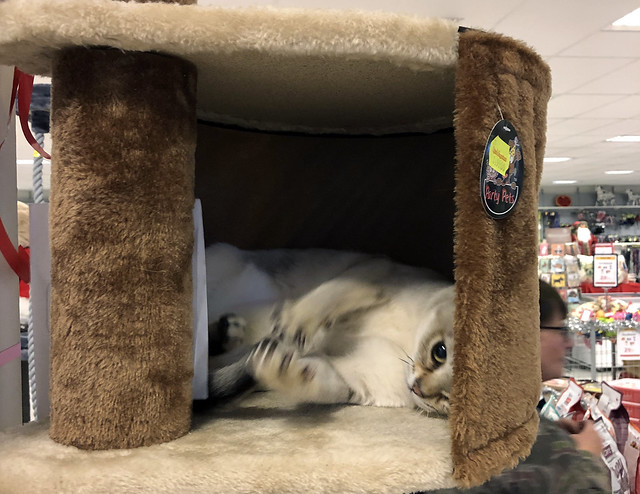 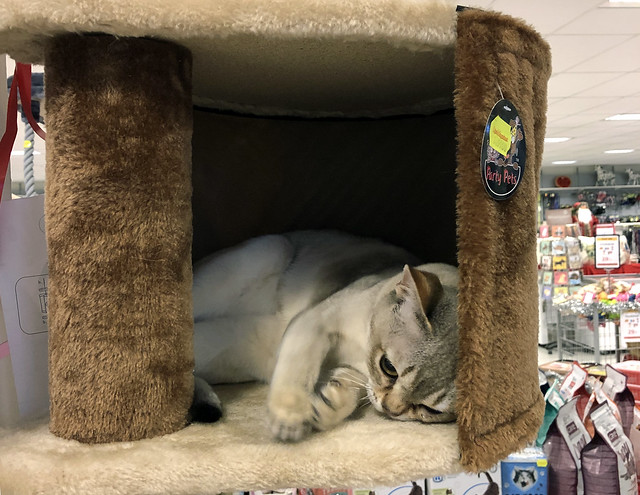 I don’t exactly know what he was doing in there…chasing his tail, just spinning around…but he seemed to be having fun. 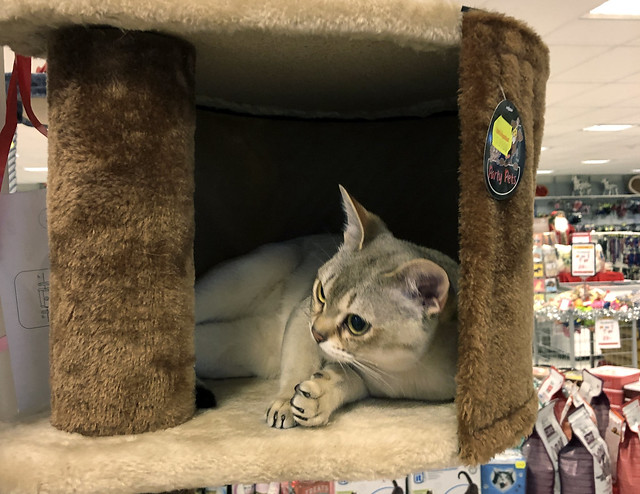 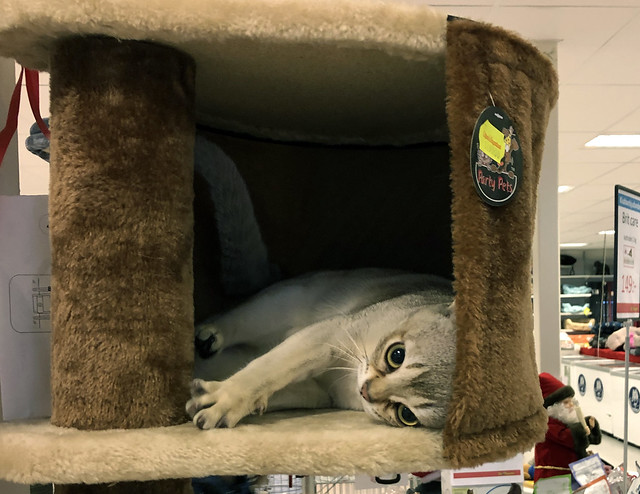 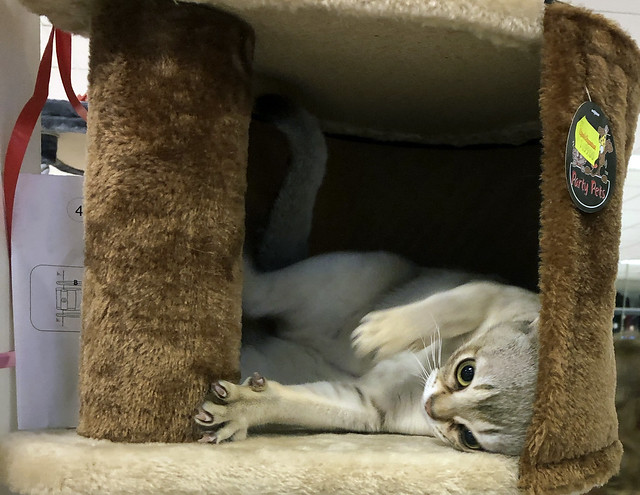 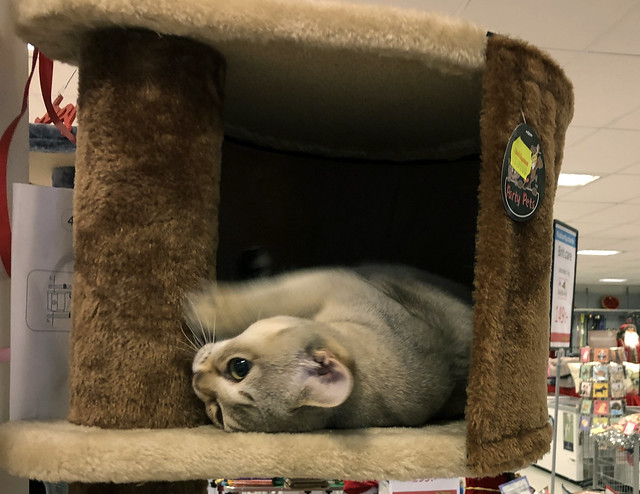 And then, after a round of spinning and rolling about… 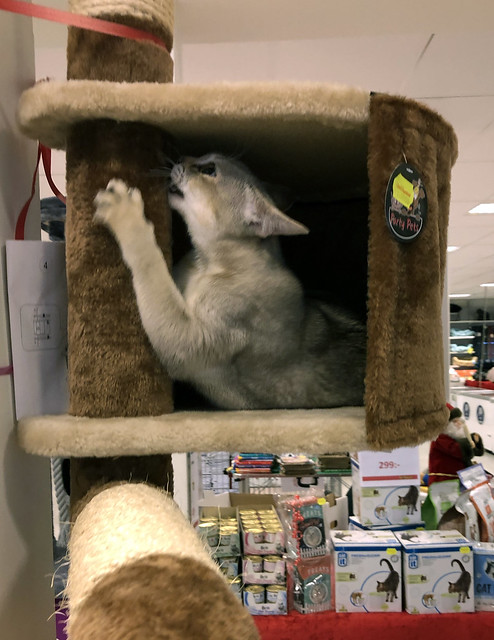 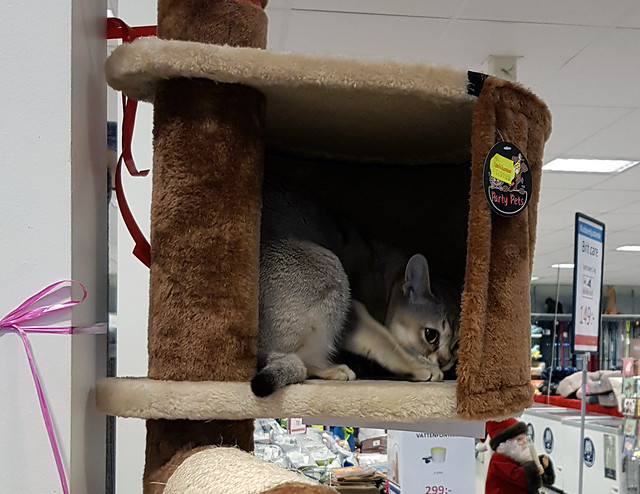 Zak loved it in there. 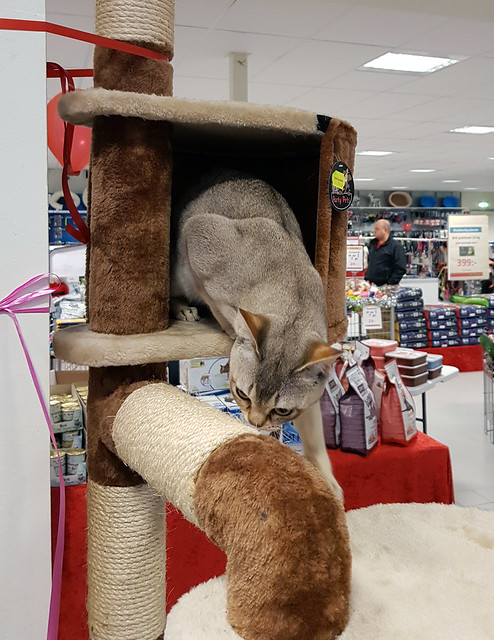 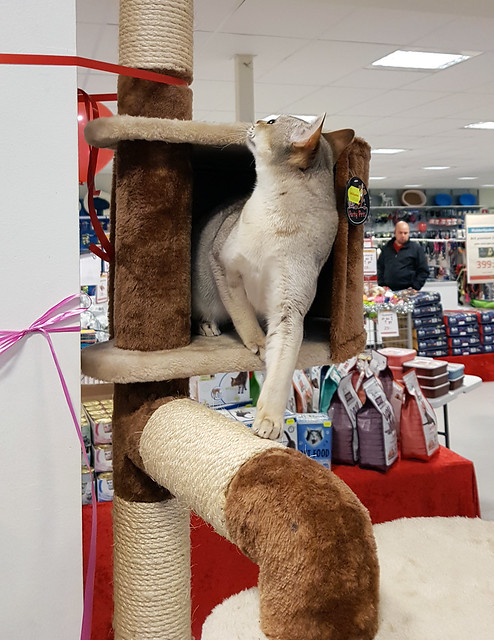 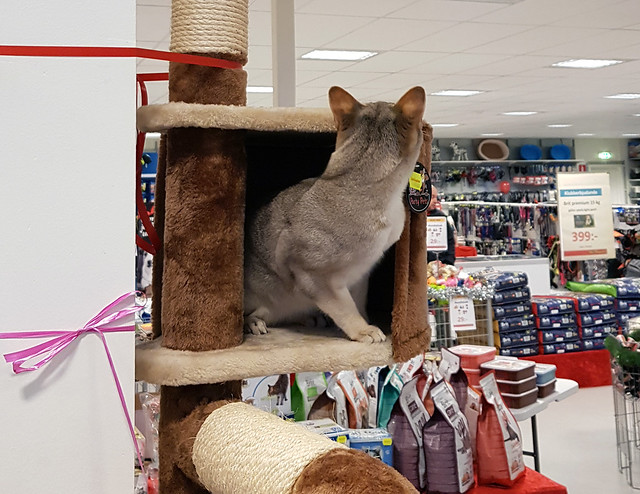 But eventually he started to look around at the rest of the cat tree. 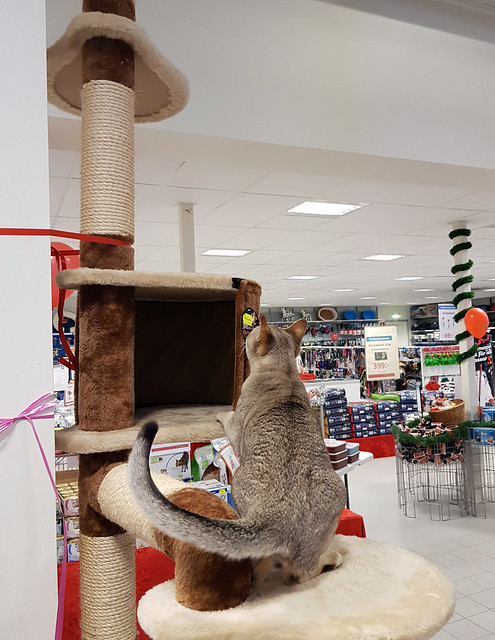 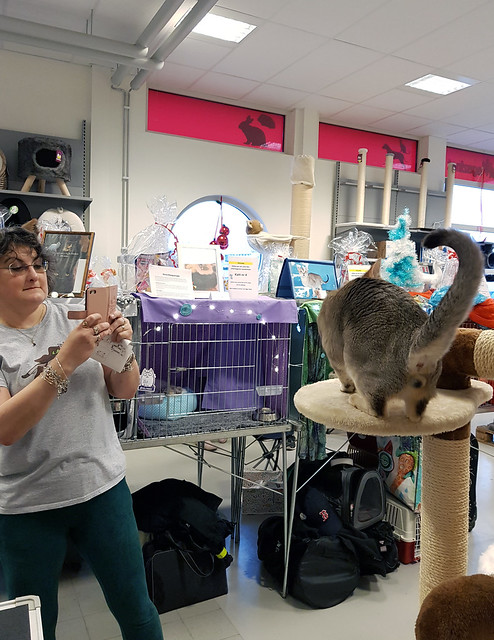 Both Björn and I were taking photos of his adventures. 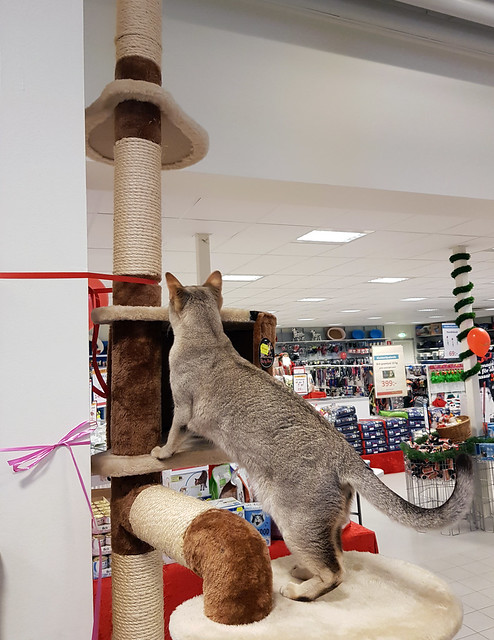 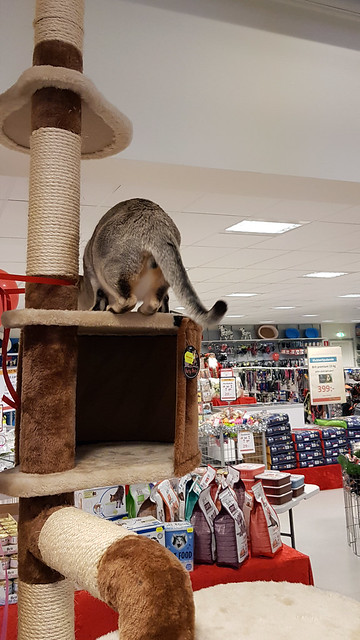 Zak seemed to notice that high shelf, and he started to get ambitious. 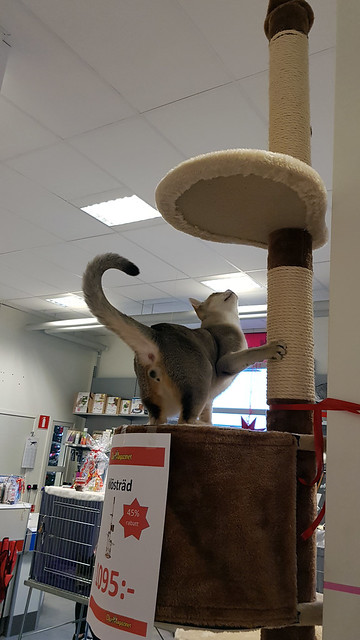 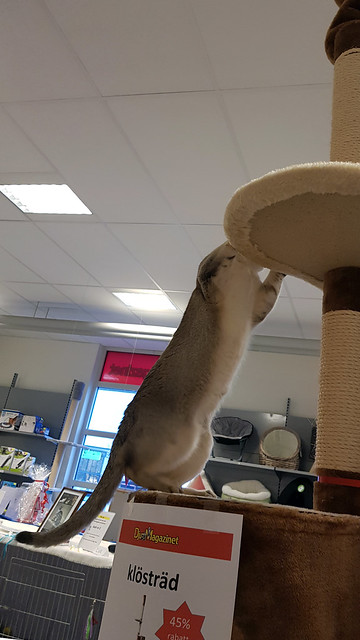 Zak’s not much of a climber at home – much less so than Logan was – but at DjurMagazinet he was fearless. 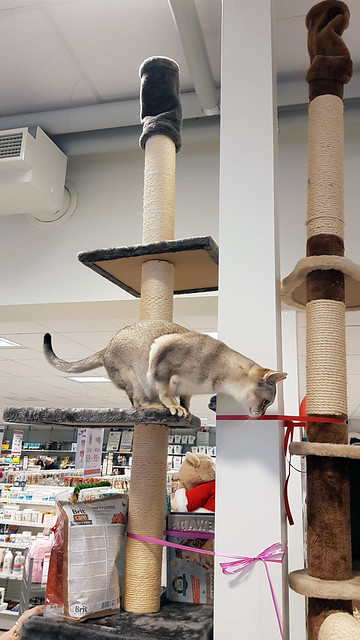 He even branched out onto the grey tree next to his brown one. 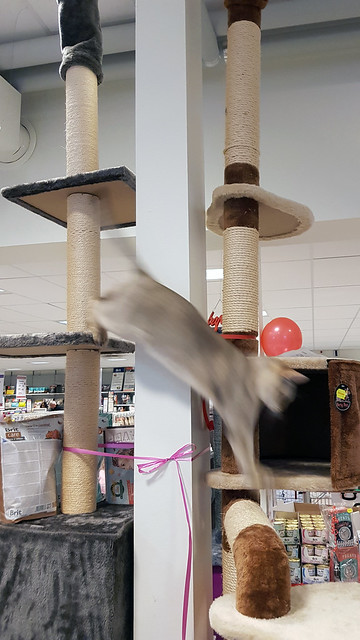 But he soon jumped back to his brown one. 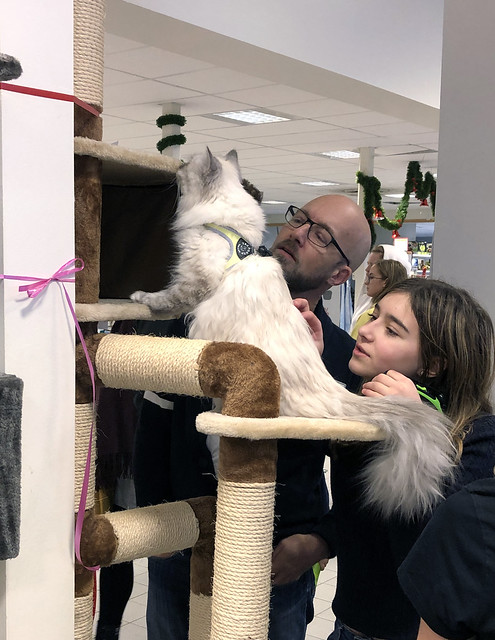 But what was really funny was, after Zak was done playing, the little Neva Masquarade in the cage next to ours went out to explore the cat tree…and was very interested in the smells Zak left behind.

Ken Berry, human star of the infamous Abyssinian movie The Cat From Outer Space, died yesterday at the age of 85.

Regular readers of this blog know what an influence that movie was on 13 year old me. Jacoby is named, in part, after Jake in the movie (but mostly after the time Jacoby Ellsbury stole home base against the Yankees at Fenway).

While it is sad that Ken Berry has passed, at least Ronnie Schell, who played Jake the cat’s voice in the movie, is still alive.