We’ve had a few sunny days in amongst the rain and snow. 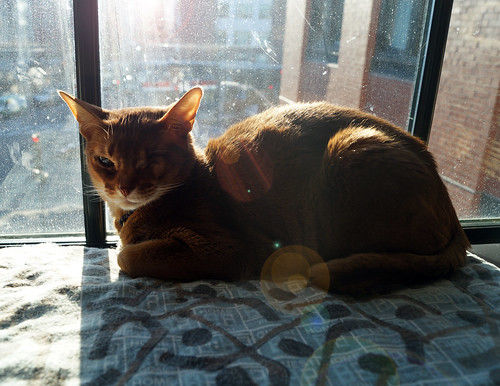 Despite the sun, it’s still wicked cold outside. It’s barely cracked 60° this “spring.” 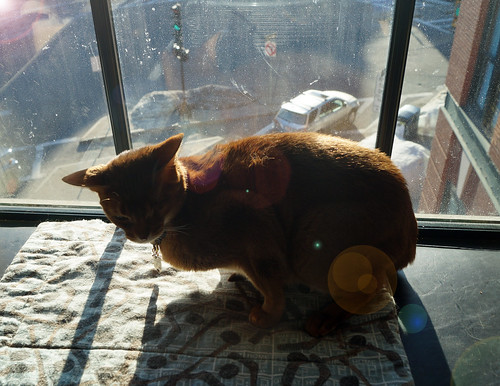 The morning I took these photos, it was about 25°F. 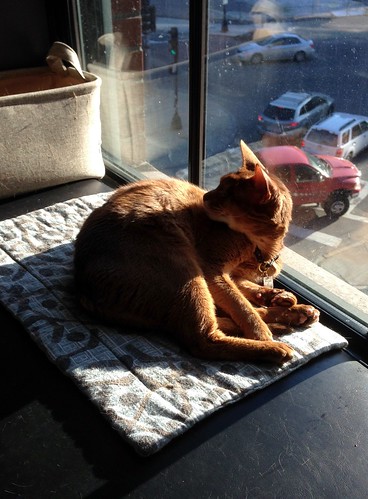 In general, when you see a bright, sunny day in winter or early spring it usually means it’s cold outside. Clouds bring warmth. 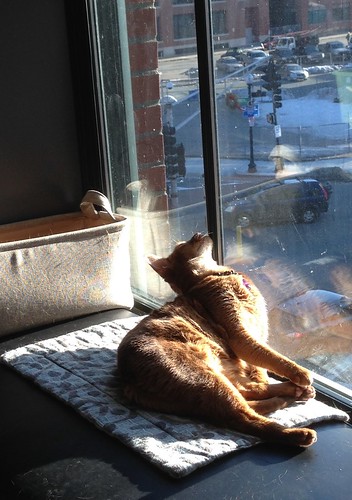 Which is exactly the opposite of what Angel and I learned growing up in Northern California. There, clouds (especially fog) = cold. 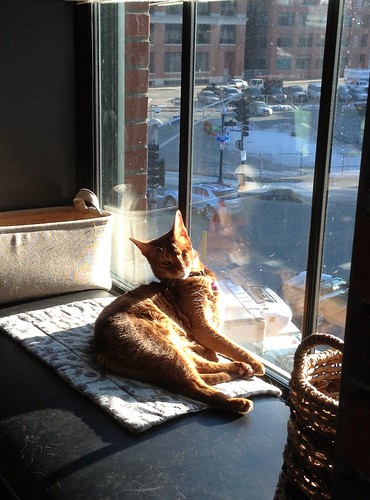 It takes some getting used to. Fifteen years of living here and sometimes I still forget. 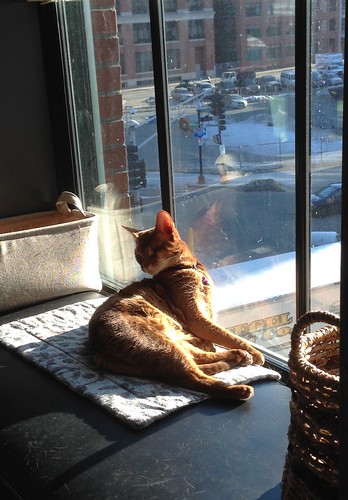 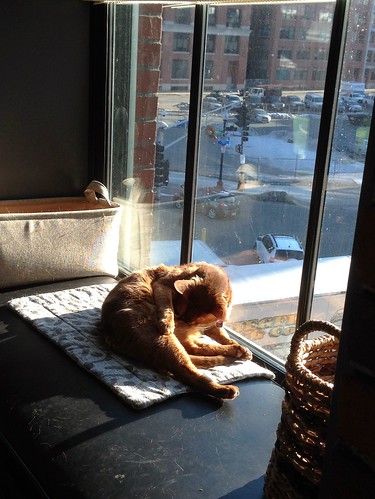 At least, the sun outside is a lie. 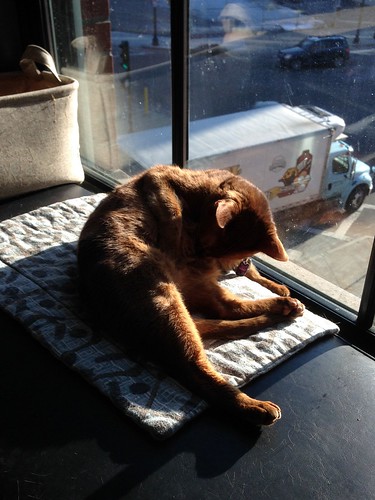 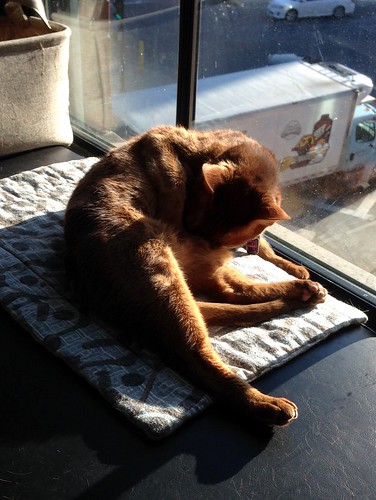 The sun inside, however… 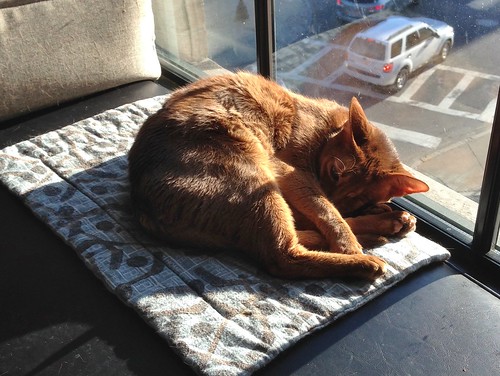 …that sun is lovely and warm and perfect for bathing and napping. Even if the glass is a bit cold to lie against…

This is a very sad story, and we don’t know yet what kind of ending it will have.

Sophie and Phoebe are two regulars in the Abyssinian Cat Club on Facebook. They’re sisters; Sophie is a Ruddy and Phoebe is a Fawn, and they’re just a year and a half old. Their human, Emily Tester, posts almost daily “conversations” between her and the Abys.

Just this week, however Sophie became very sick. They aren’t sure what is wrong with her; the vet thinks it’s either a liver problem or a blood disease. This afternoon we got the following update:
“Things aren’t going well. We are moving her to a critical care place. Please pray we make it there and that we don’t run out of funding as the cost keeps rising.’

Just a couple of hours ago, we got this news flash:
“Sophie just had her 1st blood transfusion she will need another. She’s a type B and the clinic only had one but they have located another so they are getting that. She is responding well but has a ways to go. We almost lost her this morning but she is hanging in there.”

I’m sure we all know what it’s like to have a cat become sick or injured unexpectedly, and until we can claim them as dependents on our health insurance, medical care for these emergencies can get expensive quickly. To that end, a GoFundMe account has been started to help with Sophie’s veterinary costs. In just 24 hours, over $2,000 has been raised, but it’s not over yet, and it’s not known yet what’s wrong with Sophie.

As I said, she’s not even two years old yet…as hard as it is to lose a beloved cat, it’s a thousand times harder when they’re so young. So if you want to help Emily and Steve save Sophie, well…every little bit helps. Any money not needed to pay Sophie’s vet bills will be donated to help other cats in some way.