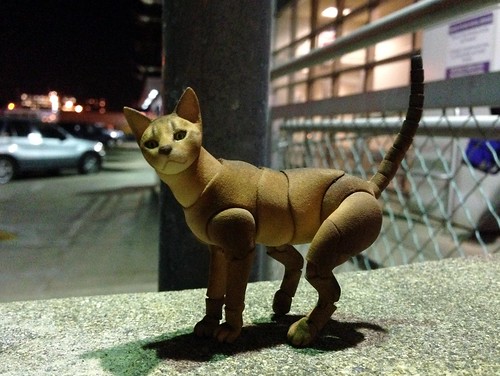 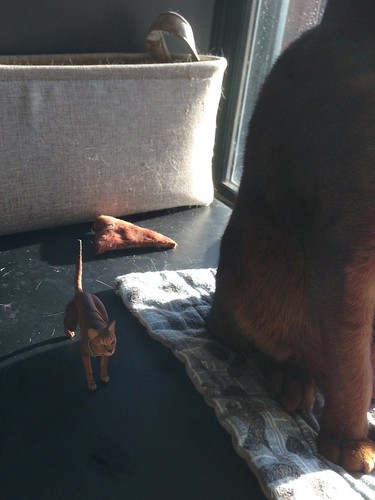 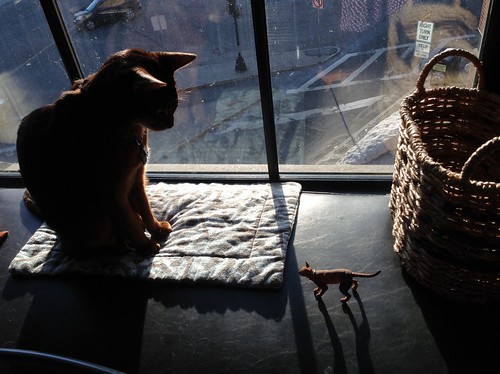 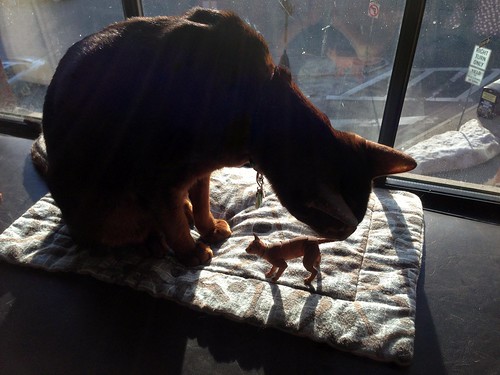 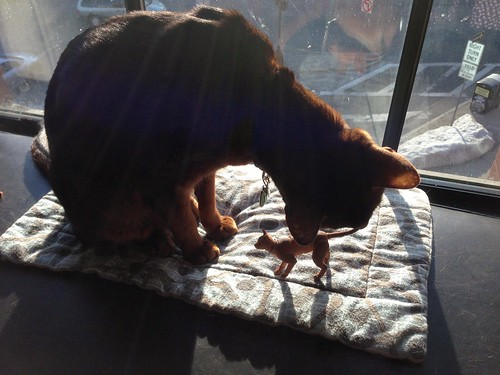 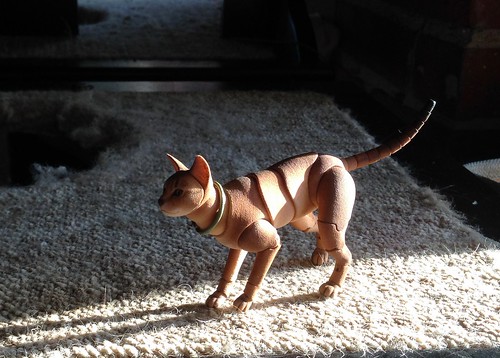 It was a rollercoaster weekend…but the good news is that Sophie is now well enough to come home from the hospital!

All of the people who donated to Sophie’s medical fund and all of her followers on Facebook got updates from Sophie’s humans, Steve and Emily, throughout the weekend. It was as dramatic as an Oscar winning movie!

From Friday: “The clinic just called and told me they had good news. The red cell count has doubled from 6, near death, to 12. Still low but is apparent the bone marrow is starting to produce more red blood cells. We are having another blood transfusion and yet more tests as he thinks this may have been a pathogen from fleas. If all goes well we may be able to bring her home Saturday. Thanks to everyone for all the support I will get an update around 10 my time.”

And then: “The clinic just called with a new update. Finished the 2nd transfusion a little while ago. They are very optimistic . They may try to give her a little food and water. I told them to put ice in the water as Sophie likes to lick ice cubes. Blood numbers are up another 10 points to 22. I am getting very hopeful. They will call me around 11 but I may not update everyone until morning as I couldn’t sleep last night and was up at 6AM and I go to bed at midnight work nights. Let me thank everyone again for all the wonderful support!”

But Saturday morning brought less good news: “Latest update, Sophie continues to do well and we have many positive signs. However we are now waiting to see if she stabilizes . Her red blood cell count went down some but I am told that this is to be expected . What has to happen is that her bone marrow must continue to make red cells. If this does not happen then we probably won’t get a good ending. There is no reason to think things won’t work out and I am positive about the chances we have. I want to caution everyone though with what I was warned about in that if she has a bone marrow type of cancer then we won’t be able to save her. I will have a better idea around 11:30 tonight when I call back. This is what the vet just told me , I know that sounds bad but he needed me to know we are not out of the woods yet. I am going to believe that everything is going to work out fine until I hear otherwise. Once again let me thank all of you for all the love and support you have shown us. Without your help Sophie would never have had this chance. I don’t know how I could ever thank you all. Rest assured we are doing all we can.’

Later on Saturday, Emily posted: “Team Sophie: Things aren’t working out the way we hoped. Sophie’s red blood cell count has dropped down to 12, she has blood in her urine and there is some swelling. The vet has said that even with unlimited means she would only have a 50% chance. I’m afraid we will have to let her go. I’m not sure if we will bring her home to pass in her own time, or if we’ll let the vet give her peace.
I’m at work and Steve just called to ask me if I want to go say goodbye. I do but I don’t if that makes sense. If I become upset will I make it worse for her?”

But later on Saturday night, Steve updated us with good news: “Well, I have some good news , in the last 6 hours her blood count went back up to 19. We are leaving her there until tomorrow. The director of the clinic will contact us later this afternoon and we will make a plan for her but she may come home tomorrow. Some of you have asked if we need more funding and to be honest, I’m not sure and even if I was everyone has been so kind so far I can’t bring myself to ask for anything but love. If you wish to contribute you should know that all money will go to her what looks to be ongoing medical care. I think that there are others that may need help and we can’t expect so much. Thank all of you so very much”

I can’t tell you how big a sigh of relief was collectively sighed by the members of the Abyssinian Club on Facebook when that update came out!

Sunday morning, I woke up to this: “Sophie’s blood count is up to between 22 and 23. I’ll be getting her in around 3 hours. It will be good to bring her home. I I’ll have more for you later. Thank you all again for helping to make this happen!”

And then, this morning: “My little girls are hanging together. This is the 1 st time they have been apart. I glad Sophie is back home, but Sophie is so weak. I know she was a couple hours from death and she has come a long way but she has along way to go. I have been so happy that she lived that I lost sight of that. She is scrapper though and if anyone can make it it is her.”

As you can see, Phoebe is sticking as close to her sister as she can! These photos were taken about 18 hours apart…Sophie is still quite weak, but she seems to be on the mend. I haven’t heard what caused this illness beyond that it might be a flea-borne pathogen. I’ll be sure to keep you updated. It’s been amazing to watch, though: In four days, 131 people (at least two of whom were cats) from literally all over the world raised $4,185 to save this little Aby’s life. And that’s just as amazing as Sophie’s recovery!