You’ll find in many, many books and websites about cats in general or specific to Abyssinians, that this breed is often described as being “dog-like.” 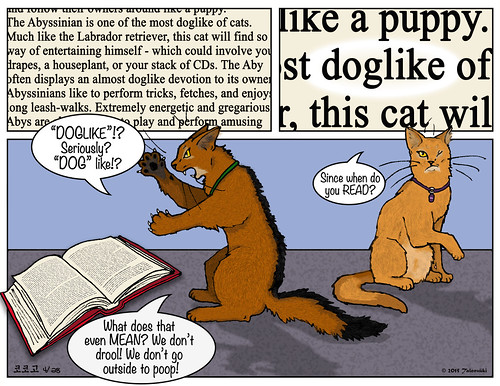 I mean, there’s even a YouTube video about it!

And while it is true that Abyssinians are one of the oldest breeds (going all the way back to 1860), and Abys have probably lived alongside humans for more of the breed’s history than other “natural” breeds (Abys are the first breed that was based on human’s desire to make a cat look a certain way rather than being based on a genetic trait like tailessness or thermo-restrictive partial albinism)…somehow, I don’t think they’d find being called “dog-like” exactly complimentary.