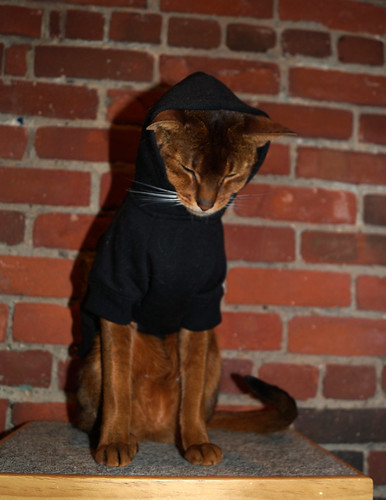 As you know, Sophie the Abyssinian started a worldwide effort to raise funds to try to save her life when she contracted a mysterious blood disease (we still don’t know what actually caused her illness). She was in the veterinary hospital over the weekend and finally rallied enough to return home. However, it wasn’t enough, and she relapsed. Yesterday, her human Steve updated Sophie’s GoFundMe page with this:

“Things are looking bleak for Sophie’s long term survival. She is peaceful now and seemed to have had a nice evening. She seemed to enjoy watching her sister Phoebe and her great aunt Lucy play with a feather toy. They would stop from time to time to wash Sophie’s head. Sophie has a vet appointment this morning and unless he tells me something different we will be saying goodbye. I will be posting more later on Facebook when I can bring myself to.

Some of you continue to contribute and We really are grateful. If I have any extra my plan is to take Lucy and Phoebe (the other two Abys) in for a check up. The will be donated to one of the few no-kill cat shelters we have here. I will update everyone layer once I know more.

Sophie put up a brave fight, if she wasn’t so young this wouldn’t be I so tragic. I will push this forward someday when I am back on my feet financially. We are so very grateful for all the love and support all of you have given us.” 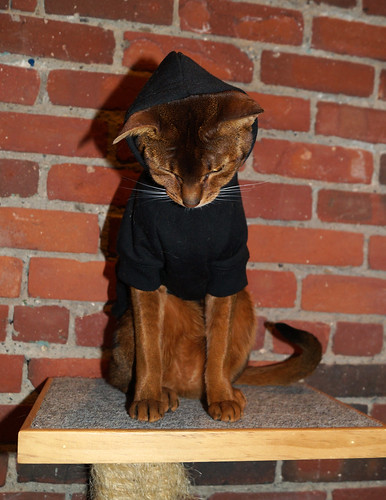 And then, a little later, he told the Facebook Abyssinian Cat Club:

“Sophie passed on to the rainbow bridge at 10:55AM Pacific time. It was very peaceful . I will post more later when I am more composed”

No one wanted to hear that, of course. Sophie united a world of Abyssinian lovers. In a week, $4,715 was donated from literally all over the globe to help save this little cat’s life – people sent money in from Finland, Sweden, Norway, France, Germany, the UK, Japan, Russia, New Zealand, Australia, and all over North America (and many other places I’m sure I’ve missed). We all had so hoped she would survive.

“Dear Sophie,
The long hard fight you fought is over, and its time for the warrior to rest.
Your spirit was too strong to be trapped in a failing body any longer, so we chose to set your spirit free.

No one could have fought harder than you did, but now it’s time to rest my brave one.
Mom’s Baby Cakes, Steve’s Coco, Ivan’s Beeper, and my Herman are all waiting to greet you on the other side of the bridge. You’ll find that they left your Batmobile parked on this end of the bridge. The keys are in the ignition, and there’s a jar of baby food in the glove box. Until we meet again remember that you are loved.

And Michelle Barr created this tribute to Sophie:

Jacoby and I (and many others around the world) are wearing black today in honour of Sophie. She was an amazing little Abyssinian who just reinforced the bond that all Abyssinian people have with each other. 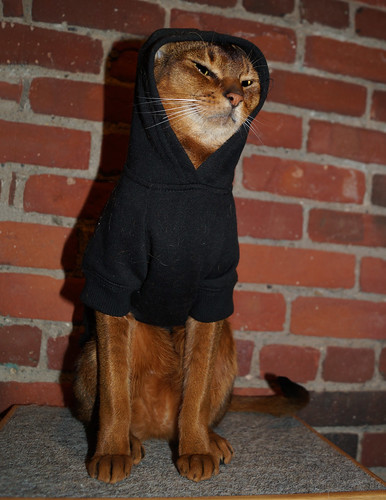 My heart has joined the Thousand, for my friend has stopped running today. Sleep well in Tuonela, dear Sophie.