There’s a meme going around with three cats at different levels, with the highest level cat being designated “Boss Chonk.” Well, we’re going to a cat show this weekend, and I bathed Izaak and Lorelai. I also bathed Alfred, to help get him used to bathing (something I should have started doing when he was younger). Whilst bathing these three, this meme inexplicably came to mind. 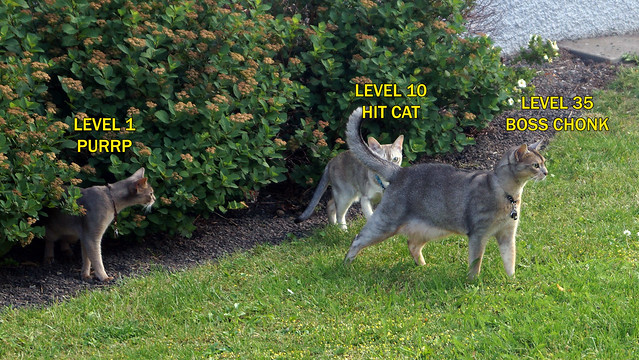 So…I made a thing.

The other day, watching TV, a commercial for small loans came on, featuring “typical Swedes.” The man in the advert is meant to be Lars Johansson (the Swedish version of “Joe Average”), complete with manbun. I laughed and said, “Jeez…And of course he has a manbun! Manbuns are so 2016!”

Which reminded me of the time I Photoshopped a manbun on Jacoby. I’m still pretty proud of this one.

Sad news. Tardar Sauce, known worldwide as Grumpy Cat and possibly the most famous cat on the planet, died on Tuesday from complications from a urinary tract infection. She was seven years old.

She was an inspiration to all cats who wanted to become a meme, and if it wasn’t for her, Boston may never have had Strollercat. I was pleasantly surprised by her Lifetime show, Grumpy Cat’s Worst Christmas Ever and I love the Grumpy Cat Weather App. I can’t believe she died so young.

I drew her, once, in a cartoon about the “Aby smile.” She was surprisingly difficult ti draw!

May StarClan light your path, and you find good hunting, swift running, and shelter when you sleep, Tardar.

A friend of mine on Facebook posted this fascinating article about why cats feel the need to accompany us in the bathroom, and it was infinitely relatable. Because Izaak sits outside the bathroom when I’m in it and YELLS until I open the door. 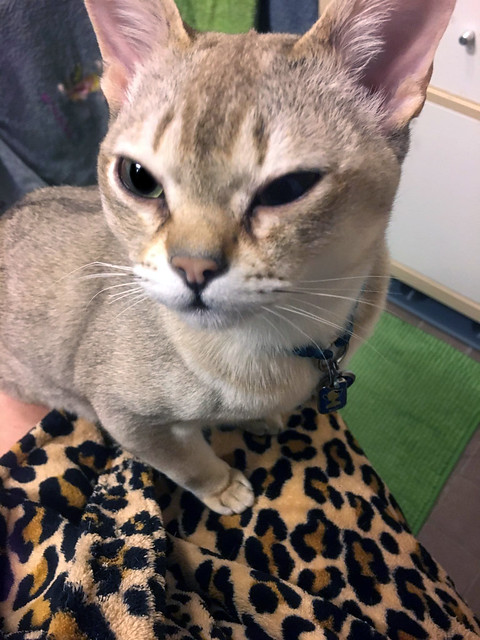 And when I open it…this happens.

This photo came up in my Facebook memories today, and I realised that I haven’t posted about what may be the most famous Singapura on the internet…but I reckon only a very few of you know his name.

Picky Chicken was the companion of Wendy Gosselin. He lost his battle with oral cancer at the age of 12 on 28 May 2014. But he will live forever as one of the winners of the greatest photoshop battles ever.

There are even more Photoshop battles involving Picky Chicken on Reddit.

If you haven’t seen the hilariously bad “professionally” retouched family photos a woman posted on her Facebook account last week, you just might want to click those two hyperlinks above and take a look. 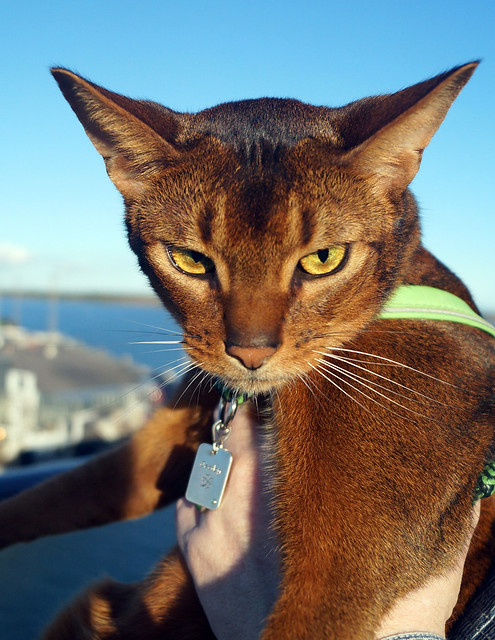 And, of course, some clever person figured out how to get this hot new Photoshop look that’s trending right now. A Finnish Photoshop expert created a tutorial on how to recreate the captivating and bewitching look. Well, I’m always up for a good Photoshop challenge (like the Woodpecker, Snowmobile, and Man Bun memes), so I thought I would try it on Jacoby and Angel. I took this photo of Jake (appropriately enough, on the ferry leaving Helsinki) and created the masterpiece at the top of this post

I couldn’t find a brightly-lit photo of Angel’s face, so I used this one of her in a tree: 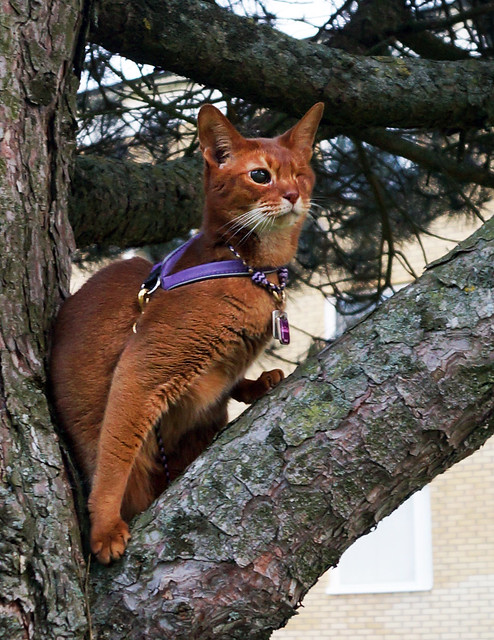 And I came up with this:

I don’t think it works quite as well with cats as it does with humans, because the unretouched hair is part of what make the faces look so…odd. I tried get the same effect with the ears, but it’s just not quite the same.